25th Anniversary Commemorative Medal for the Battle of Leyte Gulf 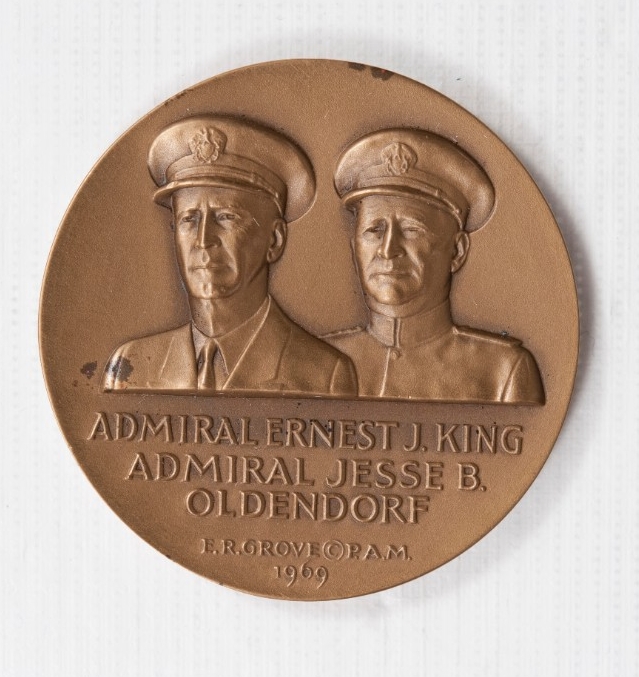 One bronze commemorative medal in honor of the 25th anniversary of the Battle of Leyte Gulf. The obverse contains raised bust depictions of Admiral Ernest J. King and Admiral Jesse B. Oldendorf. The artist’s name is in raised letters at the bottom "E.R. Grove Copyright P. A. M./1969." The reverse has a raised image of battleships in line in the water ready to cross the T.  Either side of the ships has raised letters "Battle of Leyte Gulf/October 22-27/1944." The rim is stamped "Medallic Art Co NY."

Admiral Ernest J. King was the Chief of Naval Operations during World War II and served as the Commander in Chief of the United States Fleet. He was promoted to the rank of Fleet Admiral on 17 December 1944, becoming the second of only four men to hold the rank.

Admiral Oldendorf was able to redeem himself from his alleged mistake at Peleliu during the Battle of Surigao Strait. On 24 October 1944, as commander of Task Group 77.2 aboard the USS Louisville (CA-28), Oldendorf deployed his ships in a battle line formation enabling a successful “crossing the T” maneuver resulting in the sinking of the Japanese battleships Fusō and Yamashiro. The Battle of Surigao Strait marks the last time this maneuver has been performed in battle.  The efforts of Task Group 77.2 prevented the Japanese fleet from entering Surigao Strait and secured the beachheads at Leyte. Admiral Oldendorf earned the Navy Cross for his actions during the Battle of Leyte Gulf. 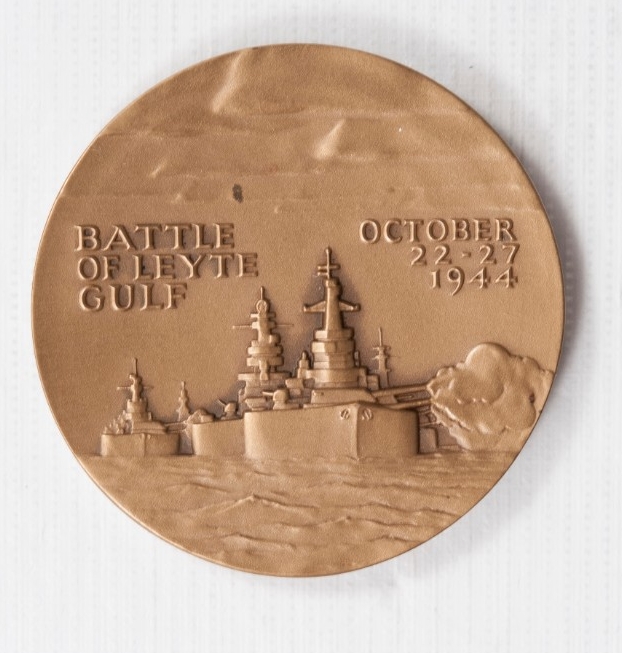