Commemorative Medal for the Departure of the Great White Fleet 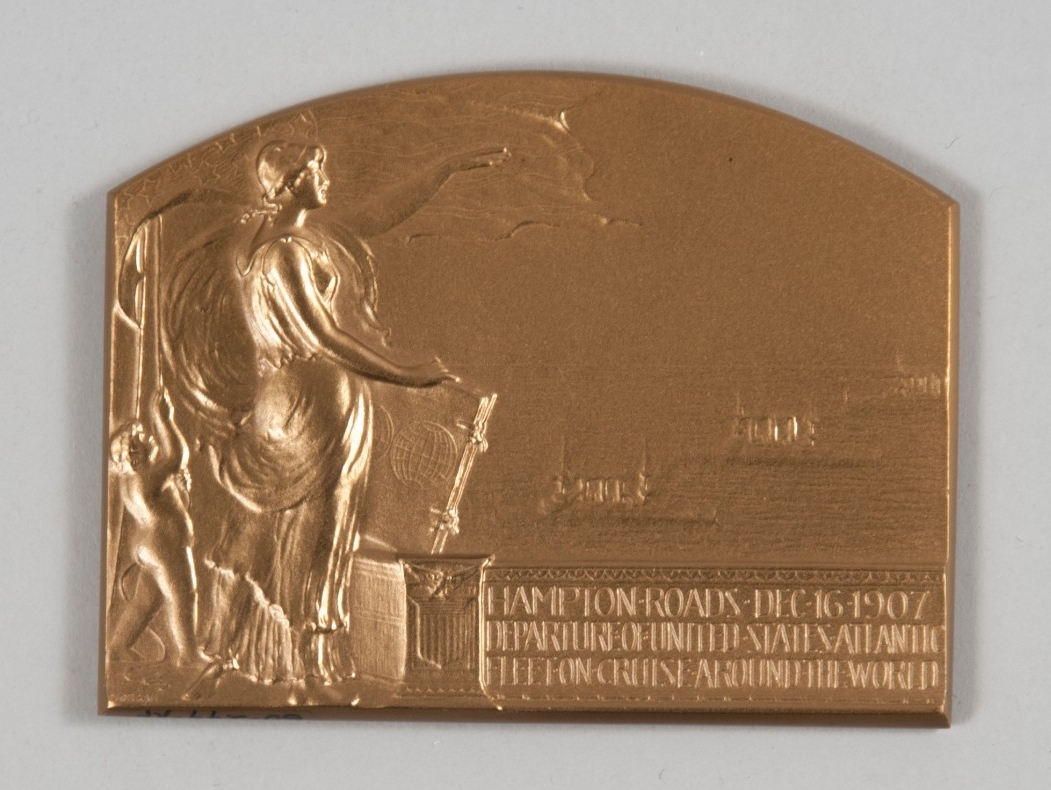 One bronze struck medal that is rectangular shaped with a curved top edge. The obverse shows a bust of Theodore Roosevelt. In front of the bust reads, "THEODORE/ROOSEVELT". Below the text is an anchor circled by a laurel wreath and a rolling rope underneath. Behind the bust reads, "PRESIDENT/OF THE/UNITED/STATES". The medal is signed on the bottom corner behind the bust, "BARBER".

On the reverse is a classical female figure holding an atlas and pointing out towards three battleships heading out to sea. Behind her is a putto (naked child) using rope to raise an American flag. At the bottom is a wall with a pedestal with a shield and eagle on it. Engraved letters on the wall read, "HAMPTON ROADS DEC 16 1907/DEPARTURE OF UNITED STATES ATLANTIC/FLEET ON CRUISE AROUND THE WORLD". Below the putto, the medal is signed, "MORGAN".

This medal, struck by the US mint, commemorates the departure of the "Great White Fleet" from Hampton Roads, Virginia on 16 December 1907. The nickname of the fleet comes from the ship's white hulls, the Navy's peacetime color scheme. The fleet consisted of 16 battleships and their various escorts and was manned by 14,000 sailors. President Theodore Roosevelt wanted to demonstrate the United States' new standing as a naval super power. The fleet served as a message of goodwill to allies as well as a warning to potential adversaries of the Navy's capabilities to protect US interests.  The fleet circumnavigated the earth, covering 43,000 nautical miles and making twenty ports of call on six continents. After a 14-month voyage, the fleet arrived back in Hampton Roads, VA on 22 February 1909.

This example is likely a 1960 restriking of the original medal. 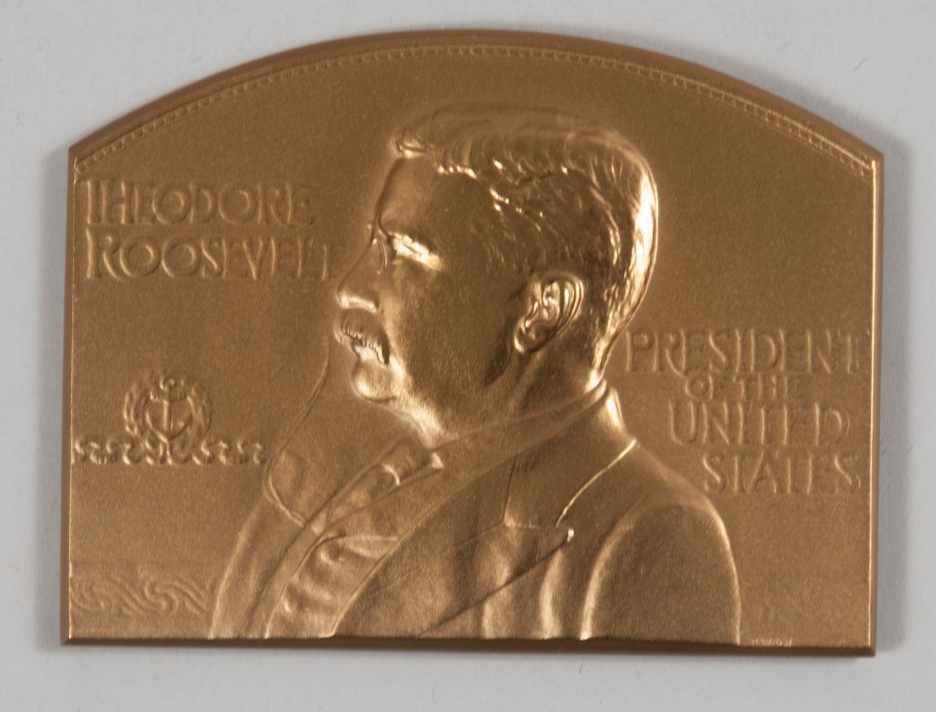