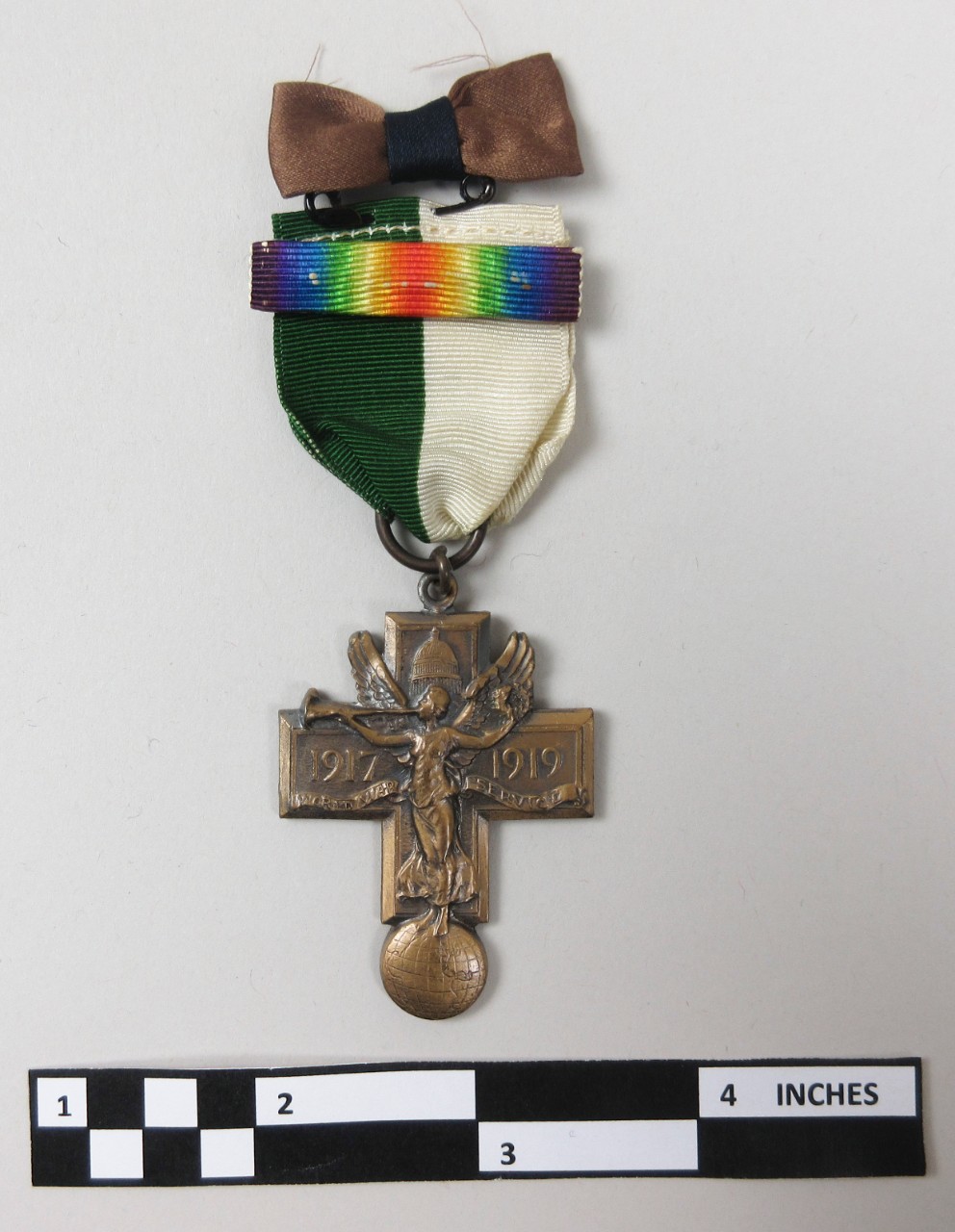 One medal for service in the District of Columbia. The obverse of the medal is a Greek Cross atop a globe. On the globe is a depiction of Columbia holding a wreath of victory and a trumpet of triumph. The dates 1917 and 1919 appear on the horizontal arms of the cross above a scrolling ribbon bearing the words "World War Service". The US Capitol dome appears behind Columbia's head on the upper vertical arm of the cross. The reverse of the medal bears the legend "Presented / by the / citizens of / the District of Columbia / February 1919". Engraved in the blank space is "Elisabeth Leonhardt / Chief Nurse / U.S. Navy / Nurse Corps" inside the globe is "Made for / Berry & / Whitmore / by / The Roberts Co / Attleboro / Mass" The ribbon is green and white and is tapered to a suspension ring that attaches to the top arm of the cross. There is no pin and clasp for the medal. Attached to the top is a World War I Victory Medal ribbon and a brown bow with a black center.

There were twelve states along with Washington DC that issued medals for their citizens in addition to the World War I Victory Medal. The District of Columbia medal was issued to correspond with the Festival of Peace that was supposed to take place in February of 1919. The actual celebration took place in June of 1919, but the date was maintained on the medal. The Berry & Whitmore company was a jeweler in the DC area that acted as an intermediary between the festival coordinators and the Robbins Co.

In 1908, President Roosevelt signed the bill establishing the Navy Nurse Corps, making it the first Navy program to officially employ women. The recipient of this medal, Elisabeth Leonhardt, was one of the first twenty women selected as nurses, referred to as the Sacred 20. Leonhardt was born in Herndon, VA around 1868. During her career, she held the position of Chief Nurse in Guam, and at Naval Hospital Norfolk. She was Principal Chief Nurse at Naval Hospital Puget Sound and also served aboard the USS Mercy. Leonhardt retired from the Navy in 1928 as a Lieutenant Junior grade. 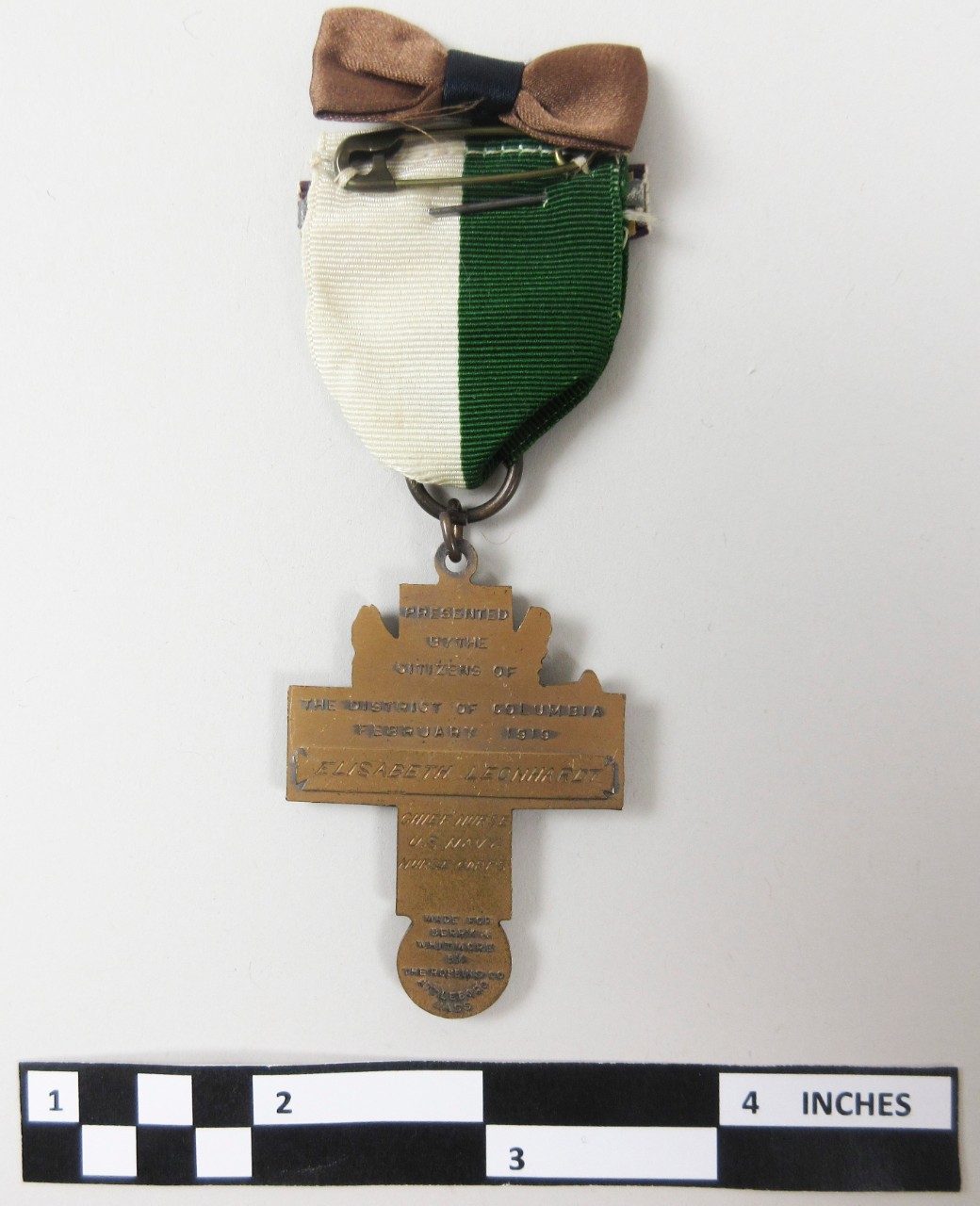