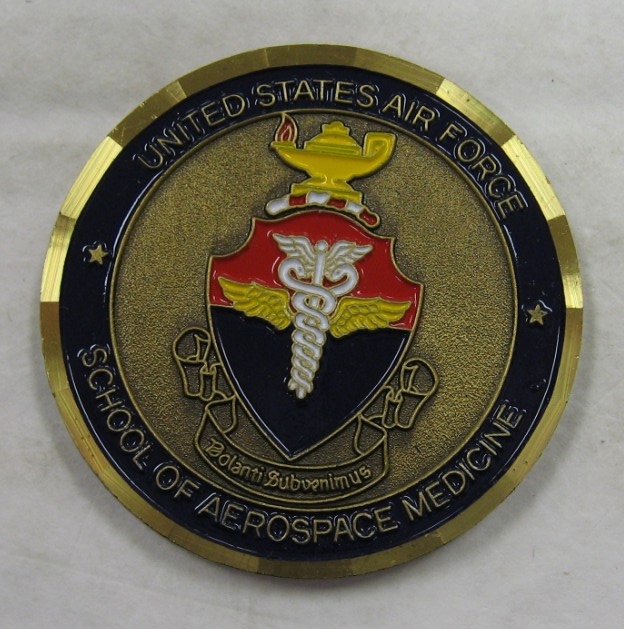 This commemorative medallion from the United States Air Force School of Aerospace Medicine (USAFSAM). In the center of the bronze medallion is an enamel shield of the USAFSAM which consists of a winged caduceus superimposed on a red and blue shield. Above the shield is a lit yellow oil lamp. Below the shield is a banner with the inscription “Dolanti Subvenimus.” Around the circumference of the medallion are the words “United States Air Force / School of Aerospace Medicine. The image on the reverse of the medallion is a globe with grid lines with a helicopter, field hospital tents, and an ambulance, surrounded by six stars. To the left of the globe is a jet in flight. Above and below the globe are banners with the inscription “Team Aerospace / USAFSAM.”

The United States Air Force School of Aerospace Medicine is an internationally renowned center for aerospace education, research, and operational consultation. It is one of the oldest schools for training flight surgeons and other operational medical personnel. Captain David Brown may have attended USAFSAM as part of his training to be a flight surgeon with the US Navy or later in his career training to be a NASA astronaut. This medallion was among the collection of material from Captain Brown that was donated to NHHC in 2007. 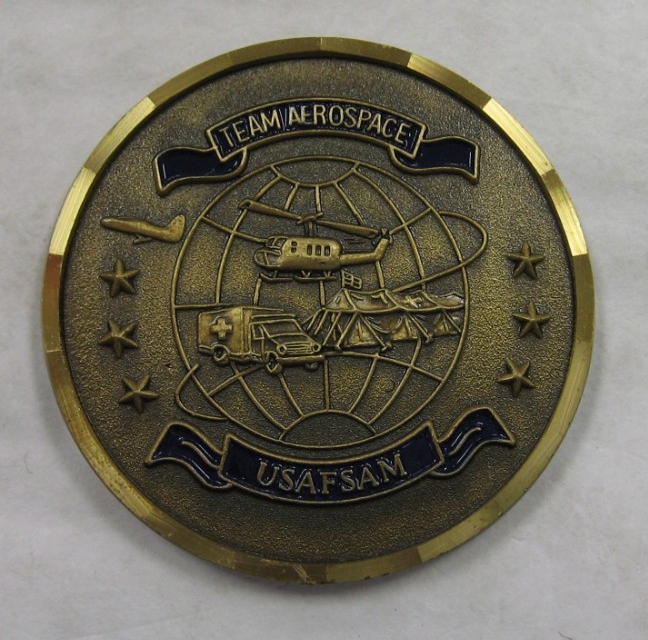