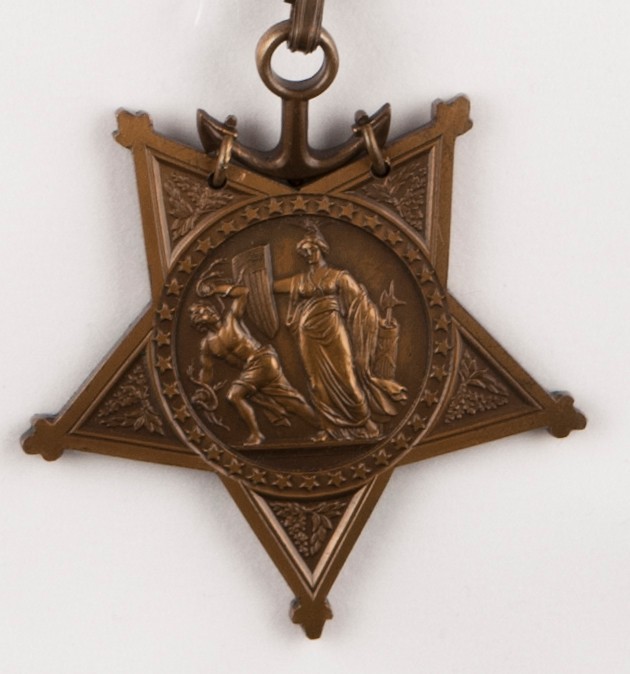 Reverse: engraved "Chief Water Tender Peter Tomich US Navy, Deceased / For Distinguished Conduct in the line of his profession on occasion Japanese Attack on Pearl Harbor, Territory of Hawaii, December 7, 1941."

Citation for Award: For distinguished conduct in the line of his profession, and extraordinary courage and disregard of his own safety, during the attack on the Fleet in Pearl Harbor by the Japanese forces on 7 December 1941. Although realizing that the ship was capsizing, as a result of enemy bombing and torpedoing, Tomich remained at his post in the engineering plant of the USS Utah, until he saw that all boilers were secured and all fireroom personnel had left their stations, and by so doing lost his own life. 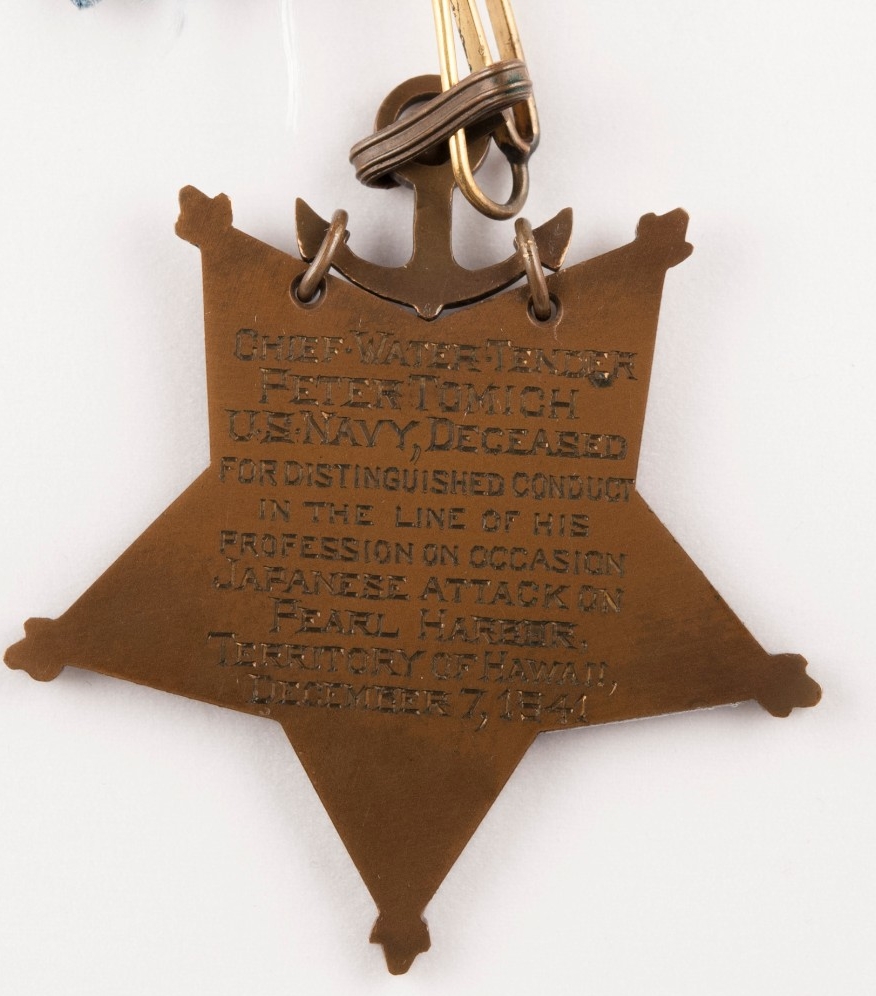 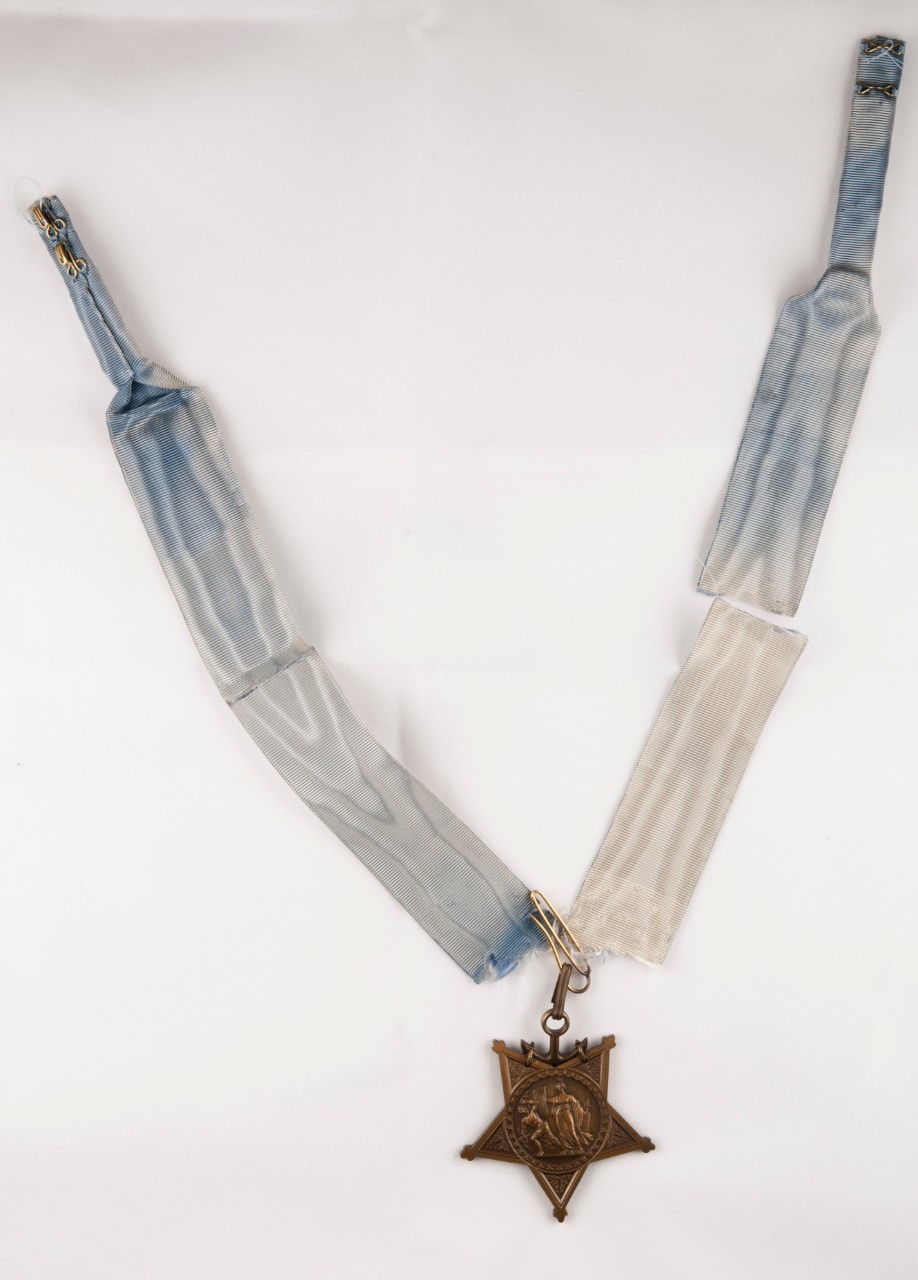