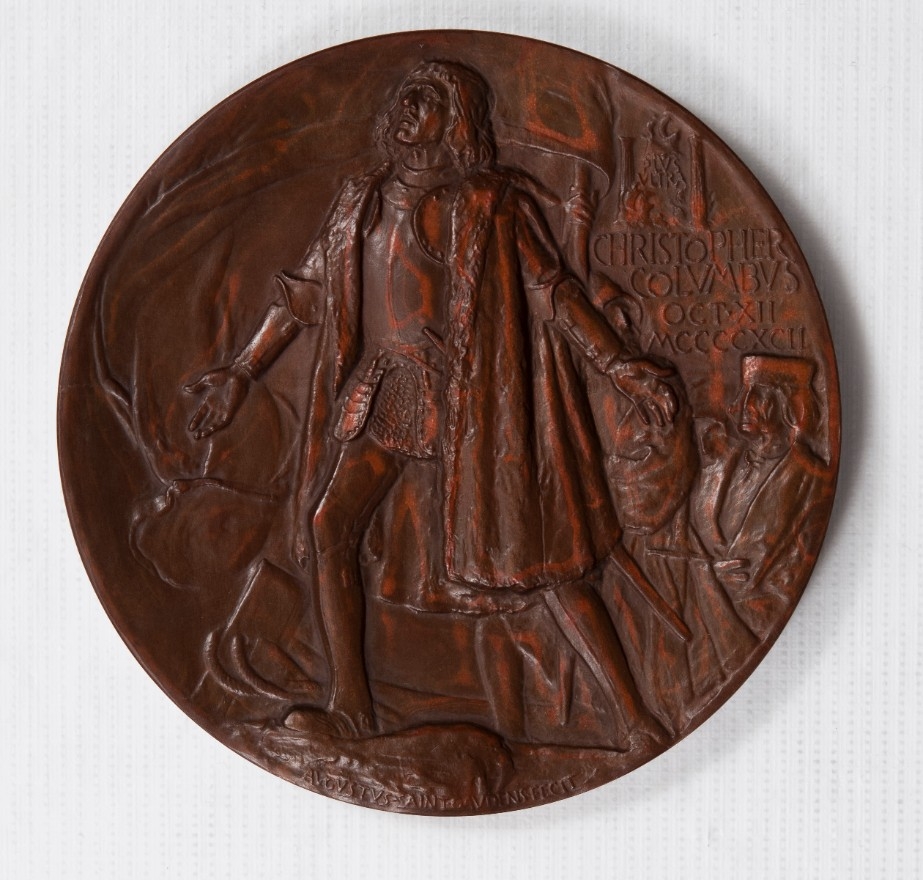 One bronze medal commemorating the 1893 Chicago World’s Fair, also known as the World's Columbian Exposition. The medal is circular in shape. The obverse has a relief design of a full-length figure of Christopher Columbus in armor and cloak, head upraised, arms outstretched, stepping ashore on the soil of the New World. Three companions are behind him to the right, one carrying a billowing flag. In the field to the right of the image is the motto “PLVS / VLTRA” within the Pillars of Hercules. Below this is text “Christopher / Colvmbvs / Oct. XII / MCCCCXCII.” Below the image is the inscription “Augustus Saint Gaudens Fecit.”

The reverse has a large central cartouche with the inscription “World’s Columbian Exposition / in Commemoration of the / Four Hundredth Anniversary / of the Landing of Columbus / MDCCCXCII MDCCCXCIII / To United States Navy.” The cartouche is flanked on both sides by two flaming torches. Above the cartouche is a globe flanked on the left by winged Fame blowing a trumpet and on the right by winged History inscribing it. Below the cartouche is a port broadside view of a sailing ship, possibly the Santa Maria. Below the ship is the inscription “C.E. Barber Fecit.”

The World's Fair of 1893 in Chicago commemorated the 400th anniversary of Christopher Columbus arriving in the New World. Among the exhibits at the fair was a full-size mock-up of the new steel Indiana-class battleship. They named the exhibit USS Illinois. The new steel navy began in 1891 and was the first to use electrical components on the ship. The mock-up had fully functioning electrical components to demonstrate the new technology. The ship could only be a mock-up because a full-size battleship built on the Great Lakes would not be able to leave as the Sanitary and Ship Canal had not yet been built. Other reasons the actual ship could not be exhibited include battleships on the Great Lakes violated the Rush-Bagot Treaty, which limited naval armaments on the Great Lakes. The USS Illinois mock-up was made of brick, steel, and concrete and made to appear to be moored to the wharf. Every effort was made to make the ship appear authentic to the audience including a detatchment of Navy sailors assigned to the ship performing drills and duties. Following the closing of the fair in October 1893, the mock-up ship was dismantled. 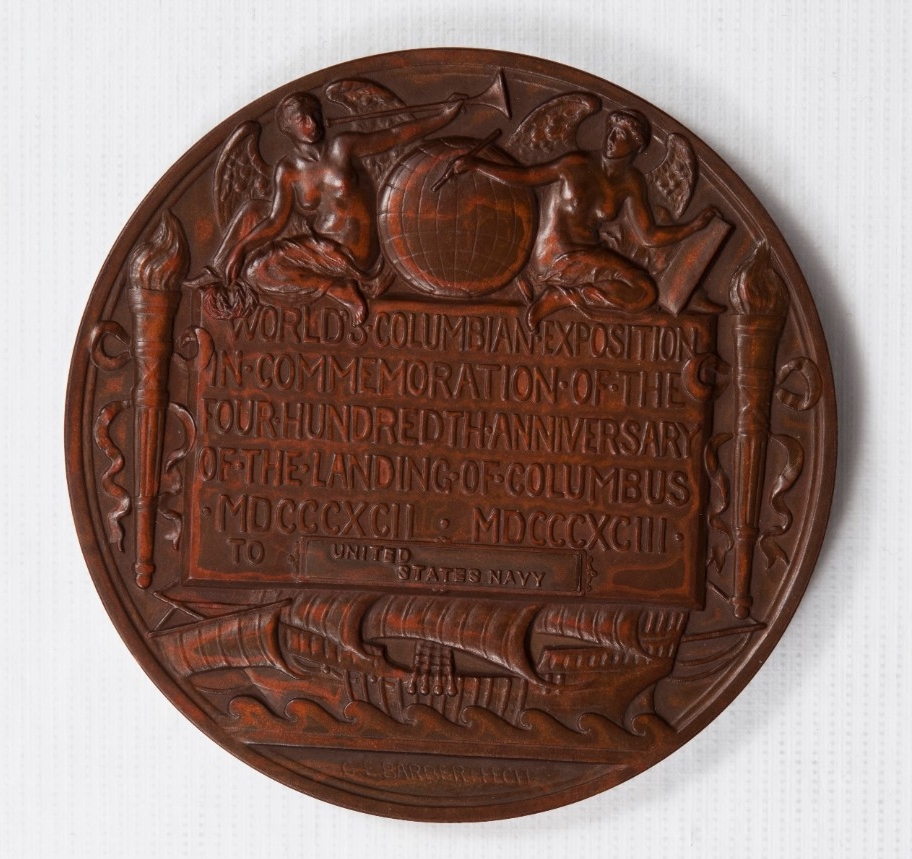