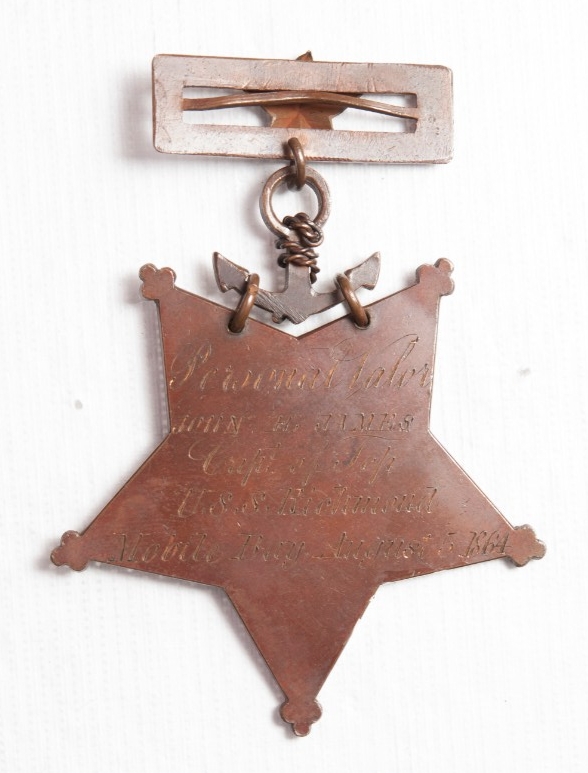 Citation for Award: As captain of a gun on board the USS Richmond during action against rebel forts and gunboats and with the ram Tennessee in Mobile Bay, 5 August 1864. Despite damage to his ship and the loss of several men on board as enemy fire raked her decks, James fought his gun with skill and courage throughout a furious 2-hour battle which resulted in the surrender of the rebel ram Tennessee and in the damaging and destruction of batteries at Fort Morgan. 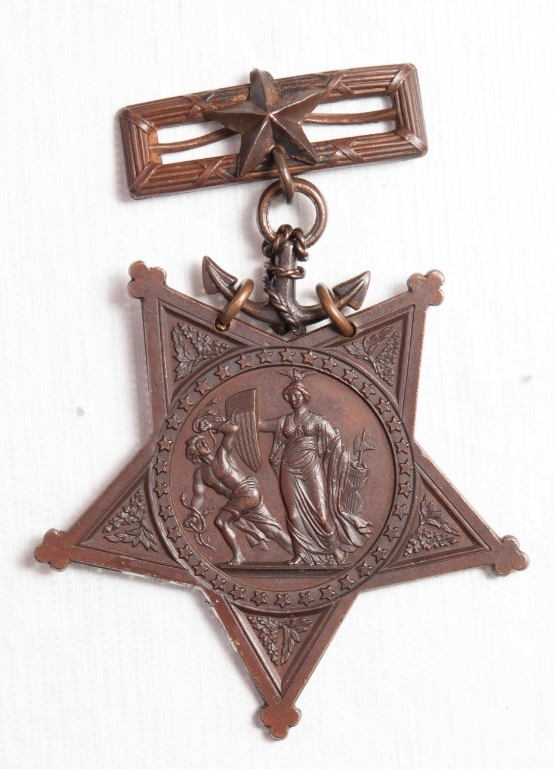