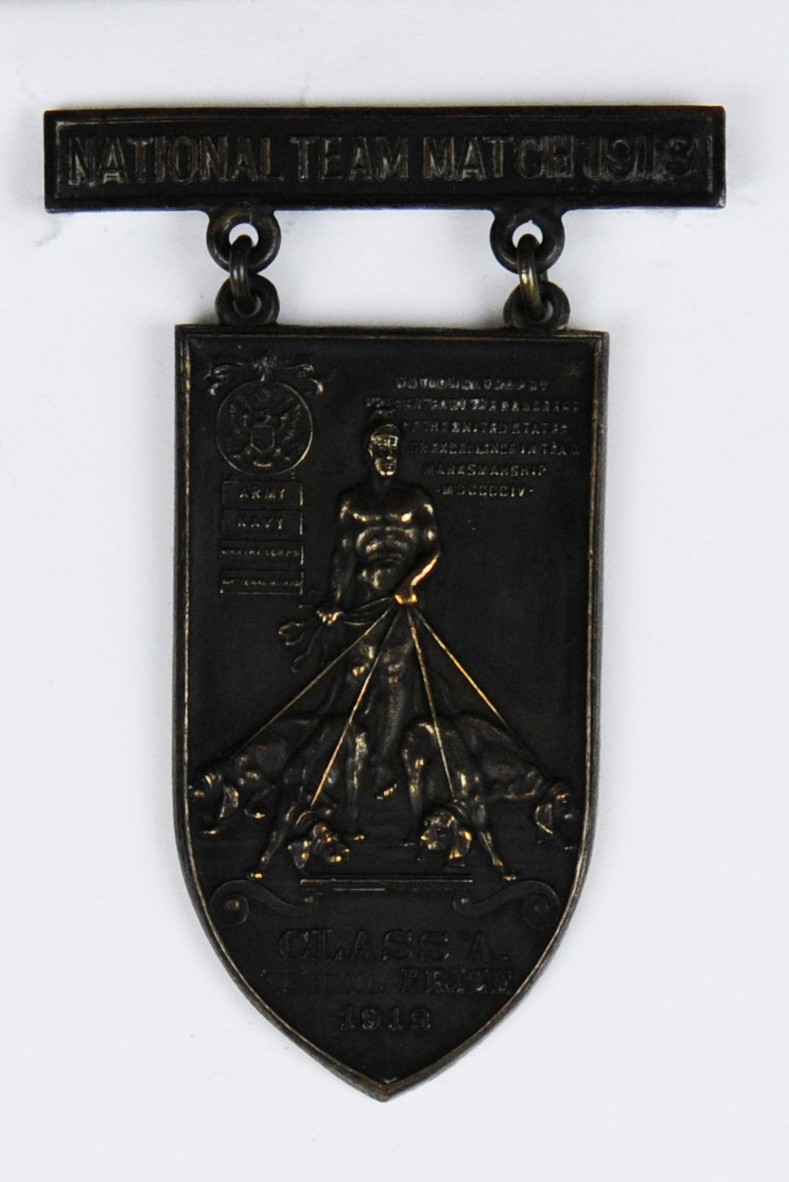 In an effort to increase military marksmanship and preparedness in the defense of the Nation, legislation was developed in 1903 to hold national marksmanship matches. This legislation was authorized by Congress in Army General Order #61. The teams representing all branches of the military were competing for the trophy called “Dogs of War.” The first matches were held at Sea Girt, NJ in 1903, followed by Ft Riley, KS, in 1904.  In 1906, Camp Perry, OH, named in honor of Commodore Oliver Hazard Perry, became the home of the National Matches. Carl T. Osburn medaled in these events multiple times.

Obverse is a depiction of "The Dogs of War" with a man holding dogs on leashes. The proper left has a National Seal medal with tabs below depicting Army, Navy, Marine Corps, and National Guard. The proper right text reads "National Trophy Presented by the Congress of the United States for Excellence in Team Marksmanship MDCCCCIV." The pin and clasp at top is attached with two rings. The text on the bar reads "The National Team Match." "Class A Second Prize 1913" is etched below the Dogs of War. 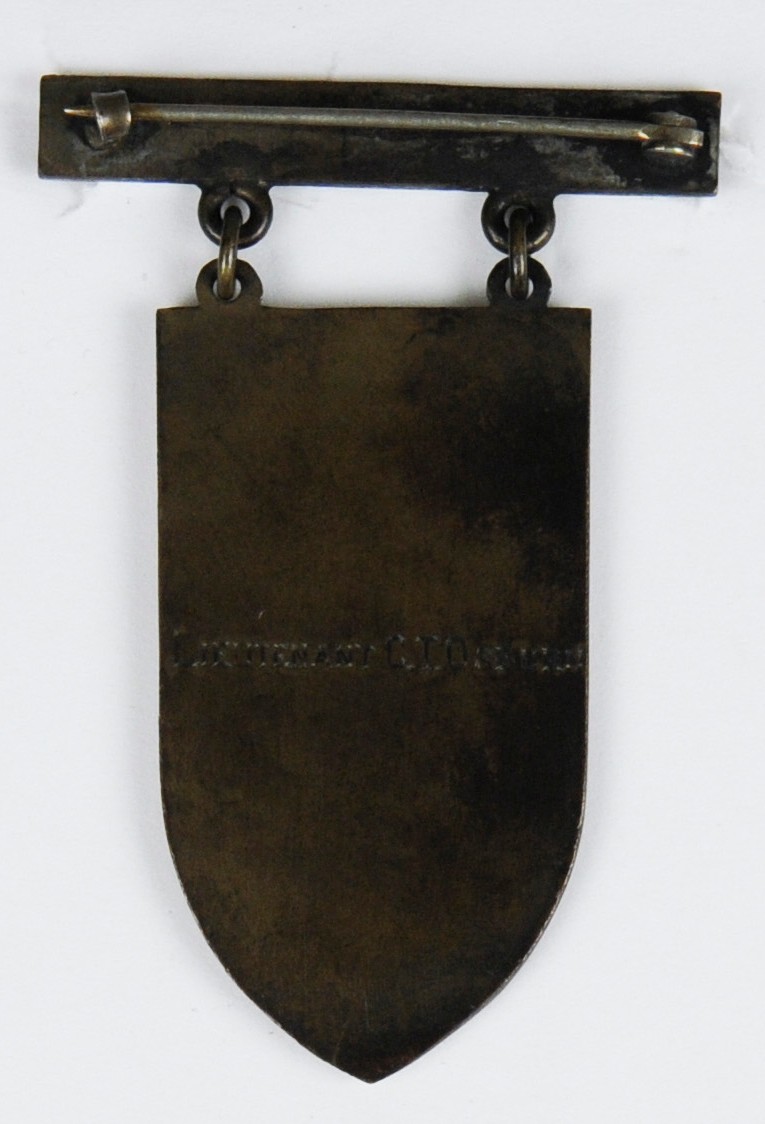