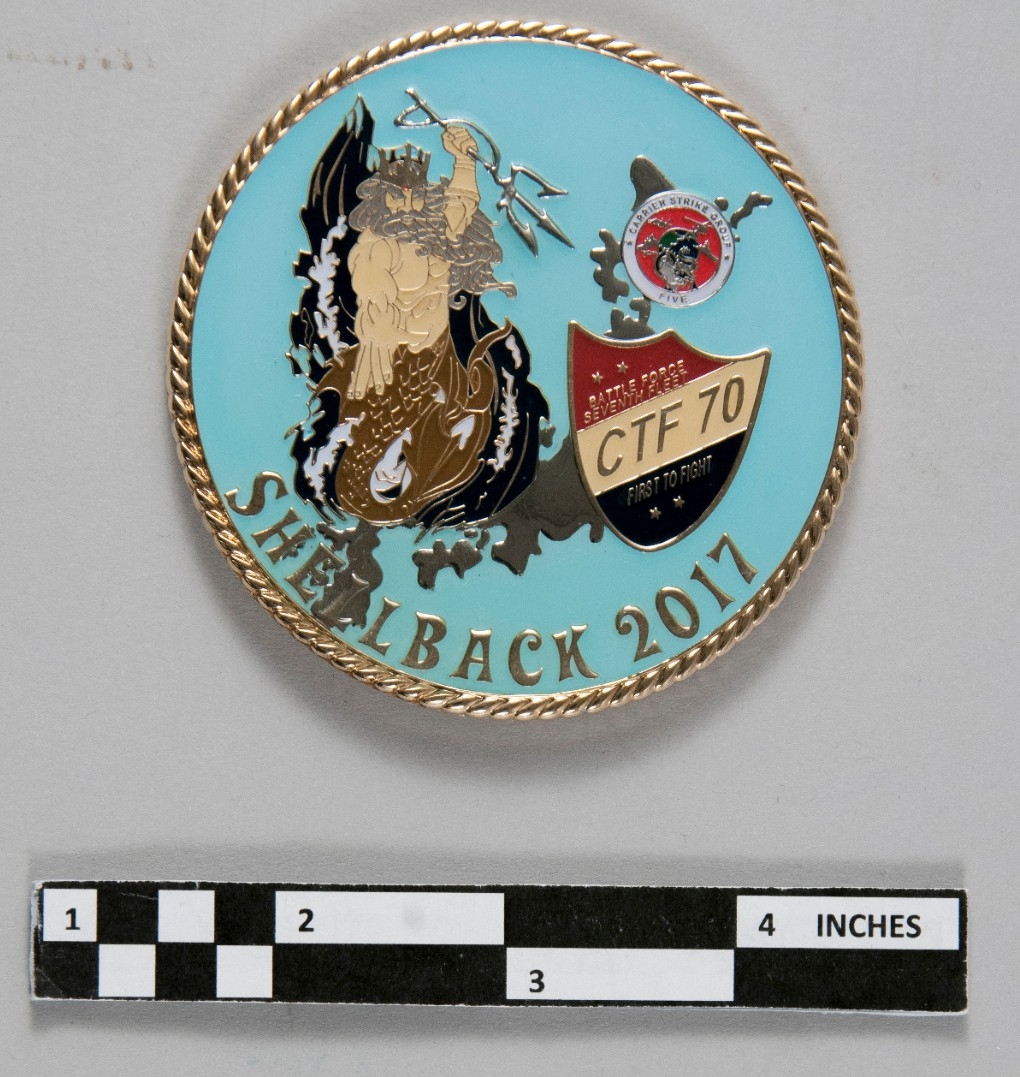 This coin is rather large in size for a challenge coin and is rich in color. It commemorates the crossing the line for a "Shellback" from Carrier Task Force (CTF) 70 in 2017. The obverse has a colorful depiction of the Imperial Order of Neptune in blue with shield insignias for Carrier Strike Group Five and Commander of Task Force 70, Battle Force Seventh Fleet. The reverse shows a turtle in red kelp with a black ring around the edge marked "Neptuni Imperium Regis / Commander Task Force 70"