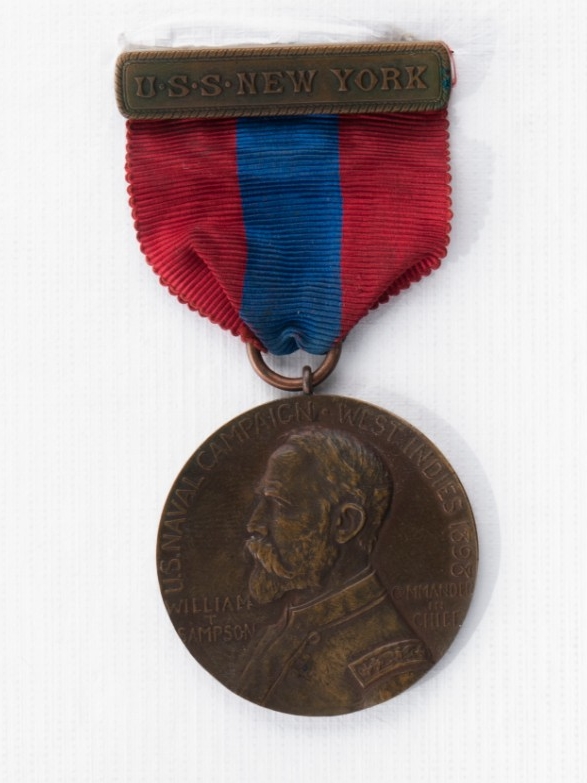 One bronze West Indies Naval Campaign Medal issued to Joseph Feinbloom. The obverse image of the medal is a relief engraved profile bust of William T. Sampson. Text around upper edge of the medal reads // U.S. Naval Campaign / West Indies 1898 // Text on proper right reads // William / T / Sampson // Text on proper left reads // Commander / in / Chief // The image on the medal reverse is a relief engraving of a Navy officer directing a Sailor with an armed Marine nearby. They are standing on a block engraved with the text // Santiago De Cuba / July 3. // The medal is suspended from a red-blue-red striped ribbon. The pin and clasp bar reads U.S.S. New York. The lower rim of the medal is engraved // Joseph Feinbloom //

The West Indies Naval Campaign Medal, also called the Sampson Medal or Medal Commemorating Naval Engagements in the West Indies, is a commemorative medal authorized by Congress in 1901 for combat operations during the Spanish-American War.

As the inscriptions on this medal indicate, this medal was issued to Joseph Feinbloom who served aboard the USS New York (ACR-2) during the Battle of Santiago de Cuba, 3 July 1898. 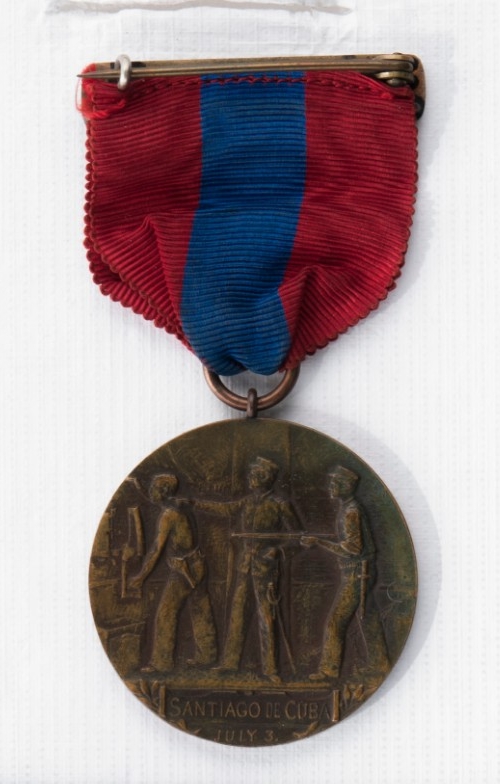 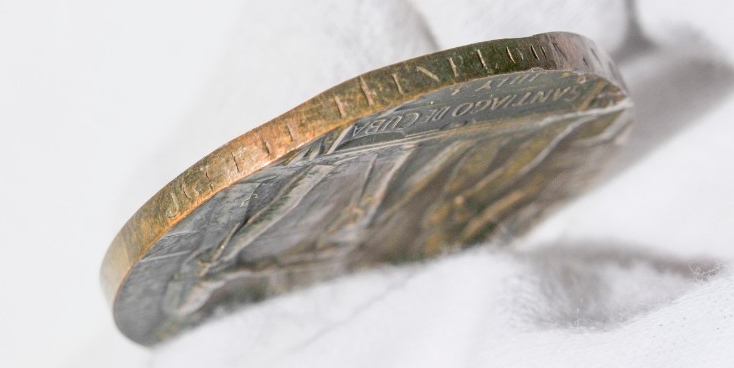