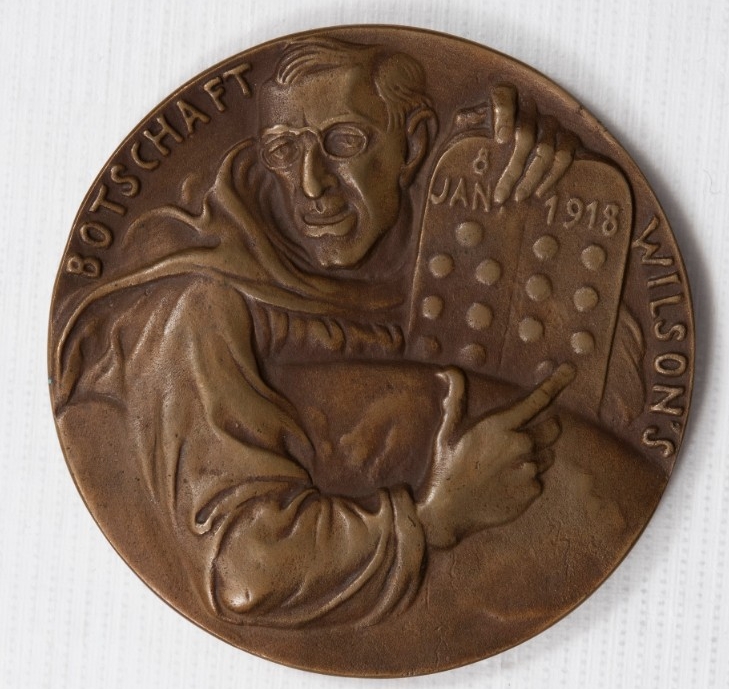 One Karl Goetz propaganda medal. The medal is bronze and circular in shape. The obverse depicts American President Woodrow Wilson with one arm leaning on a globe and holding a table of laws containing fourteen dots, symbolic of Wilson’s Fourteen Points speech, in his other hand. The top of the tablet has the date 8 Jan 1918. Along the edge of the medal face is the German text “Botschaft Wilson’s” (Wilson’s Message). The reverse has the dove of peace, with wings outstretched, holding in its talons is a table of law with four dots, symbolic of Wilson's four additional points. The tablet has the date 12 Febr 1918 at the top. Behind the dove is a pair of scales with a German infantry helmet serving as each scale. German text around the face of the medal reads “Programm-welt-Friedens" (Programs of world peace). The initials KG are embossed in the field under the bird.

This Goetz medal, entitled "America's Peace Terms," caricatures Wilson and the fourteen points that he outlined as necessary for peace to be achieved in World War I. He presented his point to the US Congress on 8 January 1918.

The artist of this medal, Karl Goetz, was a German sculptor who created over 633 works in his lifetime. A significant portion of these were highlighting important events of the time. One of his most significant works was the depiction of the sinking of the Lusitania. His works spanned the war histories of World War I and World War II for Germany. 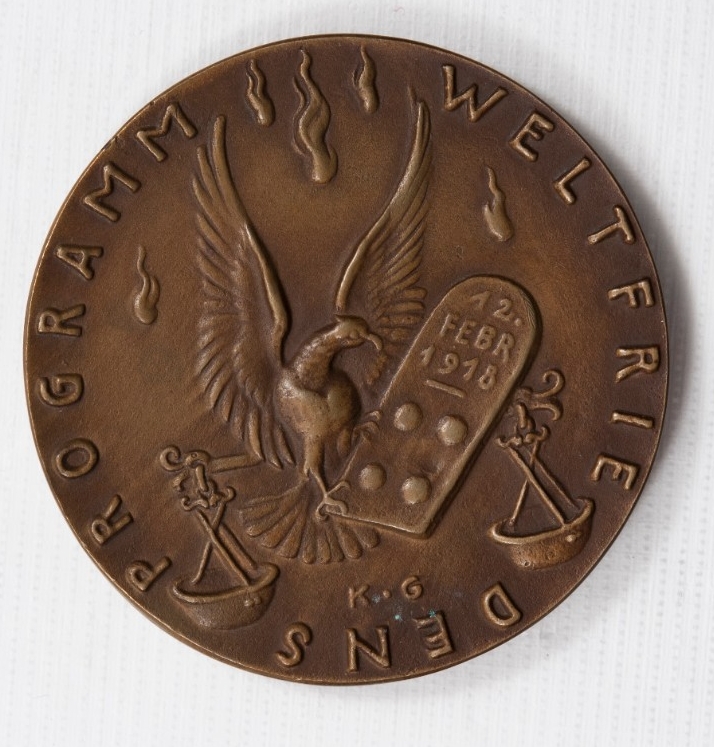