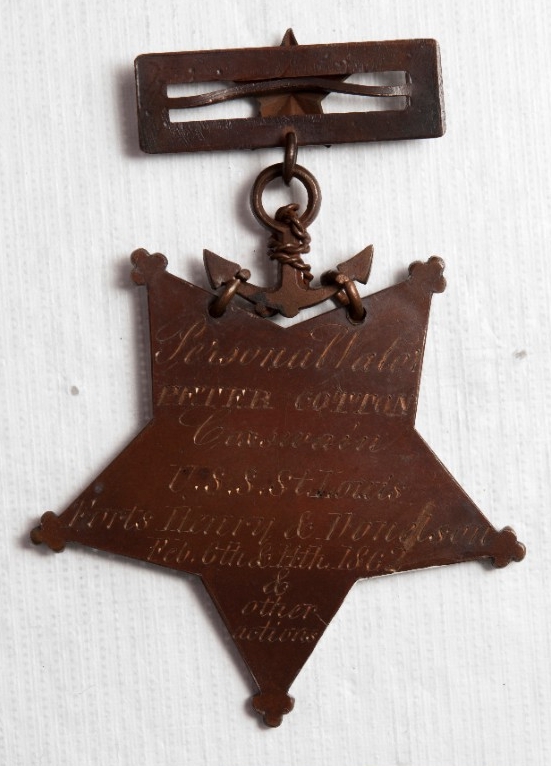 Citation for Award: Cotton served on board the USS Baron De Kalb in the Yazoo River (Mississippi) expedition, 23 to 27 December 1862.

Proceeding under orders up the Yazoo River with the object of capturing or destroying the enemy's transports, the Baron De Kalb came upon the Confederate steamers John Walsh, R.J. Lockland, Golden Age, and the Scotland sunk on a bar where they were ordered to be burned in order to block Union gunboats. Continuing up the river, the Baron De Kalb was fired upon, but, upon returning the fire, caused the enemy's retreat. Returning down the Yazoo, she destroyed and captured large quantities of enemy equipment and several prisoners. Serving bravely throughout this action, Cotton, as Coxswain, "distinguished himself in the various actions." 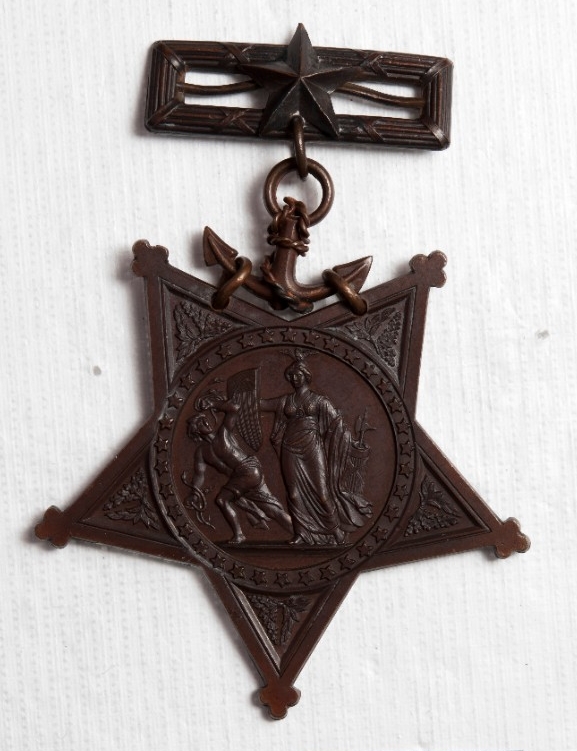