Commemorative Medal for the Repatriation of John Paul Jones 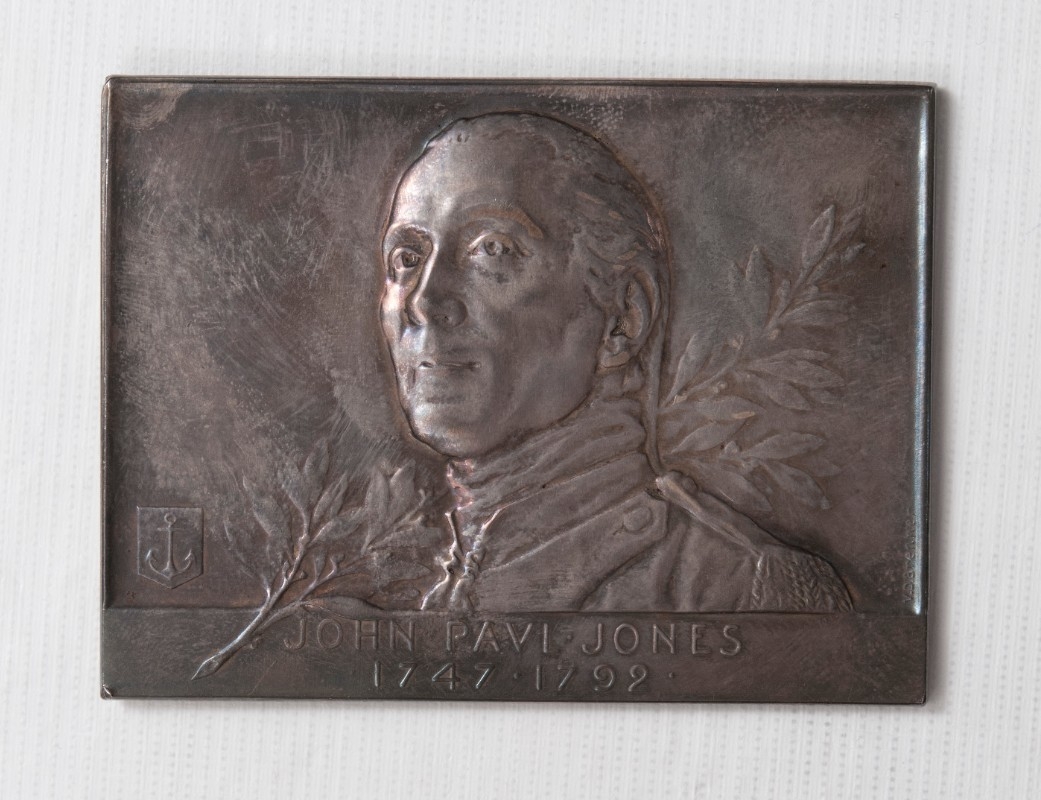 One commemorative medal for the repatriation of the remains of John Paul Jones. The medal is stamped silver rectangle. The obverse bears a three-quarters left front bust of Jones with a laurel branch behind him. At the lower left corner is a shield with an anchor. In a panel at the bottom are the words "JOHN · PAVL · JONES / · 1747 · 1792." The medal is signed along the left edge V. D. Brenner. The reverse depicts winged Fame blowing a trumpet at right. In the upper background is a funeral procession proceeding from left to right. Text at the top reads "AMERICA · CLAIMS · HER · ILLVSTRIOVS · DEAD." At the bottom are the words "PARIS · ANNAPOLIS · 1905."

After Jones's death in July 1792, Frenchman Pierrot Francois Simmoneau donated over 460 francs to inter the body. It was preserved in alcohol and interred in a lead coffin. In 1905, the newly appointed American Ambassador to France, Horace Porter, took up the mission to locate and retrieve the remains of John Paul Jones. Following its disinterment, Jones's body was brought to the United States aboard the USS Brooklyn (CA-3) escorted by three other cruisers. On approaching the American coastline, seven U.S. Navy battleships joined the procession escorting Jones's body. On 24 April 1906, Jones's coffin was installed in Bancroft Hall at the United States Naval Academy, Annapolis, Maryland, following a ceremony in Dahlgren Hall, presided over by President Theodore Roosevelt who gave a speech paying tribute to Jones and holding him up as an example to the officers of the Navy. On 26 January 1913, the Captain's remains were finally re-interred in a magnificent bronze and marble sarcophagus at the Naval Academy Chapel in Annapolis.

Created by the Paris Mint to commemorate the occasion, there were only 201 of these medals made. 1 cast in gold, 100 in silver, and 100 in bronze. 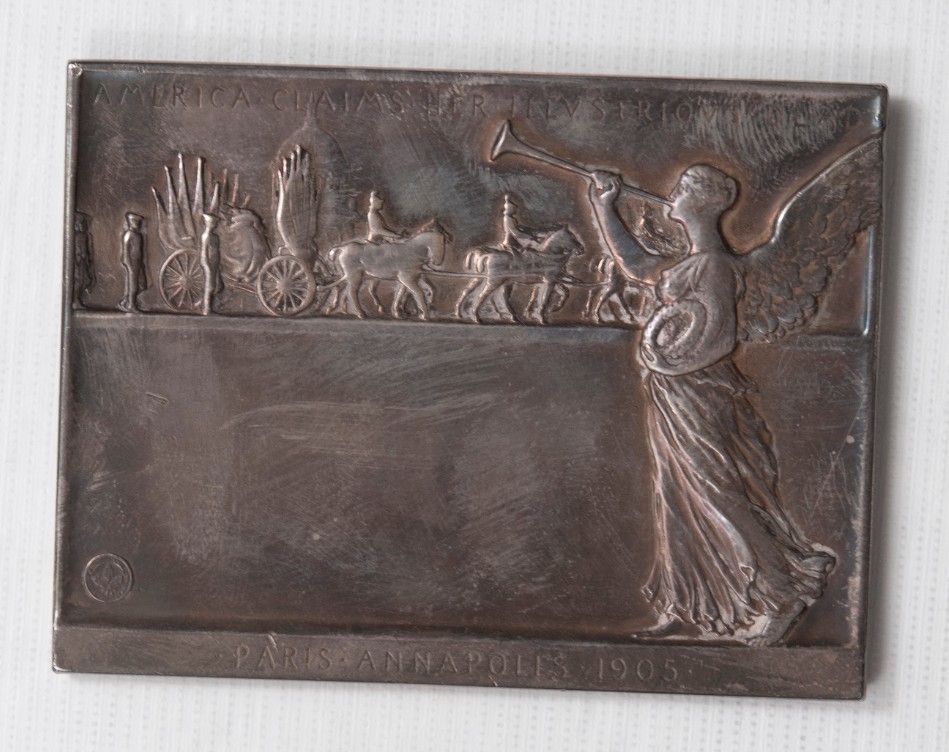