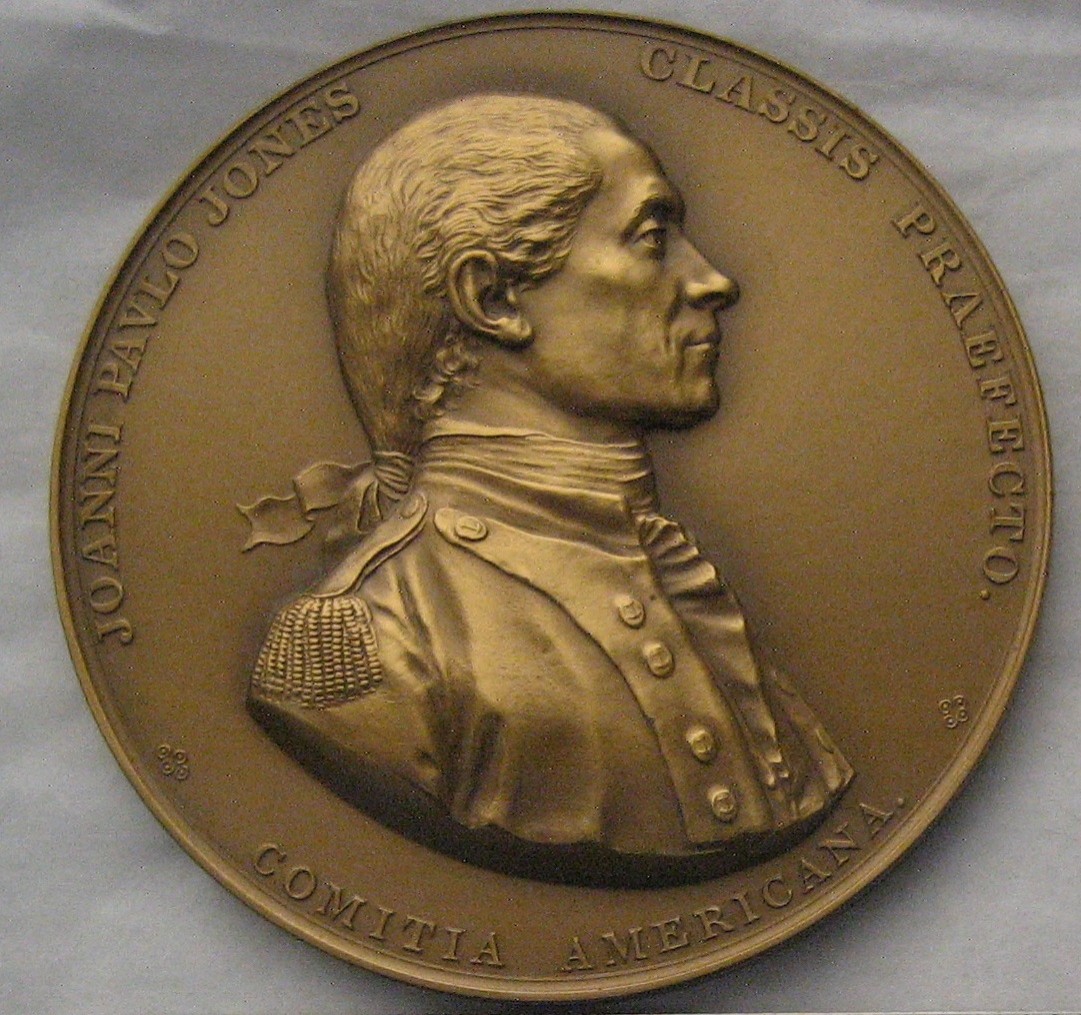 One bronze re-strike Congressional Medal issued to Captain John Paul Jones. The obverse has a profile bust portrait of Jones in uniform with Latin around the edge reading "JOANNI / PAVLO / JONES / CLASSIS / PRAEFECTO / COMITIA / AMERICANA." The reverse depicts a smoking USS Bonhomme Richard, with holes in her side and sails, facing left in front of the foremast and bowsprit of HMS Serapis. Sailors and rubbish are visible in the water. USS Alliance is in the background. Latin around the edge reads "HOSTIVM / NAVIBVS / CAPTIS / AVT / FVGATIS / AD / ORAM / SCOTIAE / XXIII / SEPT / MDCCLXXVIIII."

The Comitia Americana medals were created after a vote by the Continental Congress in March 1776. The congress commissioned the creation of a series of medals to be given to American heroes, foreign royalty, dignitaries, and even universities as a continued declaration and celebration of American independence. The scene on the reverse depicts the Battle of Flamborough Head where Jones’s ship USS Bonhomme Richard engaged and captured the HMS Serapis. In 1787, the United States Congress passed a resolution to present Jones with a gold-struck version of this medal. This medal was only the fifth Congressional Medal awarded, the first naval medal authorized by Congress, and the only medal to commemorate a naval victory. To date, there have been 163 medals awarded. This medal is a post-1863 re-strike, evident by the exclusion of the sculptor's name. 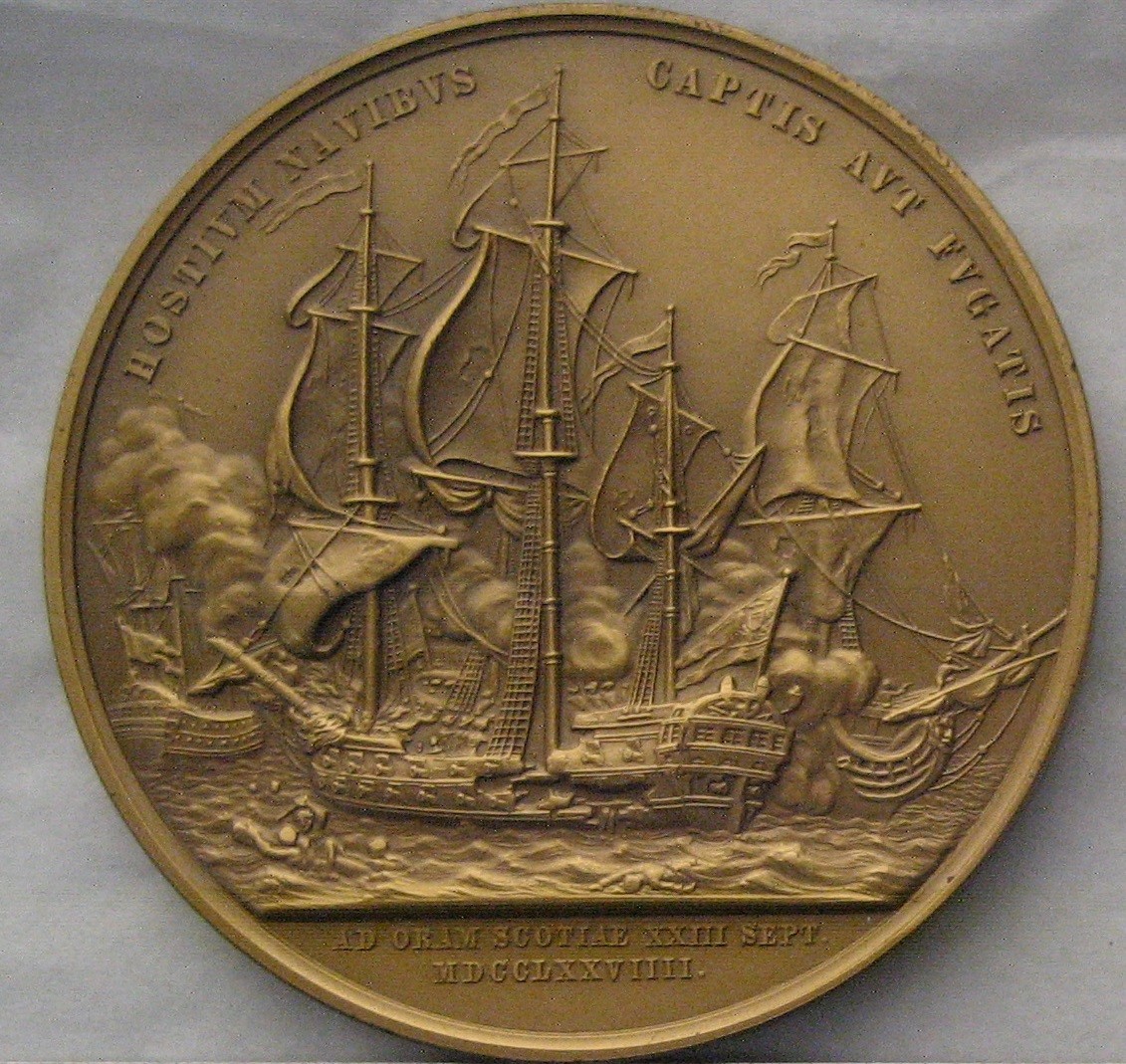