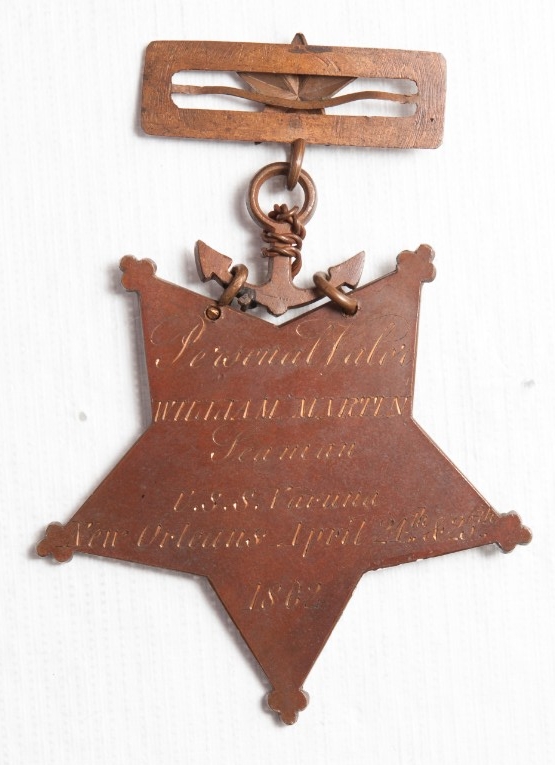 Citation for Award: Captain of a gun on board the USS Varuna during an attack on Forts Jackson and St. Philip, 24 April 1862. His ship was taken under furious fire by the rebel Morgan and severely damaged by ramming. Steadfast at his station through the thickest of the fight, Martin inflicted damage on the enemy, remaining cool and courageous although the Varuna, so badly damaged that she was forced to beach, was finally sunk. 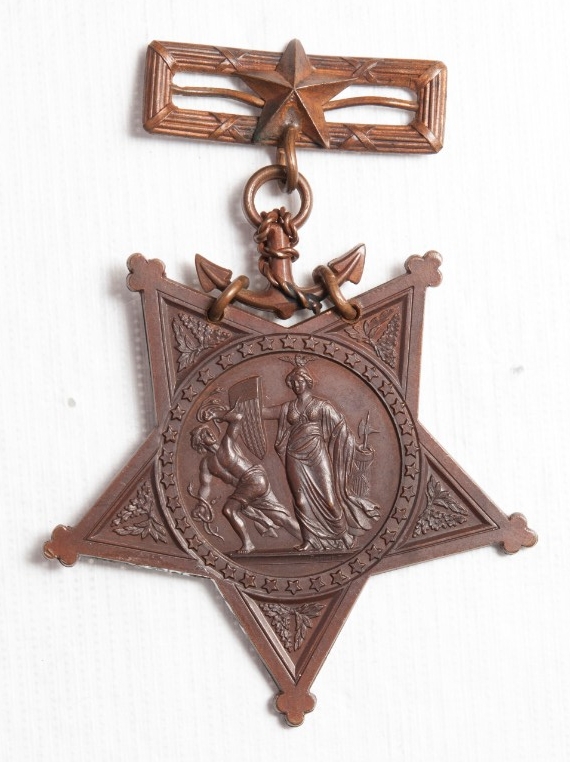