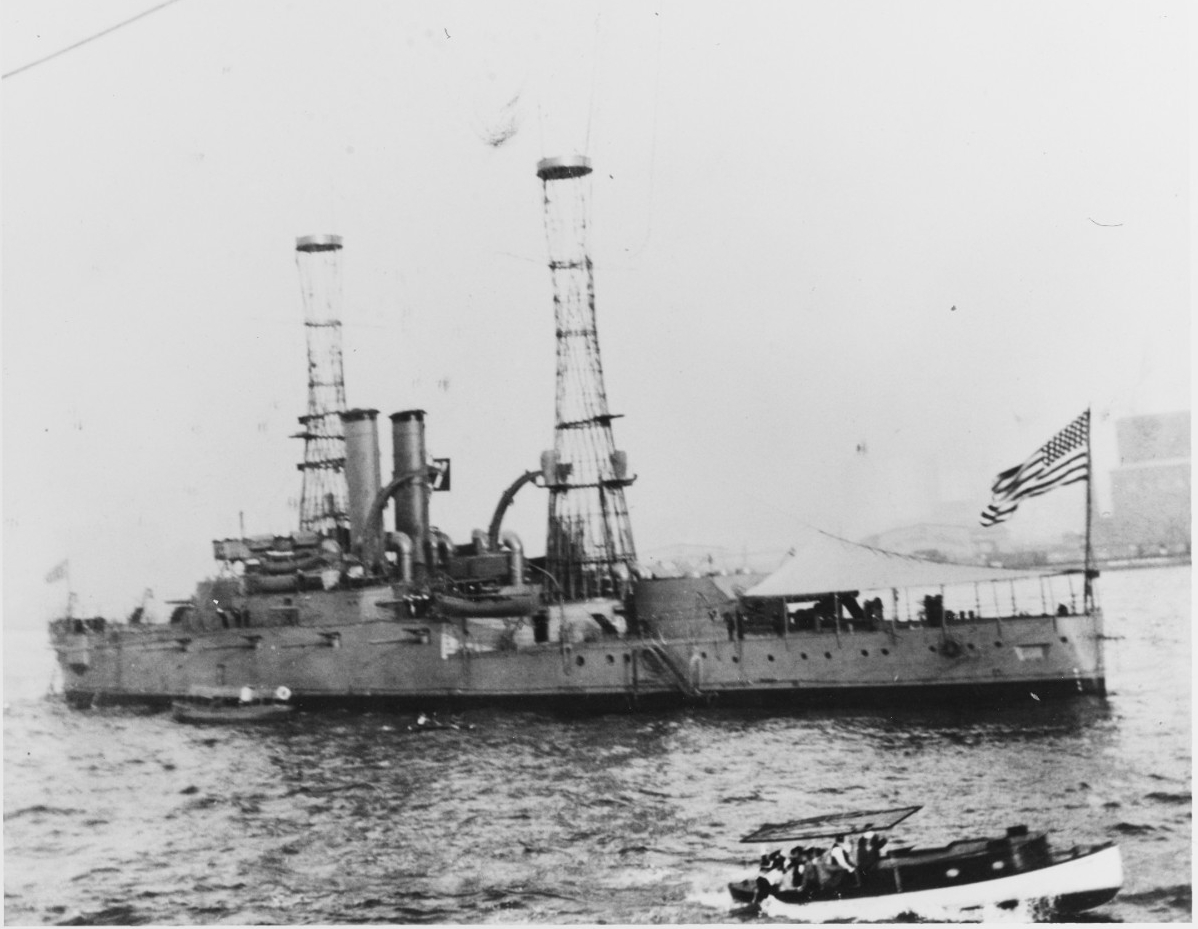 Illinois, the 21st State, was admitted to the Union 3 December 1818, and was named for a French rendition of the Algonquian word "Illini," meaning men or warriors.

Illinois (Battleship No. 7) was laid down on 10 February 1897 by the Newport News Shipbuilding & Dry Dock Co., Newport News, Va., launched on 4 October 1898; sponsored by Miss Nancy Leiter; and commissioned on 16 September 1901, Capt. G. A. Converse in command.

After shakedown and training in Chesapeake Bay, the new battleship sailed on 20 November 1901 for Algiers, La., where she was used to test a new floating dry dock. She returned to Newport News in January 1902 and from 15 to 28 February Illinois served as flagship for Rear Adm. Robley D. Evans during the reception for Prince Henry of Prussia. Bearing the flag of Rear Adm. A. S. Crowninshield, the battleship departed New York on 30 April 1902 and arrived at Naples on 18 May, where the admiral took command of the European Squadron. Illinois carried out training and ceremonial duties until 14 July 1902, when she grounded in the harbor of Christiana, Norway, and had to return to England for repairs. She remained at Chatham until 1 September 1902, then proceeded to the Mediterranean and South Atlantic for fleet maneuvers. 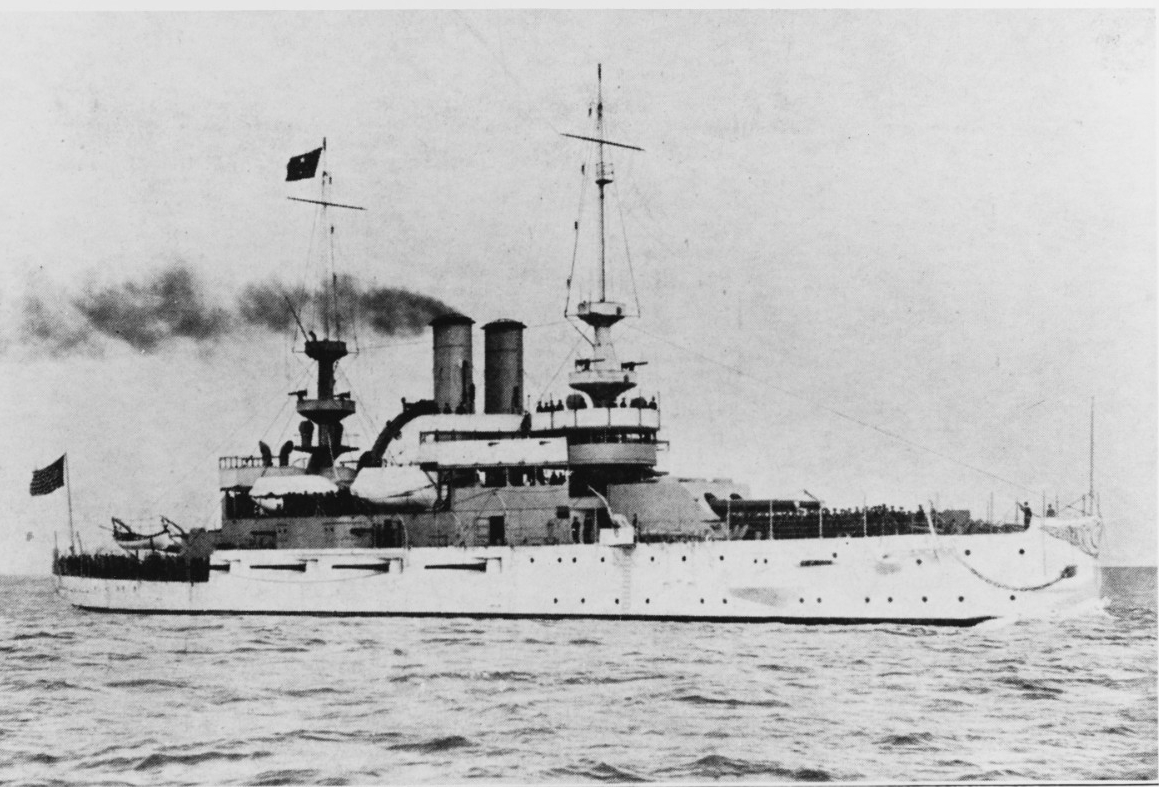 Illinois was detached from the European Squadron on 10 January 1903 and assigned to the North Atlantic. She engaged in fleet maneuvers, gunnery and seamanship training, and ceremonial operations until December 1907, when she joined the Great White Fleet for the cruise around the world. Following a Presidential review, the mighty battleships sailed from Hampton Roads on their important voyage. The Atlantic Fleet joined the Pacific Fleet on 8 May 1908 in San Francisco Bay, and after a review by the Secretary of the Navy the combined fleets continued their cruise. The ships visited Australia, Japan, Ceylon and other countries, arriving at Suez on 3 January 1909. At Suez word of the Sicilian earthquake sent Illinois, Connecticut, and Culgoa to Messina. After rendering valuable aid to victims of the disaster, the ships rejoined the fleet, returning to Hampton Roads on 22 February 1909. President Roosevelt reviewed the fleet as it arrived, having given the world a graphic demonstration of America's naval might. Illinois decommissioned at Boston on 4 August 1909.

The battleship was placed in reserve commission on 16 April 1912 and recommissioned on 2 November 1912, in time to take part in winter fleet exercises and battle maneuvers with the Atlantic Fleet. During the summers of 1913 and 1914 Illinois made training cruises to Europe with Midshipmen. In 1919 the ship was again laid up at Philadelphia Navy Yard. She was reclassified to BB-7 on 17 July 1920, and on 23 October 1921 loaned to the state of New York for use by the Naval Militia.

Excluded from further use as a warship by the terms of the Washington Treaty, Illinois was fitted out as a floating armory at New York Navy Yard in 1924 and was assigned to the New York Naval Reserve. She remained there for more than 30 years, though reclassified to IX-15 on 8 January 1941 and renamed Prairie State to allow her name to be assigned to a projected new battleship. During World War II she served as a U.S. Naval Reserve Midshipmen Training School at New York. Following the war, she was retained on loan to the State as quarters for a Naval Reserve unit until 31 December 1955. She was stricken on 26 March 1956.

Prairie State, after over 50 years of useful service to the Navy and the Nation, was towed to Baltimore and sold for scrap to Bethlehem Steel Co., on 18 May 1956.