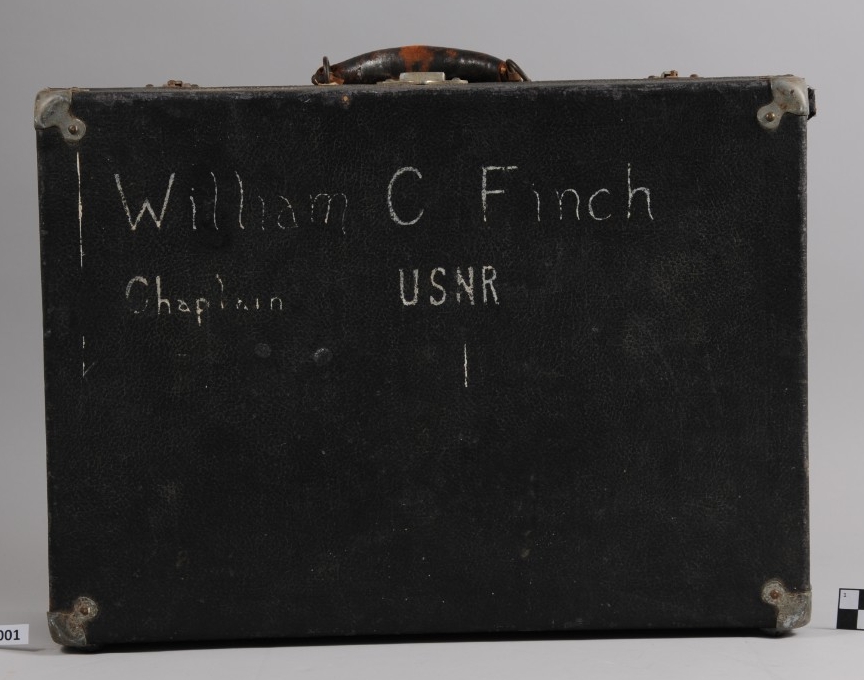 One World War II-era Protestant Chaplain’s kit. The kit is contained in a black leather case with locks and a leather handle. "William C Finch/Chaplain USNR" is written on the obverse in white. The interior is red velvet with wood latches to hold accessories in place. Accessories include a chalice, a glass jar, a cork spout, a silver bowl, two glass cups for candles, two silver candlestick holders, a plain silver cross, a capped cylindrical tube for storing communion wafers, two white embroidered cloths, one plain white cloth, one embroidered cloth with a board in the center, and a green dividing cloth with applied gold fabric cross. An identification card of a plane was also found inside the kit.

William Carrington Finch was a Methodist Chaplain during World War II. Born in Chase City, VA in 1909, he graduated from Hampden Sydney College in 1929 and Biblical Seminary, NYC in 1934. He received his PhD from Drew University in 1937. He enlisted in the US Navy Reserve on 8 February 1944, assigned to the 13th Naval District from 5 June to 30 November and to the USS Bingham (APA-225) from 4 December 1944 through October 1945. Chaplain Finch was released from service 4 December 1945.

Chaplain kits like this were compact and mobile allowing the chaplain to easily pack and move their religious equipment to various locations. They enabled chaplains to celebrate religious services in the field or in any available temporary location. 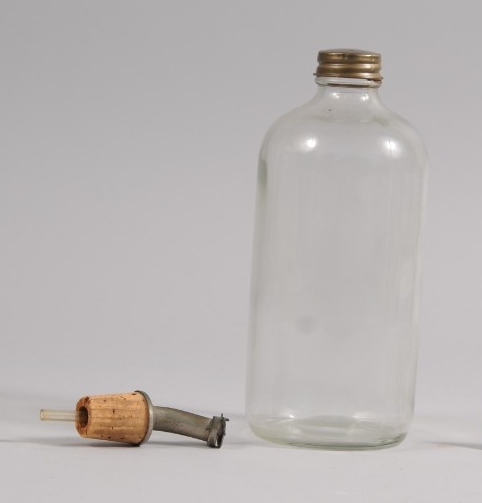 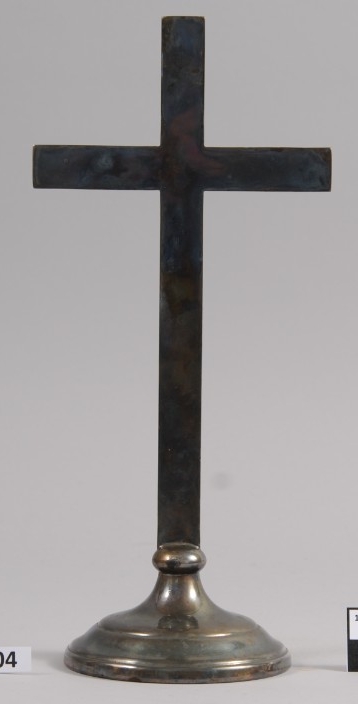 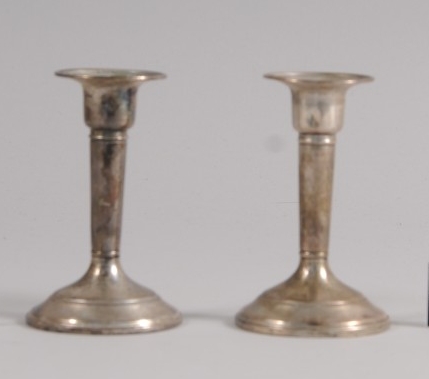 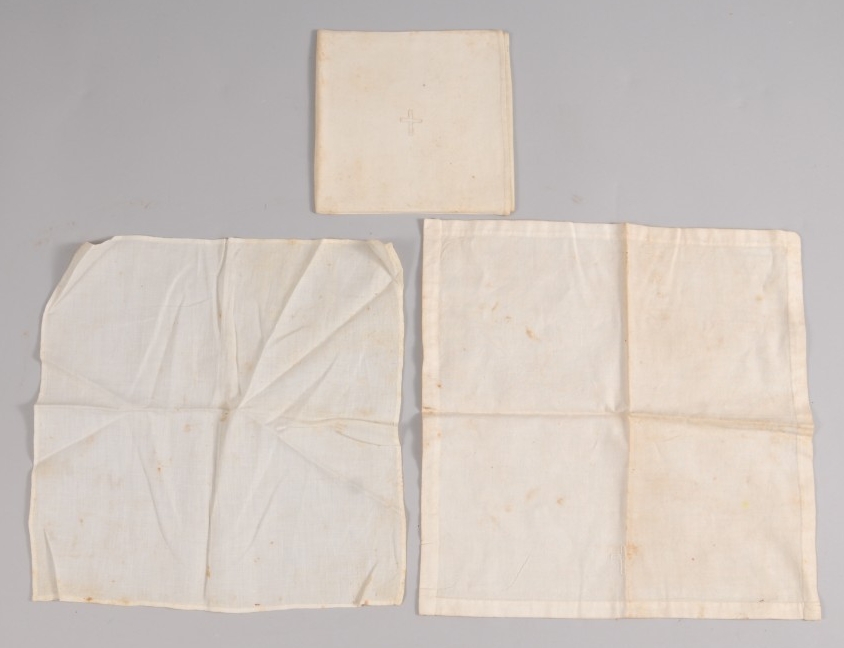 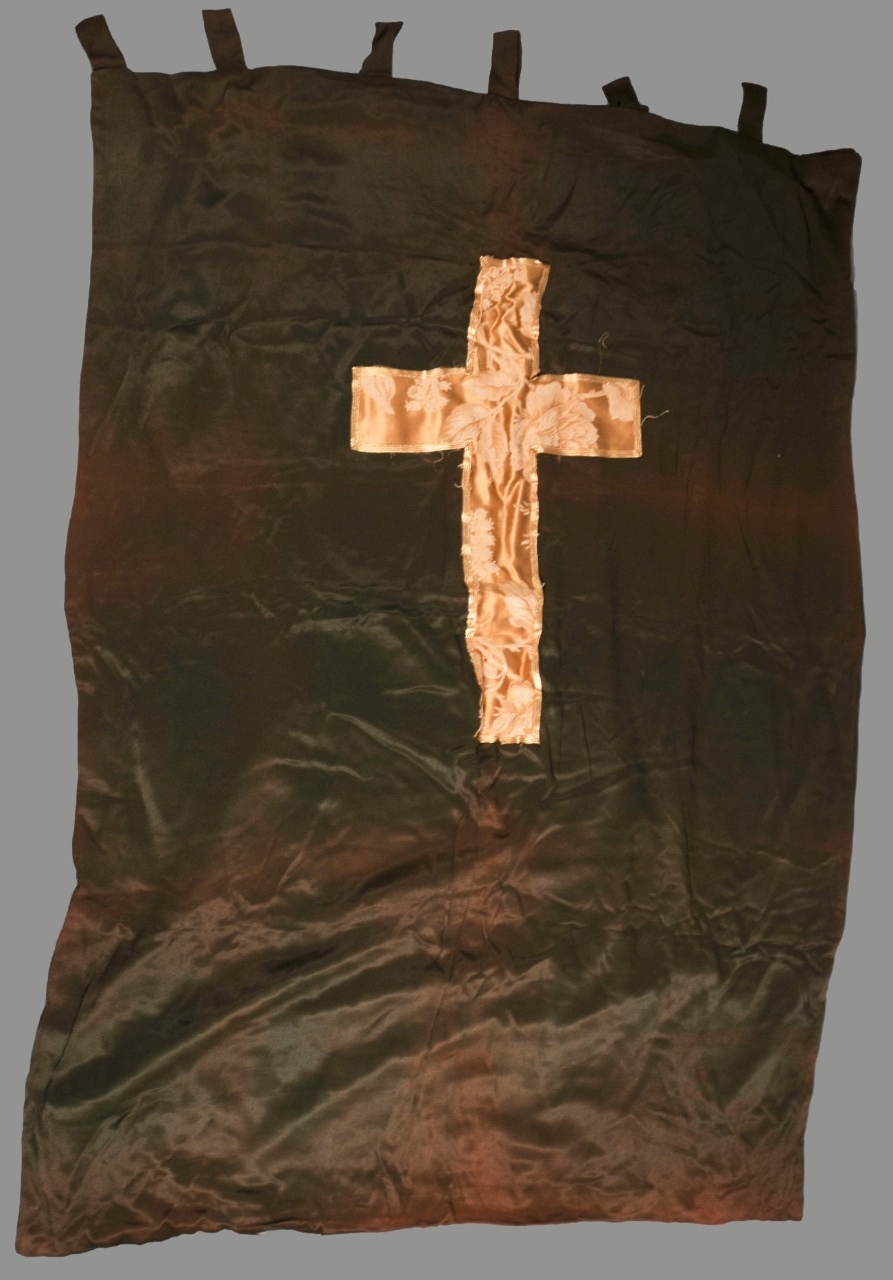 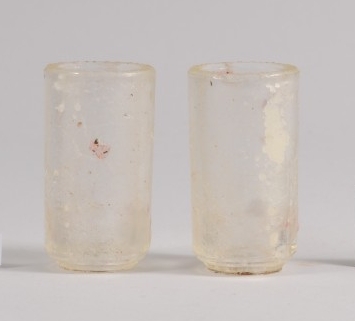 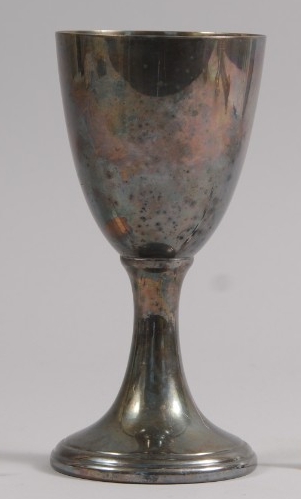 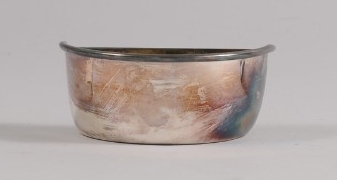 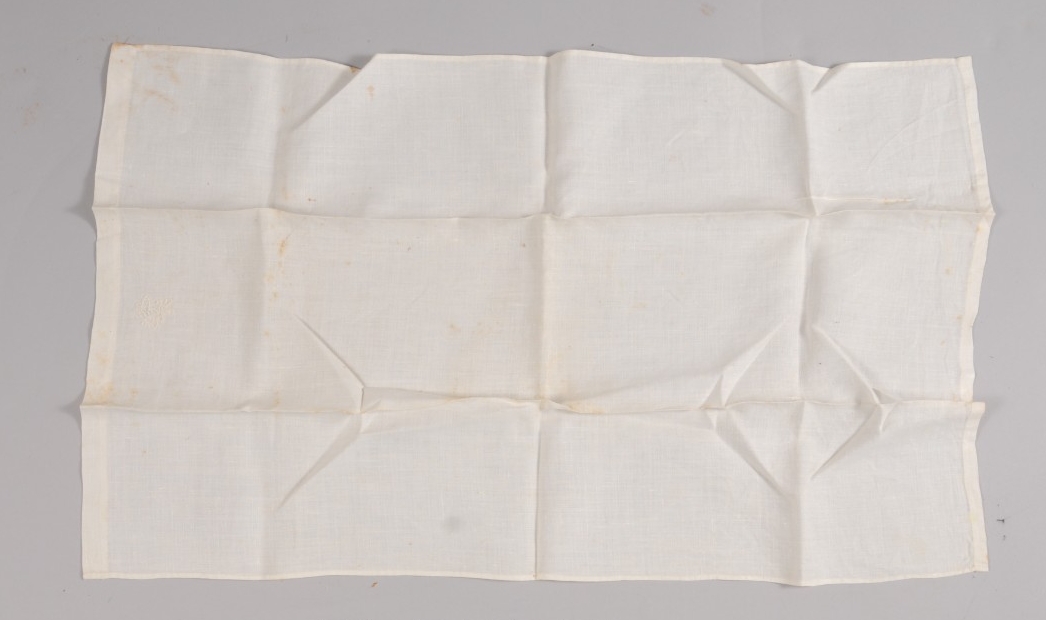 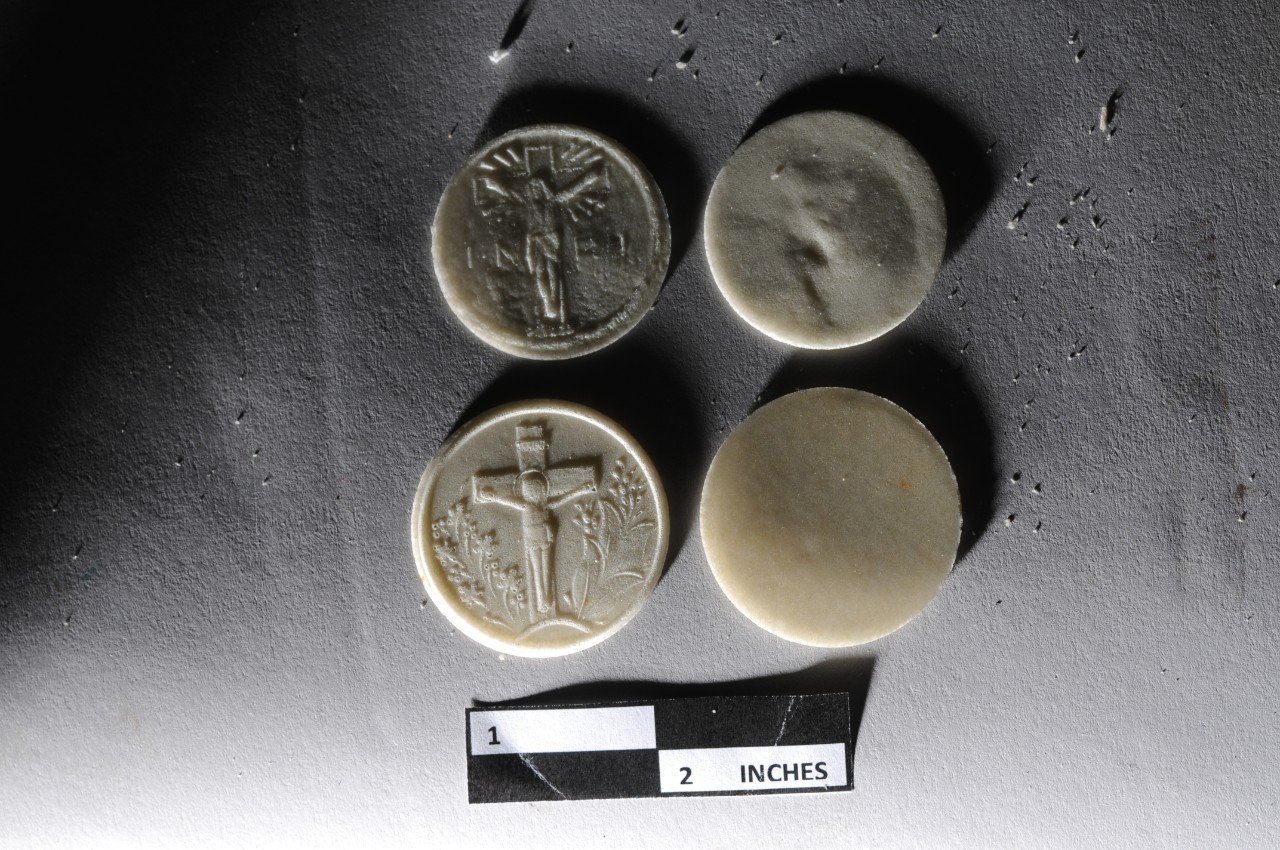