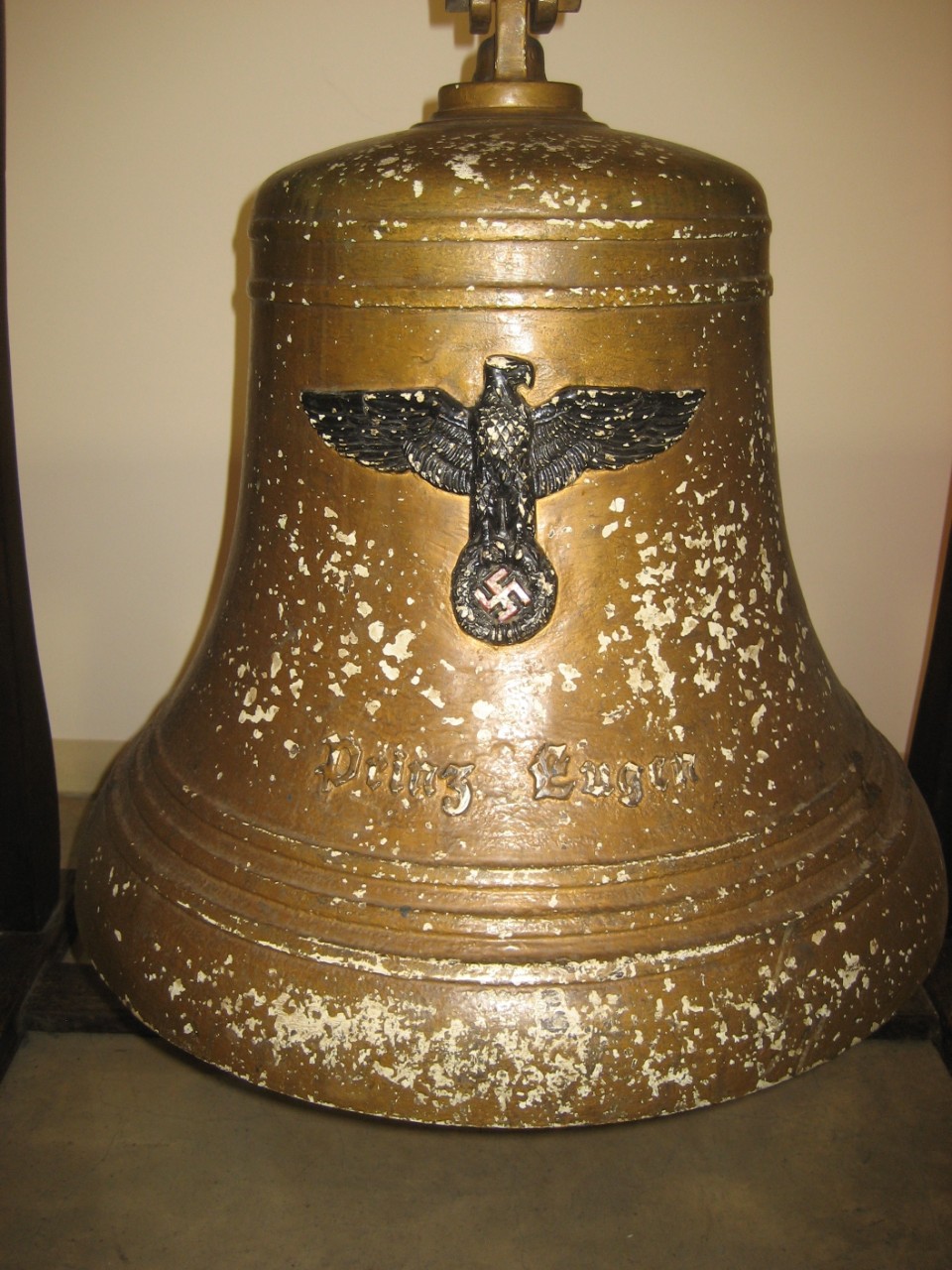 One bronze painted ship bell from the German heavy cruiser Prinz Eugen. The bell is embossed with the ship’s name below the Reichsadler, the Third Reich eagle and swastika.

The Prinz Eugen participated in two of the most famous naval actions during World War II in the Battle of the Atlantic. She accompanied the battleship Bismark during the Battle of Denmark Straits where the British battlecruiser HMS Hood was sunk. Prinz Eugen was the third heavy ship in the "Channel Dash" of 1942.

The Prinz Eugen was awarded to the United States as a war prize and commissioned into its navy following World War II. She was classified as IX-300, a hull designation for miscellaneous unclassified ships. Several major items, including the bell, were removed before the ship was used as a target in the testing of atomic bombs during Operation Crossroads.