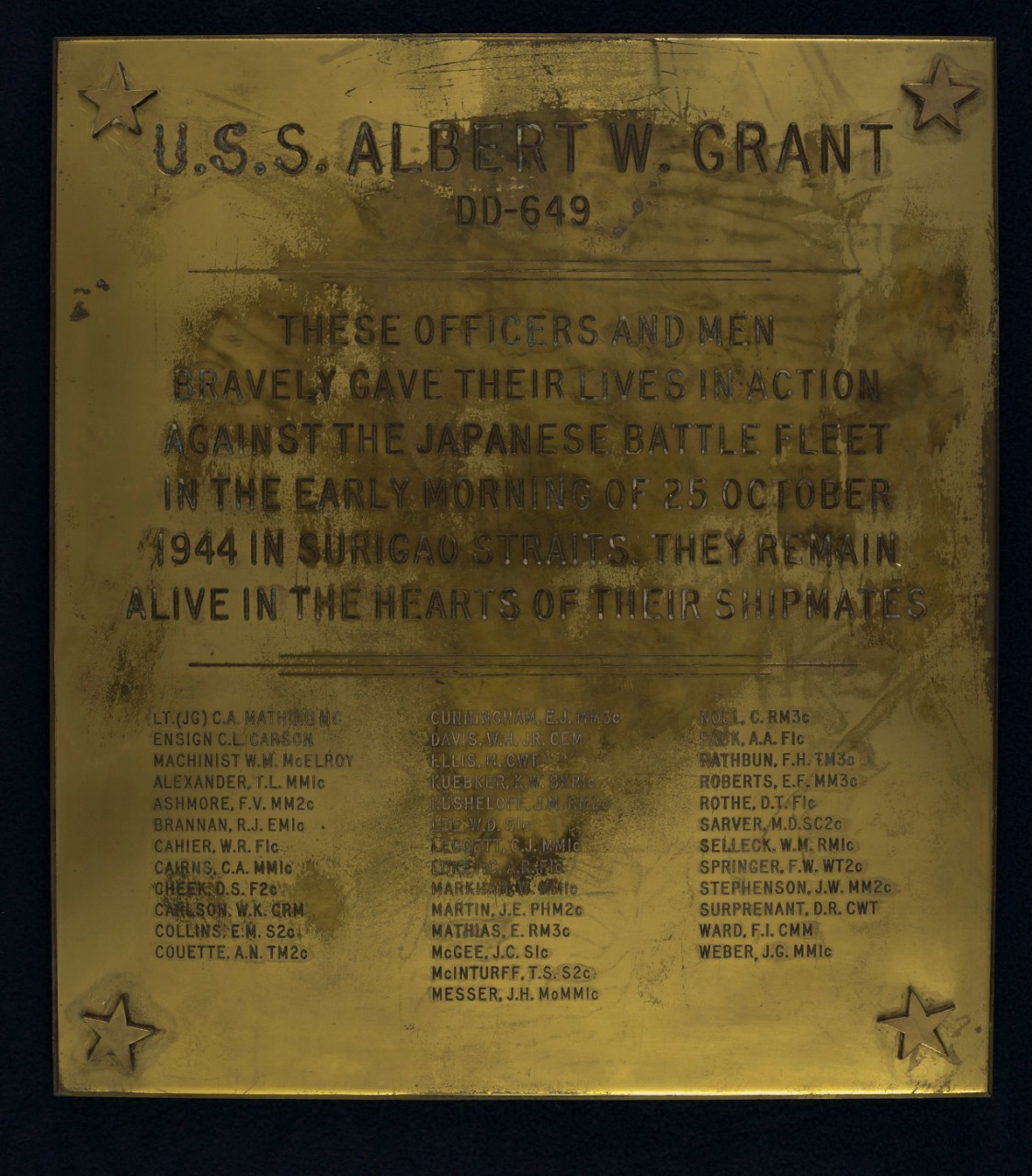 Brass memorial plaque commemorating the officers and sailors from the USS Albert W. Grant lost at the Battle of Leyte Gulf on 25 October 1944. The plaque has a star at each corner. The obverse reads "U.S.S. Albert W. Grant / DD-649 / These Officers and Men bravely gave their lives in action against the Japanese battle fleet in the early morning of 25 October 1944 in Surigao Straits. They remain alive in the hearts of their shipmates." A list of 38 names are engraved below the text.

The USS Albert W. Grant (DD-649) was a Fletcher-class destroyer that was laid down 30 December 1942. The ship was assigned to the task force under Admiral Oldendorf during the Marianas and Palau Islands campaign where she supported the bombardment and landings at the Battle of Peleliu in September 1944.

In October 1944, she participated in the Battle of Leyte Gulf at Surigao Strait where she received heavy damage from naval gunfire from both the Japanese and the American forces. Though severely crippled, with fires raging, a heavy list, and no power or steering control, her crew was able to restart her engines and steer toward friendly waters in Leyte Gulf. The ship suffered 22 hits during the battle, resulting in 38 men dead and 144 wounded.