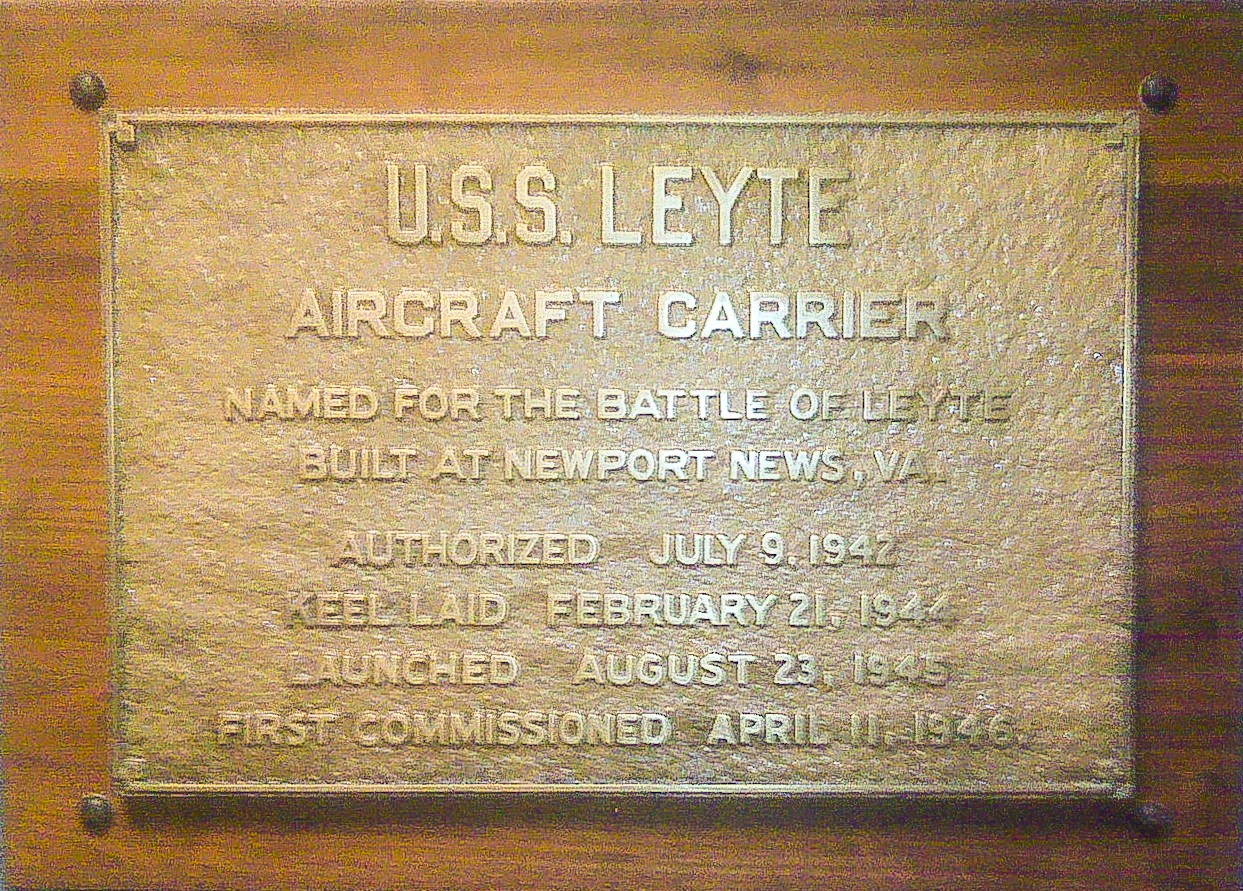 The USS Leyte (CV-32) was originally laid down as Crown Point (CV-32) in February 1944 but was renamed Leyte (CV-32) in May 1945 to commemorate the Battle of Leyte Gulf. Commissioned after World War II, Leyte participated in a good will cruise to South America and several fleet exercises, including the cold weather tests in Operation Frigid, before the outbreak of hostilities on the Korean peninsula.

USS Leyte saw action during the Korean War and was the deployment ship for VF-32, a F4U Corsair Squadron. Among the pilots of this fighter squadron were two notable naval aviators, Ensign Jesse Leroy Brown, the first African American pilot in the US Navy, and Lieutenant Thomas Jerome Hudner, Jr., a future Medal of Honor recipient.

In September 1950, USS Leyte joined Task Force 77 to support the United Nations Forces on the Korean peninsula. In late November, VF-32 was dispatched to provide close-air support for the US Marines under attack at Chosin Reservoir. On December 4, 1950, ENS Jesse L. Brown was shot down on a remote mountain top in Korea. His wingman, LT Thomas Hudner, Jr., crash-landed his plane in an effort to assist ENS Brown. His efforts were unsuccessful and the rescue attempt abandoned when darkness fell.

ENS Brown received the Distinguished Flying Cross for his actions in Korea while LT Hudner received the Medal of Honor for his attempt to rescue ENS Brown. Both men have been honored with ships in their name: USS Jessie L. Brown (FF-1089) and USS Thomas Hudner (DDG-16).