"Command At Sea" Plaque given to LCDR Iskra 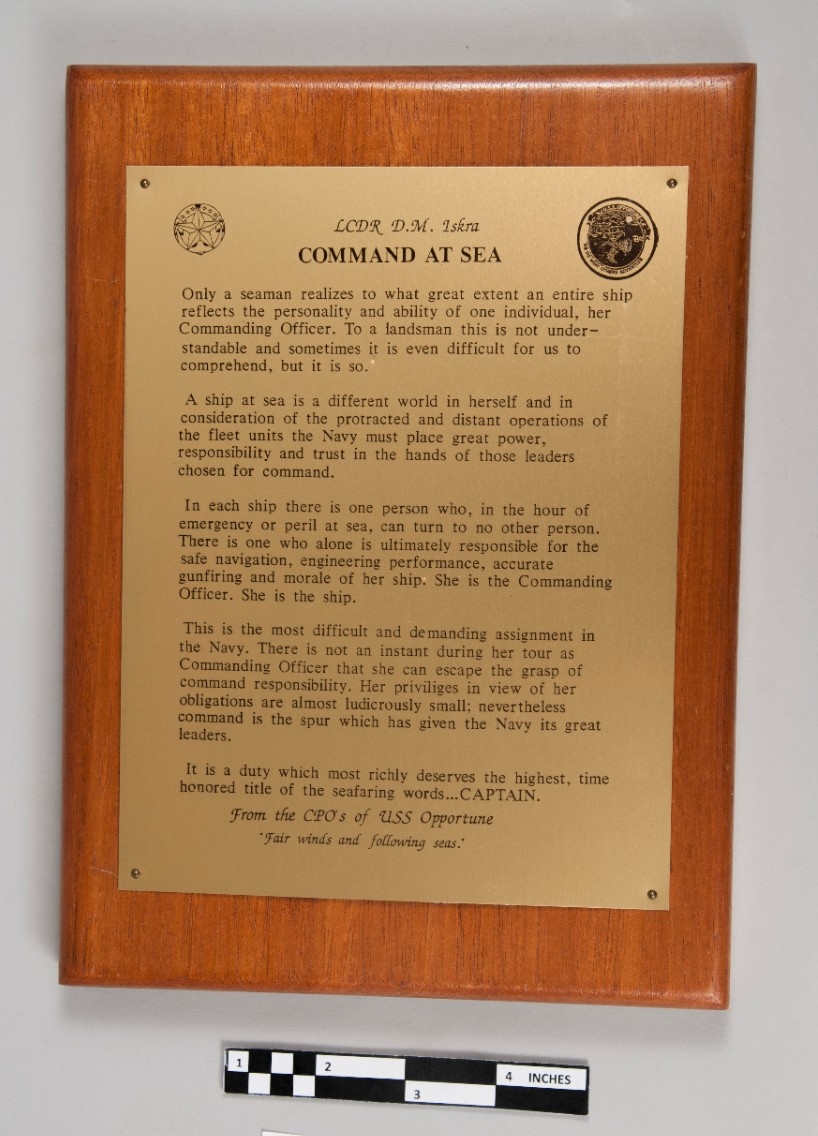 Only a seaman realizes to what great extent an entire ship reflects the personality and ability of one individual, her Commanding Officer. To a landsman this is not understandable and sometimes it is even difficult for us to comprehend, but it is so.

A ship at sea is a different world in herself and in consideration of the protracted and distant operations of the fleet units the Navy must place great power, responsibility and trust in the hands of those leaders chosen for command.

In each ship there is one person who, in the hour of emergency or peril at sea, can turn to no other person. There is one who alone is ultimately responsible for the safe navigation, engineering performance, accurate gunfiring and morale of her ship. She is the Commanding Officer. She is the ship.

This is the most difficult and demanding assignment in the Navy. There is not an instant during her tour as Commanding Officer that she can escape the grasp of command responsibility. Her priviliges in view of her obligations are almost ludicrously small; nevertheless command is the spur which has given the Navy its great leaders.

It is a duty which most richly deserves the highest, time honored title of the seafaring words…CAPTAIN.

From the CPO's of USS Opportune
"Fair winds and following seas"

LCDR Darlene Iskra became the first woman to command a US Navy ship when she reported for duty as the Commanding Officer of USS Opportune (ARS-41) on 27 December 1990. While under Iskra’s command, the Opportune deployed in support of Operation Desert Storm and assisted in relief efforts following Hurricane Andrew in 1992.