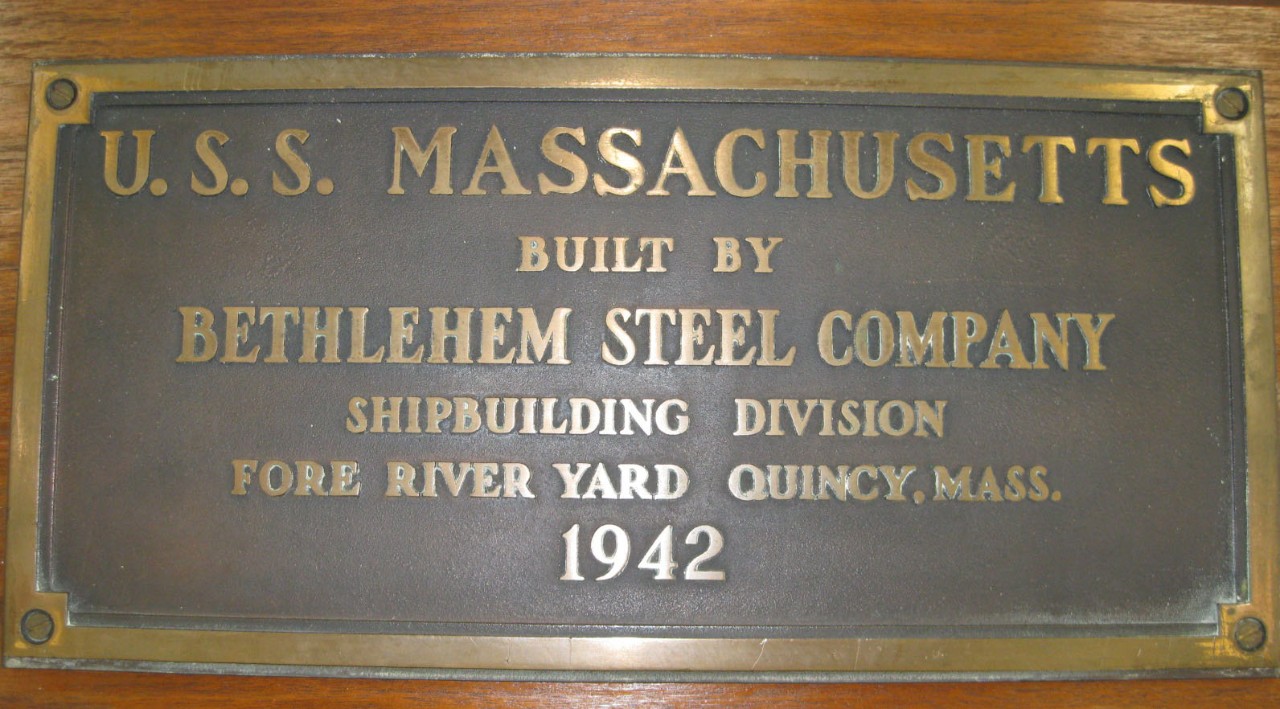 One ship builder’s plaque from the USS Massachusetts (BB-59). The rectangular brass plaque is embossed with lettering reading “U.S.S. Massachusetts / Built By / Bethlehem Steel Company / Shipbuilding Division / Fore River Yard Quincy, Mass. / 1942.” The flat background has a dark finish while the lettering and plain border are bright brass. There is a rivet hole in each corner of the plaque.

USS Massachusetts was commissioned 12 May 1942. She was a South Dakota-class battleship and the fifth ship to be named for the Commonwealth of Massachusetts. Most of her career was spent supporting operations in the Pacific Theater. In October 1944, she participated in the Battle of Leyte Gulf.

Massachusetts has the honor of being the first US ship to fire 16-inch shells against the European Axis Powers following an attack by the French battleship Jean Bart on 8 November 1942. She is also credited with firing the last 16-inch shell in combat in World War II while bombarding the Japanese ironworks at Kamaishi on 9 August 1945.

She received 11 battle stars for her service in World War II. She can now be found at Fall River, Massachusetts where she was transferred to the Massachusetts Memorial Committee in 1965.