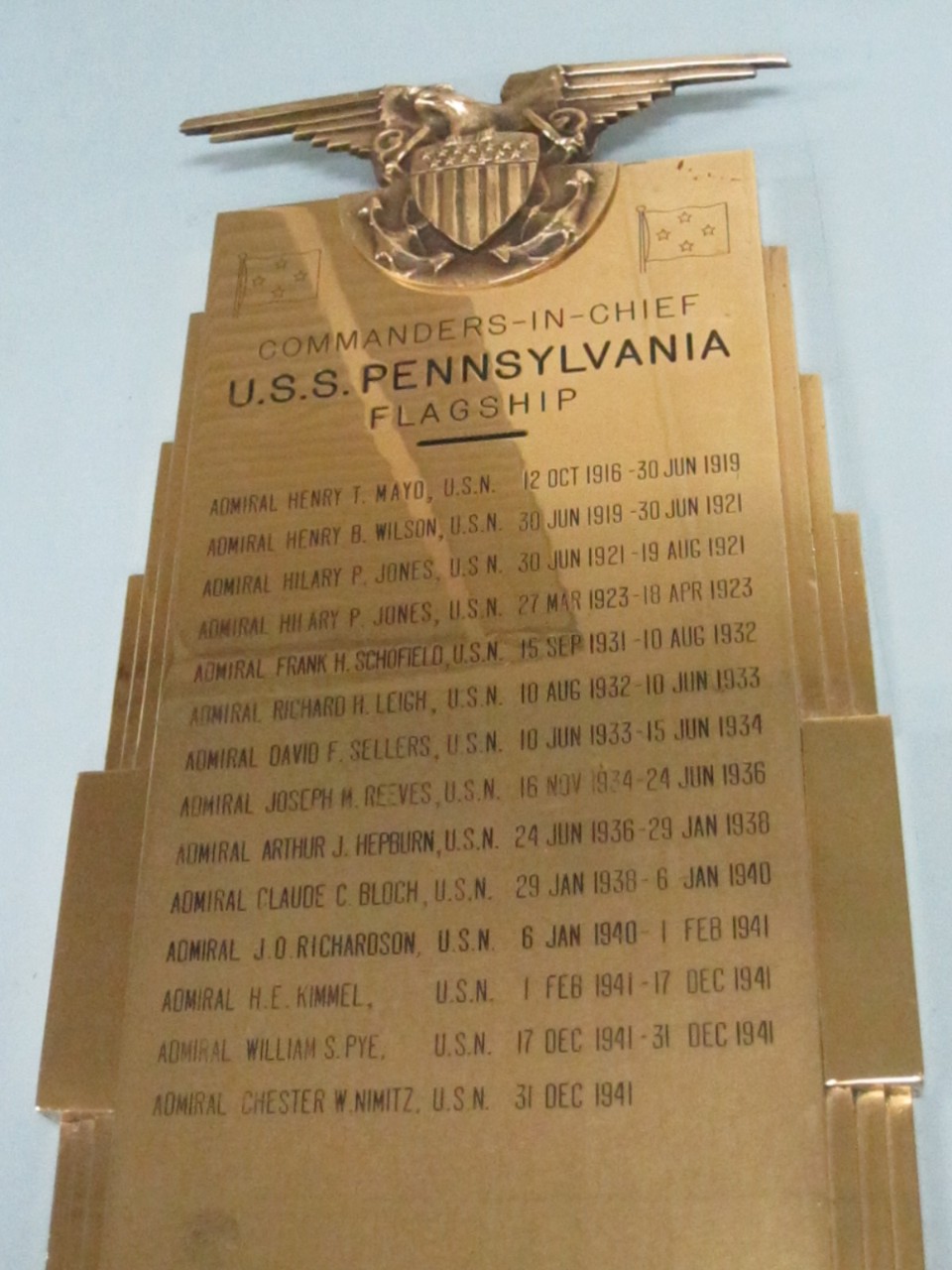 One brass plaque listing the names of the Commanders-In-Chief of the flagship USS Pennsylvania. The plaque is topped by an eagle with outstretched wings, sitting atop the American shield with two crossed fouled anchors behind it. There is a four-star admiral’s flag engraved into the metal on both sides of the eagle. The main body of the plaque is a vertical rectangle with its bottom portion narrowing to a point. Centered on the two long sides is an art deco border.

USS Pennsylvania was in drydock at Pearl Harbor during the Japanese attack on 7 December 1941. On 31 December, Admiral Nimitz took command of the US Pacific Fleet. His is the last name to appear on the plaque.

Documents show that this plaque was removed from the Admiral’s cabin, presumably in 1946 following her return to Puget Sound Naval Shipyard for repairs and preparation for the atomic bomb tests. The plaque came to NHHC from Puget Sound in 1950, a few years after the ship was scuttled following her participation in Operation Crossroads.