Key to the City of Tacloban, Celebrating the 24th Anniversary of the Liberation of the Philippines from Japanese Occupation

The key and box are made from hand-carved wood and painted. The case is in the shape of the island of Leyte with the locations of Tacloban City, Ormoc City, and Maasin painted and named. "Welcome/to the City of Tacloban/ October 20, 1968/24th Liberation Day Anniversary" is written on the cover. The interior of the case is lined with a blue silk fabric glued to the case. The key has a red, white and blue ribbon tied to the handle. The teeth of the key are carved in the shape of the letters TC. "Tacloban City/Leyte Philippines” is painted in black on the key shaft with 1968 painted on the key handle.

The 1944 Battle of Leyte Gulf enabled General Douglas MacArthur to return to the Philippines after his retreat in 1942. On October 20, 1944, allied Philippine and US troops landed in Tacloban City and Palo Beach. On October 23, Tacloban City was named the temporary capital of the Philippines. This key was presented on 20 October 1968 on the 24th liberation day anniversary. To commemorate the day, US Navy sailors participated in a recreation of General MacArthur arriving on the beach. 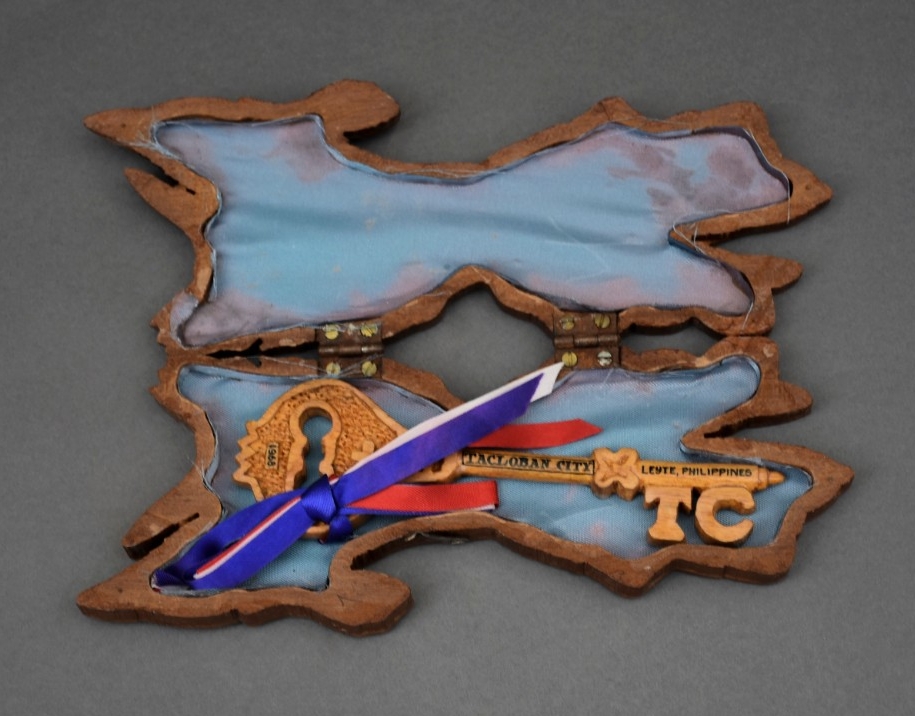