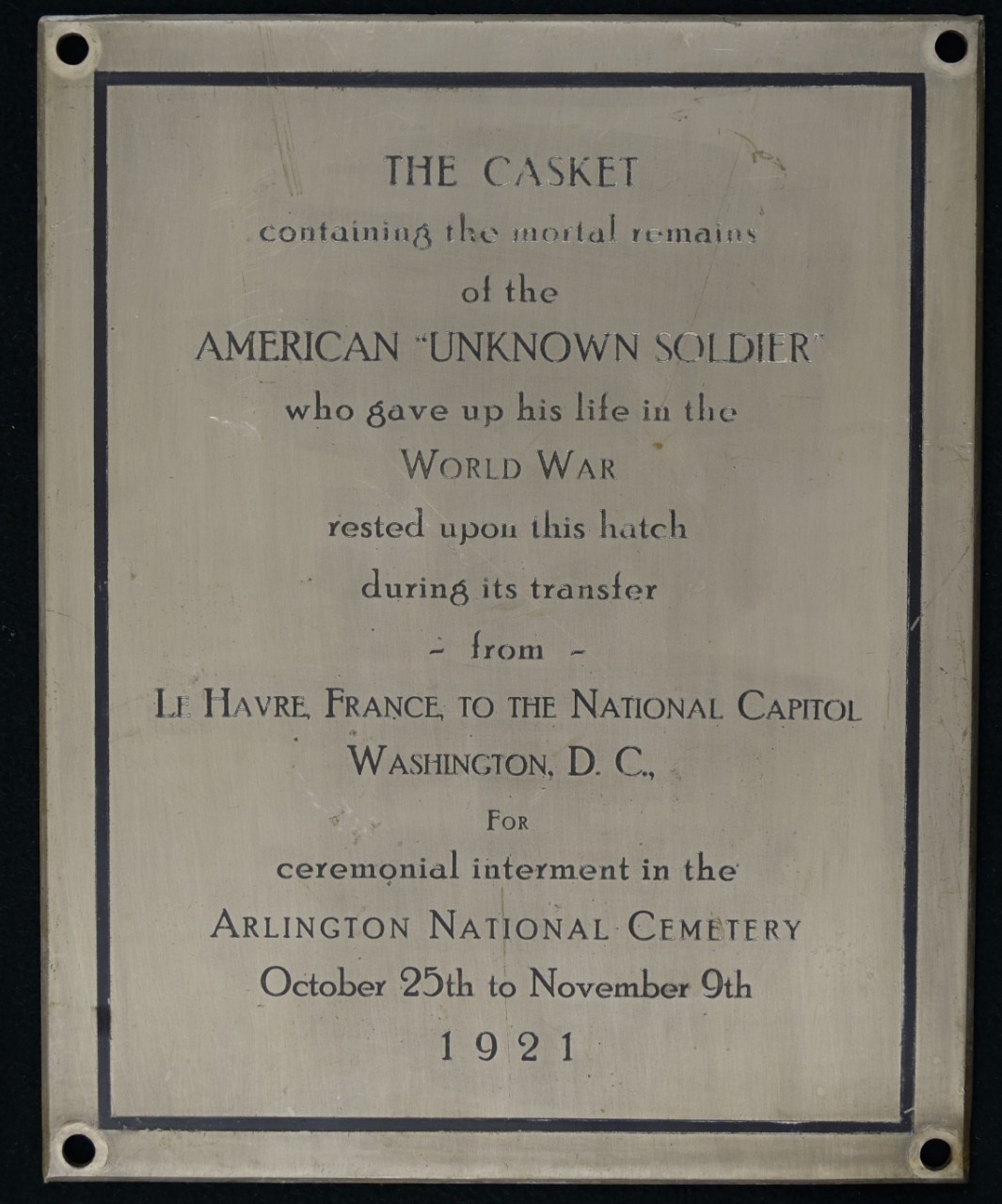 Casket historical marker plaque commemorating the transport of the World War I Unknown Soldier onboard USS Olympia (C-6; CA-15; CL-15; IX-40). The lead, rectangular plaque has four mounting holes, one at each corner. The plaque has a simple black border and black text reading “The Casket / containing the mortal remains / of the / American “Unknown Soldier” / who gave up his life in the / World War / rested upon this hatch / during its transfer / from / Le Havre, France, to the National Capitol / Washington, D.C., / For / ceremonial interment in the / Arlington National Cemetery / October 25th to November 9th / 1921.”

The USS Olympia arrived in Le Havre, France, 24 October 1921 for its solemn mission of delivering the Unknown Soldier to his final resting place in the United States. On 25 October, as the casket was carried onboard, the cruiser’s band played the French and American national anthems and Chopin’s “Funeral March.” The casket was secured to the aft gun platform of Olympia with a guard of sailors standing watch.

Olympia arrived at the Washington Navy Yard 9 November 1921. Once dockside, the Navy turned over the responsibility of bearing the Unknown Soldier to the Army. The Army escorted the casket to the Capitol Rotunda where it would lie in state until Armistice Day, 11 November 1921. On that day, the casket was transported to Arlington National Cemetery for the final interment.

This plaque marked the location of the casket during transport on Olympia’s aft gun platform. The plaque was removed from the ship in 1945 following her re-designation as an unclassified miscellaneous auxiliary (IX-40).