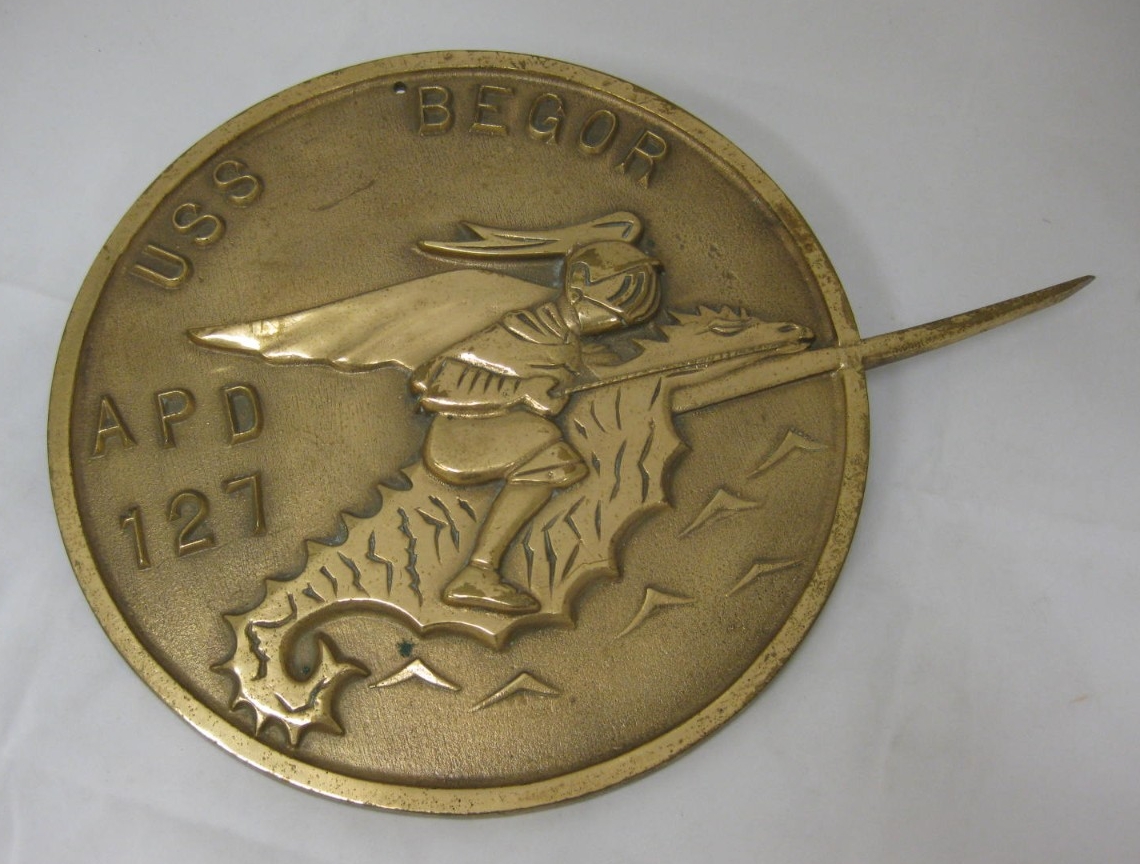 One brass insignia plaque from USS Begor (APD-127). The plaque is circular-shaped and depicts a knight in armor riding a winged sea horse with lance outstretched. Across the top of the circle is embossed USS BEGOR. APD / 127 is embossed behind the knight.

USS Begor was named after LTJG Fay Broughton Begor. A Navy doctor, he suffered severe injuries while assisting wounded Australian soldiers from the 9th Division during the landings on New Guinea as part of Operation Postern in September 1943. He was posthumously awarded the Navy Cross for his actions.

The USS Begor was commissioned in March 1945. She saw service through the end of World War II as a high speed transport in the Pacific Theater. Following the war, she particiapted in the atomic testing in Operation Crossroads. She also saw service during the Korean War, earning six battle stars. She was decommissioned for the last time in July 1962.