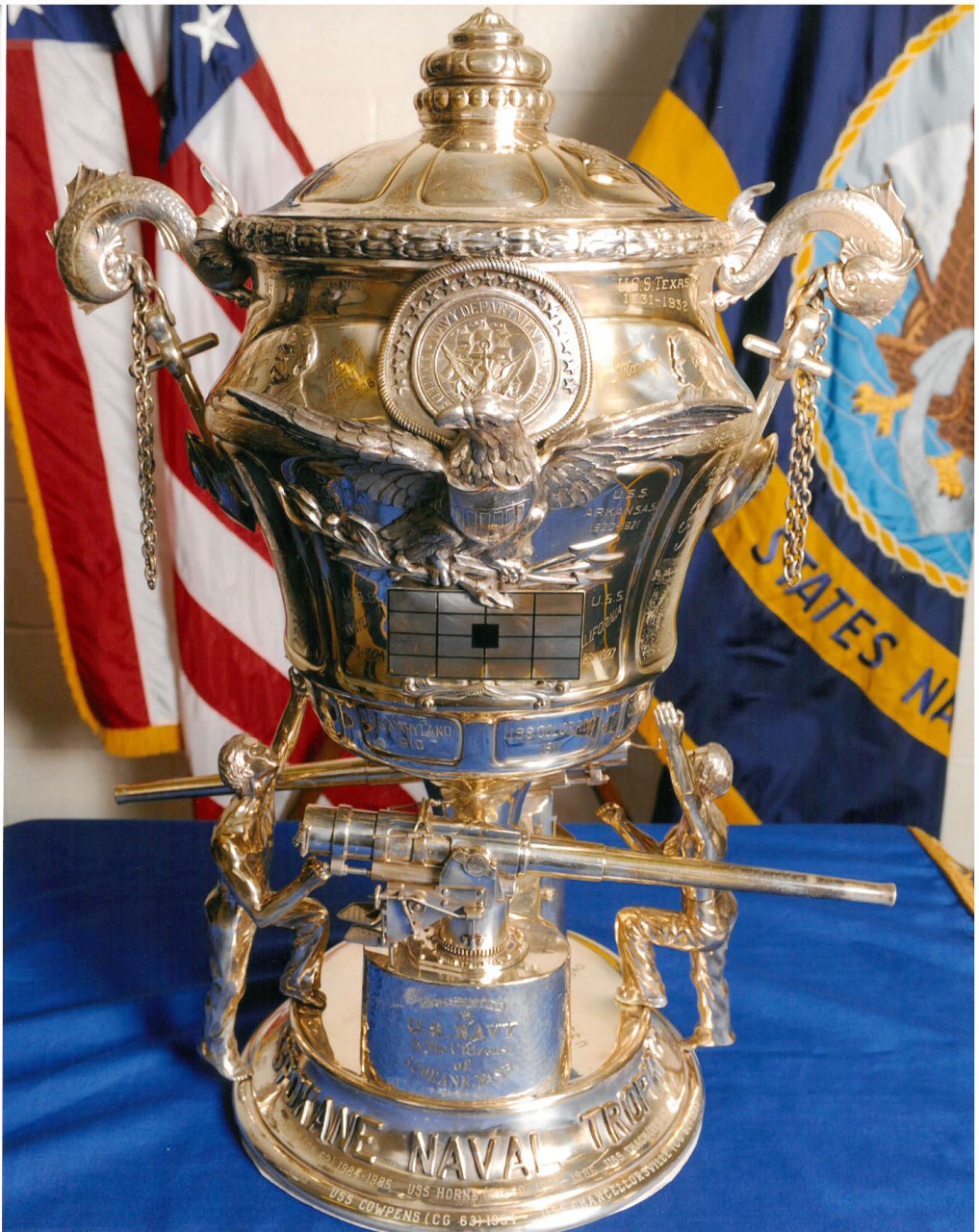 The first artifact in the Headquarters Artifact collection predates the appointment of a Curator. Artifact one, the Spokane Naval Trophy, was actually acquired in 1908. Presented in 1907 by the Spokane Chamber of Commerce and by local Spanish American War Veterans, the Spokane Naval Trophy was awarded annually from 1908 until 1940 to the Cruiser or Battleship achieving the highest scores in marksmanship training.  The first ship to receive the trophy was the USS Tennessee (ACR-10) in 1908. Some forty ships were awarded the trophy. The USS Idaho (BB-42) was the last ship to receive the trophy in 1939-1940 before it was deactivated as an award. The award was reactivated in 1984. The bowl is made of some 400 ounces of sterling silver. It stands 28 inches high and 16 inches wide at the handles. It is engraved with eight bas-relief panels representing President Theodore Roosevelt, Secretary of the Navy Victor H. Metcaff, Ens. John Monaghan (A Spokane naval hero of the Samoan Uprising of 1899), Fort Wright in Spokane, the Spokane Federal Building, Spokane Falls, Mount Carlton, and Chief Garry (the last chief of the Spokane Indian Tribe). The feminine figure on the trophy represents Spokane presenting a laurel wreath to a naval gunner.  The trophy was designed by Leo M. Dornberg & Co. and manufactured by Joseph Mayer & Bros.

The history of the artifact collection for the Naval History and Heritage Command Curator Branch, begins with the books of the Navy Library.  In the late 1800’s, President John Adams instructed Benjamin Stoddert to prepare a catalog of professional books for use in the Secretary of the Navy’s office. Thus began the Navy Department Library, now incorporated under the Naval History and Heritage Command. On April 28th 1930, Secretary of the Navy Charles Adams assigned the officer in charge of the Office of Naval Records and Library the responsibility of Curator of the Navy, making the first officially appointed Curator Captain Dudley Knox.  This appointment marked the beginning of the three dimensional artifact collection for NHHC. The Curator Branch has grown from its humble beginnings of a single Curator and a few artifacts to a staff of 17 and more than 200,000 artifacts. The Navy artifact collection continues to grow, with many historic artifacts added each year. 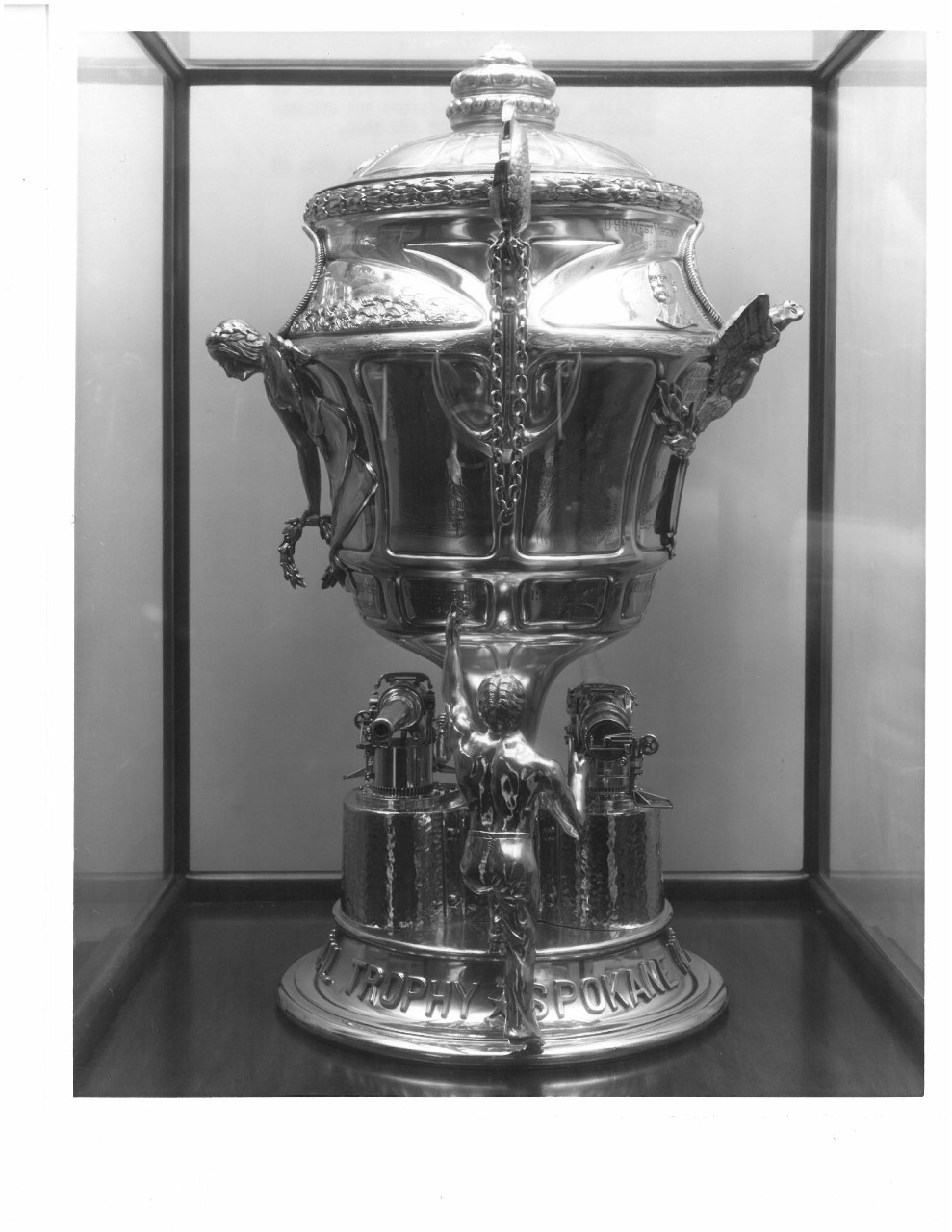