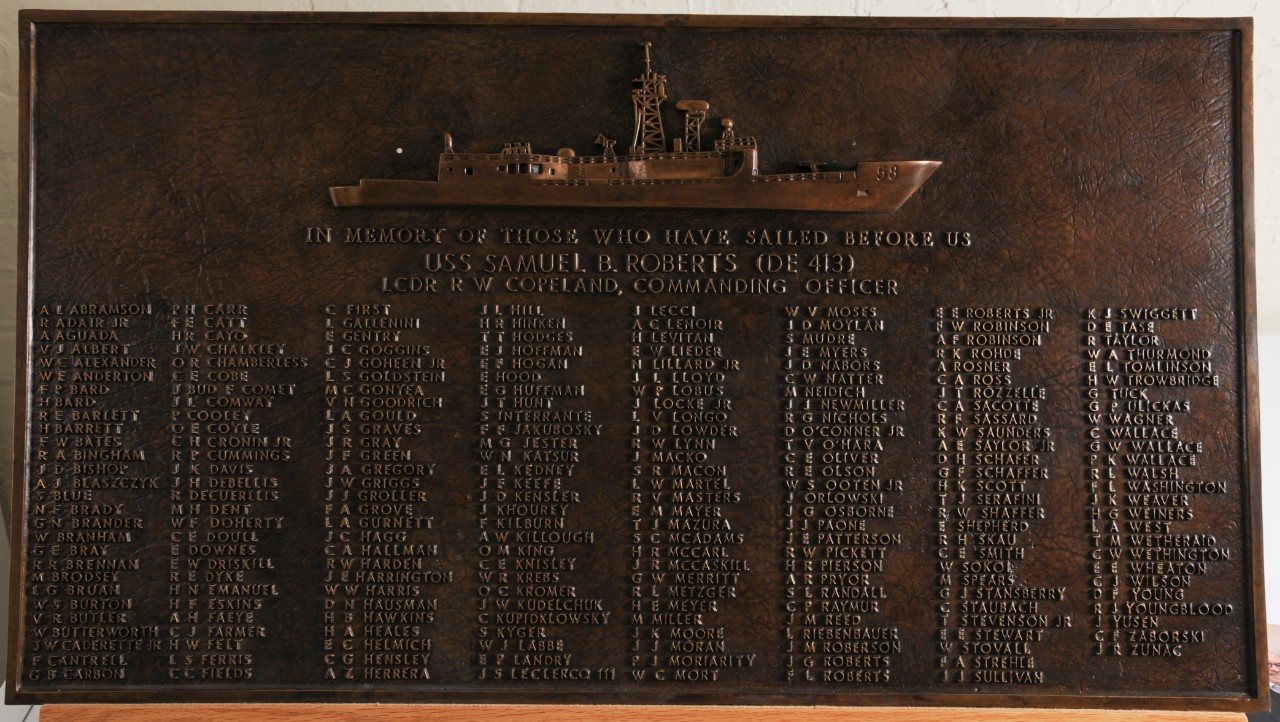 This plaque was displayed aboard the third USS Samuel B. Roberts (FFG-58) in commemoration of the bravery of the men on the first ship to bear the name. On 14 April 1988, the USS Samuel B. Roberts struck a mine laid by the Iran Ajr in the Persian Gulf. The mine blew a 15-foot hole in the hull breaking the keel of the ship. Damage this extensive is almost always fatal to ships. Because of the fast actions of the crew, after a 5-hour effort to purge water and fight fires, the ship was saved. The Captain of the vessel, CDR Paul Rinn, was aware the sailors knew the history of the first USS Samuel B. Roberts. CDR Rinn noted while running to their stations to save the ship, the men would touch this plaque for good luck to honor and recognize the bravery of the crew of the first ship.