Commemorative Urn Presented to Admiral George Dewey by the Citizens of Savannah, GA 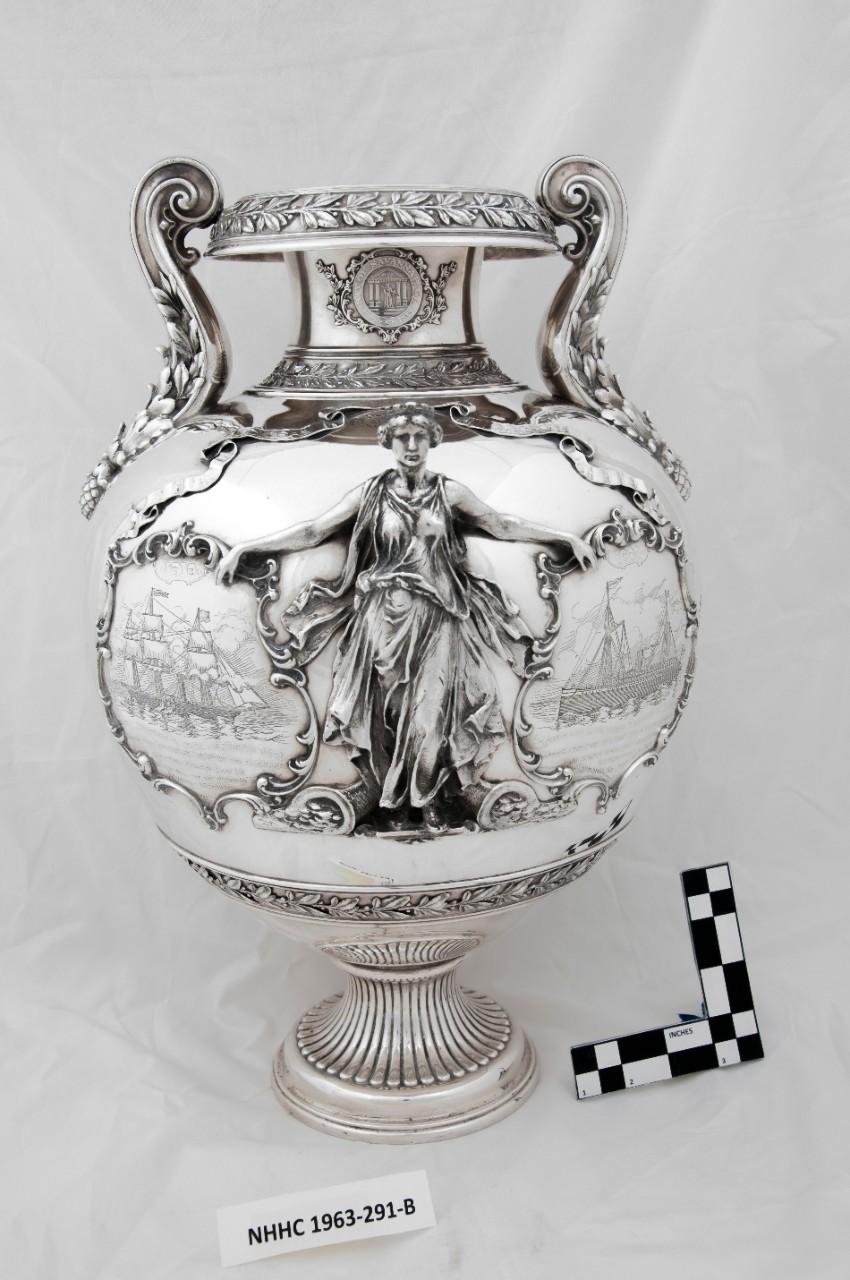 One sterling silver commemorative presentation urn made by Whiting Mfg. Co. of New York, and presented to Admiral George Dewey by the citizens of Savannah, Georgia, on the occasion of his visit to the city, March 20-21, 1900. The obverse neck of the urn is the seal of Savannah, GA. Across the top of the urn body is a scroll with the inscription: To Admiral George Dewey, U.S. Navy. There are four stars on each end of the scroll, representing his rank. On the obverse panel is a high-relief depiction of a woman with outstretched arms, clad in a robe and crown. To the right of the woman is an engraving of a sailing ship with a pennant flying from her mast bearing the name SAVANNAH. Above the image is the year 1819. Below the image is an inscription:

First Steamship to Cross the Atlantic Ocean,
Sailing from Savannah, GA. May 20th 1819 and Reaching
Liverpool, England, June 11th.
She was Built for and Owned by
Savannah Merchants.

To the right of the woman is an engraving of a steamship with a pennant flying from her mast bearing the name SAVANNAH LINE. Above the image is the year 1900. Below the image is an inscription:

The reverse of the body of the urn bears the inscription:

Presented by
The Citizens of Savannah, Georgia,
to
Admiral George Dewey, United States Navy
in Recognition of Distinguished Services
and his Brilliant Victory,
Manila Bay, Philippine Islands, May 1st 1898,
That Made More Glorious the Annals of our Navy and Opened
the Gates of Distant Seas to our Commerce, and
Commemorative of his Visit to our City
March 20th and 21st, 1900.

Following the success of American Navy at the Battle of Manila Bay, the commander of the American Asiatic Squadron, Admiral Dewey, was feted across the United States with parades and ceremonies held in his honor. The presentation of this urn was preceded by a parade and military review as well as a lavish dinner held in honor of Admiral and Mrs. Dewey. 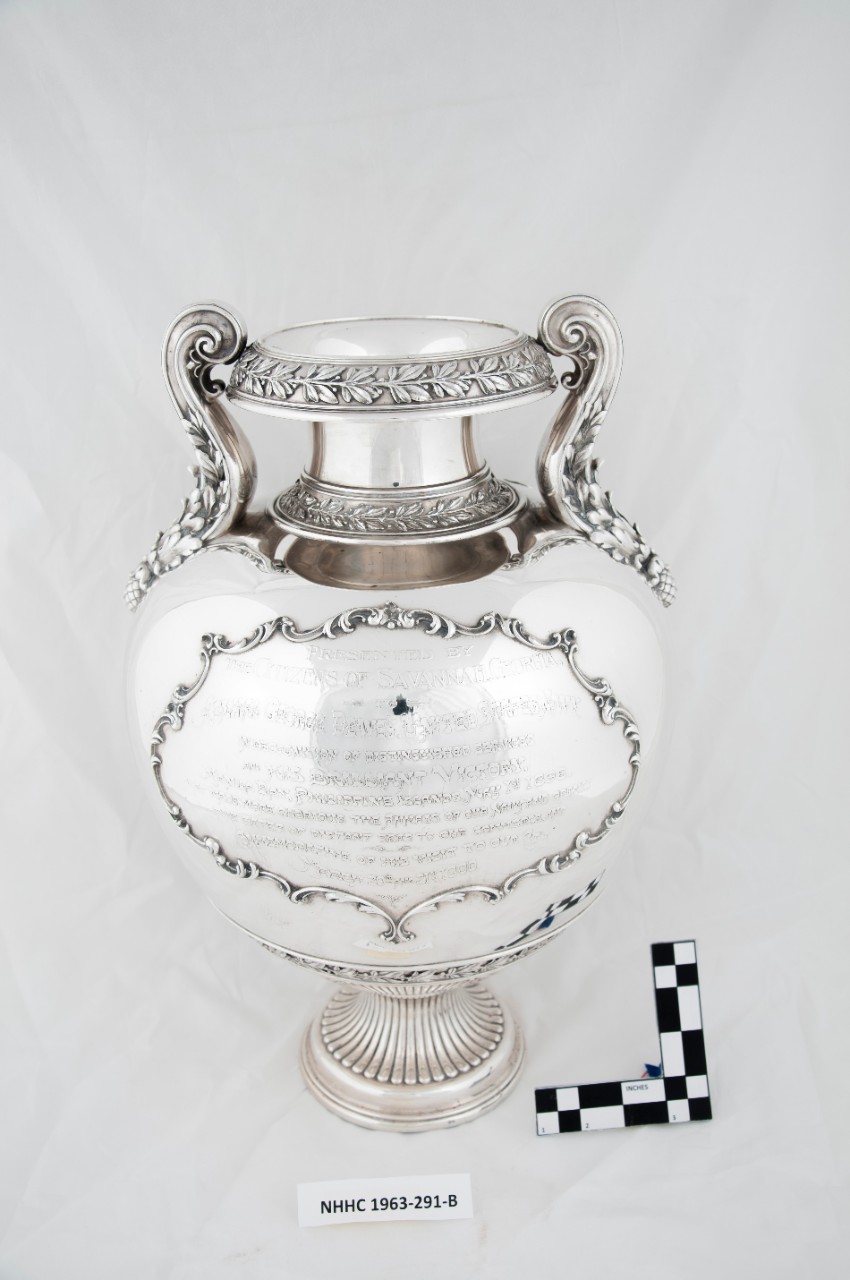 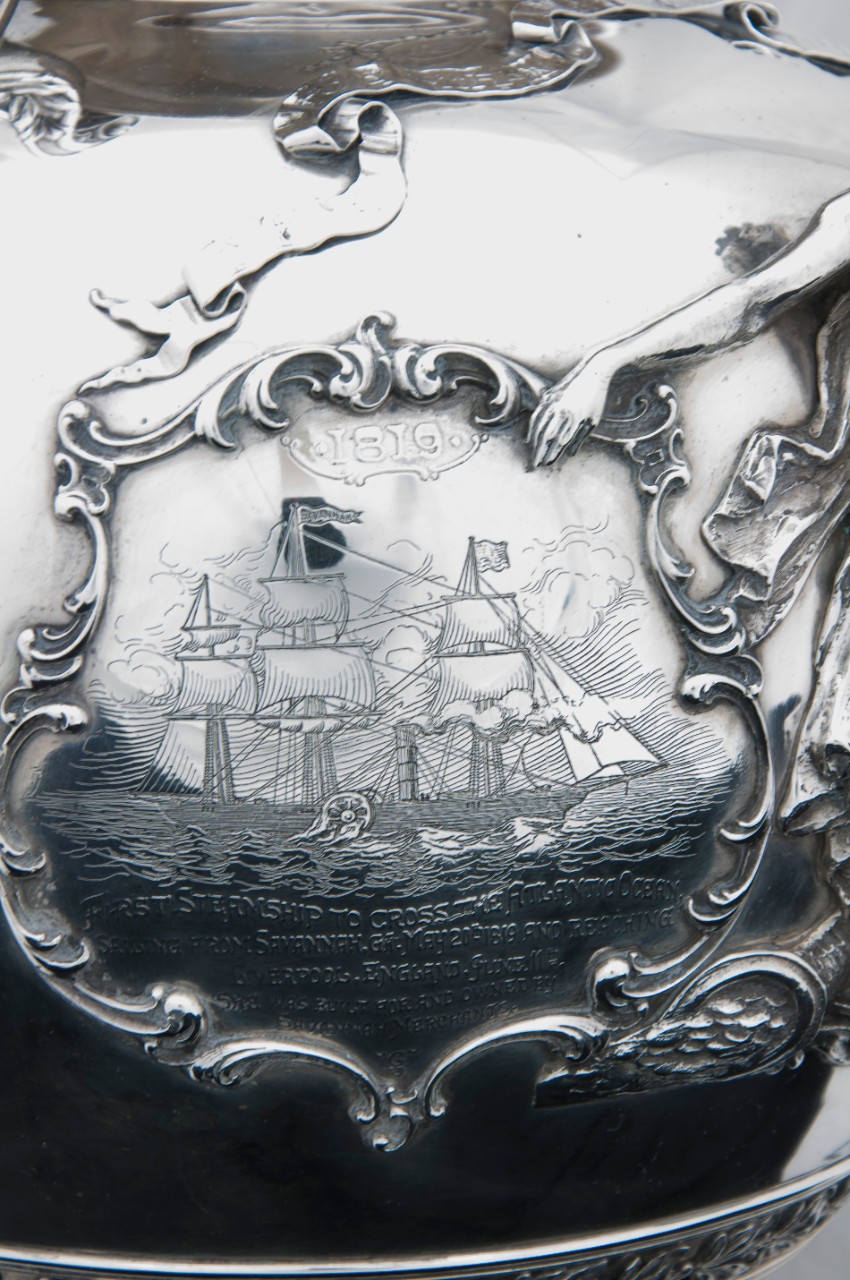 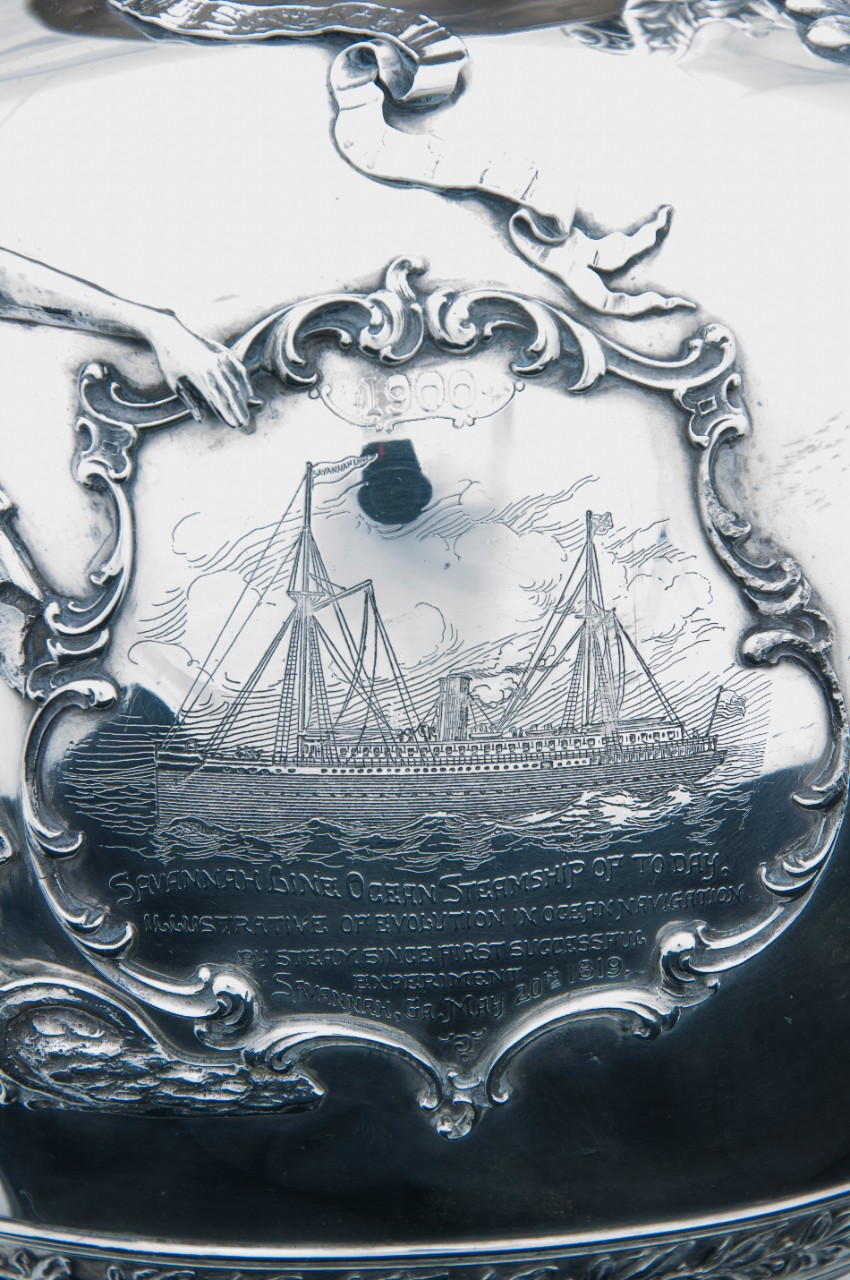