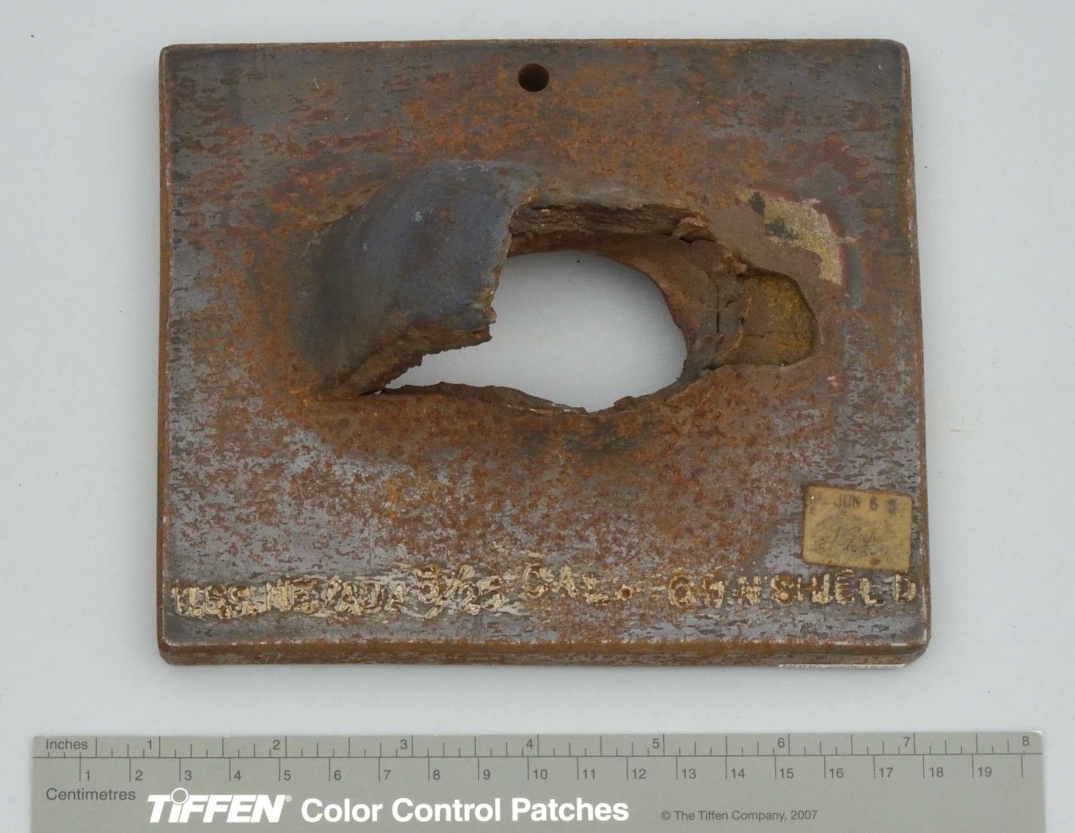 One metal fragment from USS Nevada (BB-36). The obverse is inscribed "USS Nevada 5/25 Cal. gun shield." A label with the fragment reads "A metal section of USS Nevada which was damaged by enemy fire, donated by shop 11 PSNS."

On the morning of 7 December 1941, the Nevada was moored alone at the rear of battleship row. During the ensuing attack by the Japanese, she managed to build up steam and maneuver away from the column of burning ships. Due to extensive damage and concern of sinking in deeper waters or blocking the harbor channel, she was intentionally grounded off Hospital Point. Nevada sustained at least six, and possibly as many as ten bomb hits in addition to one torpedo hit on the port side. Though heavily damaged during the attack, grounding the ship ensured that she could be repaired and returned to action.

The ship was refloated and entered drydock at Pearl Harbor for temporary repairs in February 1942. In April she was sent to the Puget Sound Naval Shipyard (PSNS) in Washington for permanent repairs. The workers in Shop 11 cut out and saved this damaged piece of one of the Nevada's 5-inch/25 caliber gun shields showing a hole inflicted by the Japanese attack. 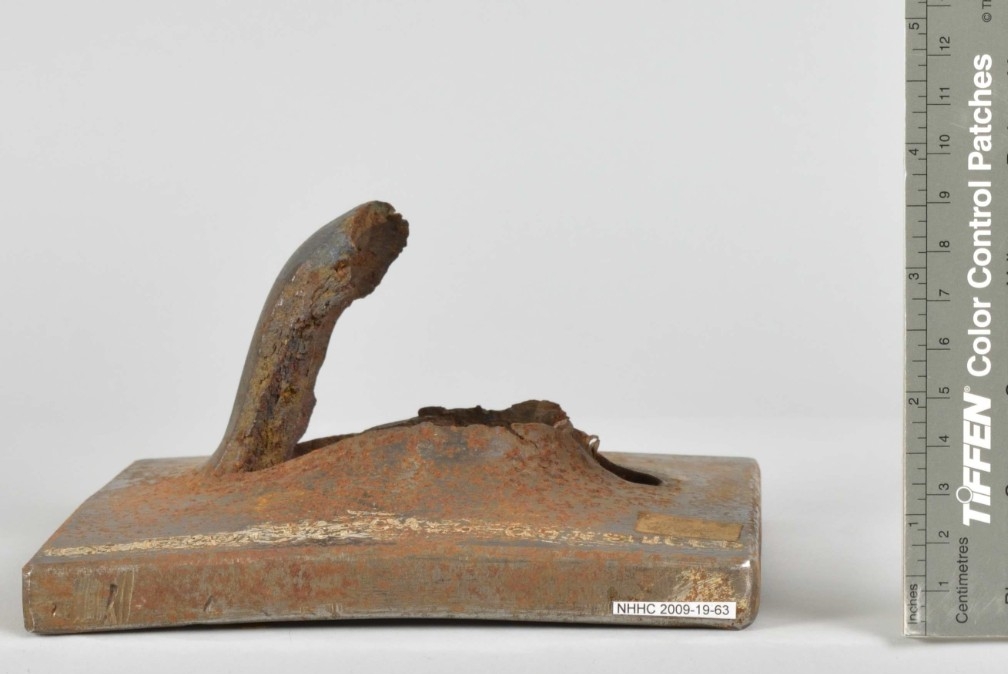