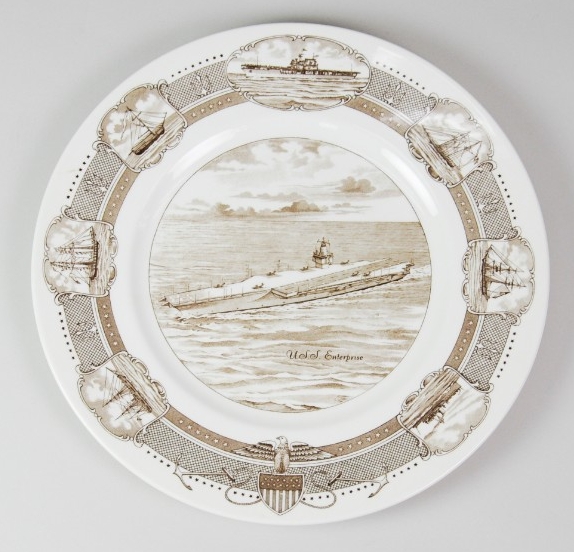 One ceramic presentation plate commemorating the commissioning of USS Enterprise (CVN-65). The obverse shows a pictorial depiction of the the history of ships holding the name ENTERPRISE. The edge displays pictures of the previous ships. In the center is an image of the aircraft carrier CVAN-65 underway with cursive "USS Enterprise" below the ship. The plate printing color is brown. At the bottom of the plate is an eagle holding a federal shield in its talons with an unfouled anchor on both sides. The reverse has text telling the history of ENTERPRISE ships and reads:

"Arleigh Burke" written in marker below the text.

This plate marks the creation of the first nuclear powered aircraft carrier USS Enterprise (CVAN-65/CVN-65). She was the eigth to bear the name Enterprise. Following the decommissioning in 2017, a ninth Enterprise was announced and is currently under construction. 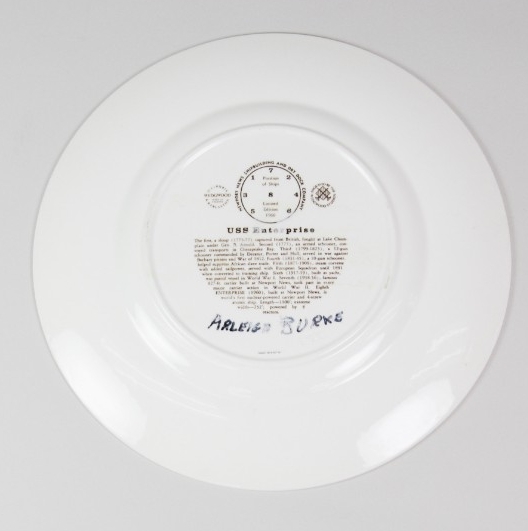