Bible Used in the Schley Court of Inquiry, 1901 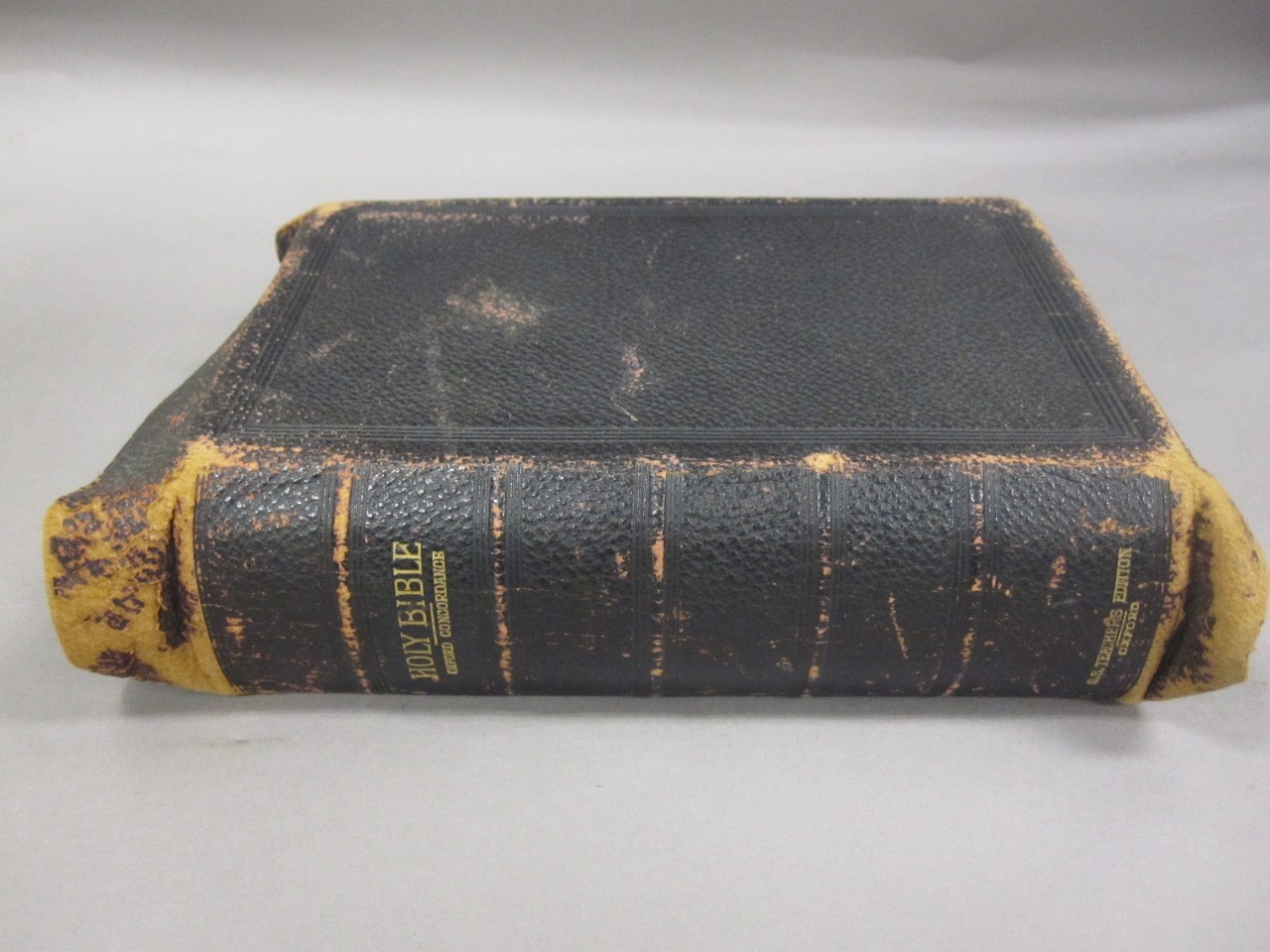 This Unsday School Teacher's Edition Bible was used to swear in witnesses at a court of inquiry held at the Washington Navy Yard on 24 October 1901. The Bible is bound in brown leather and the edges of the pages are embossed in gold. The interior front page of the Bible has the signatures, "John W. Crawford Sept 1899/from mother." The second page is inscribed, "Upon this Bible [*at 2:06 p.m.] October 24, 1901, during the proceedings of a court of inquiry at the navy yard Washington, oaths were administered by Admiral George Dewey president of the court, to Rear Admiral Winfield S. Schley and Captain Charles E. Clark as witnesses." The signatures of George Dewey, Winfield Schley, and Captain Clark appear below. The bottom of the page bears the inscription, "J.W. Crawford ADMIRALS SECY U.S. NAVY." *this refers to the time Rear Admiral Schley took the oath. Captain Clark was sworn earlier in the day.

The court of inquiry was convened at the sail loft, gunner's workshop at the Washington Navy Yard. Rear Admiral Schley had requested a court of inquiry to absolve him of charges of cowardice and misconduct stemming from his actions aboard the USS Brooklyn leading up to and during the Battle of Santiago Bay. The court ruled against Schley but Admiral George Dewey issued a minority report praising Schley for his actions during the battle and giving him credit for the destruction of the Spanish fleet. 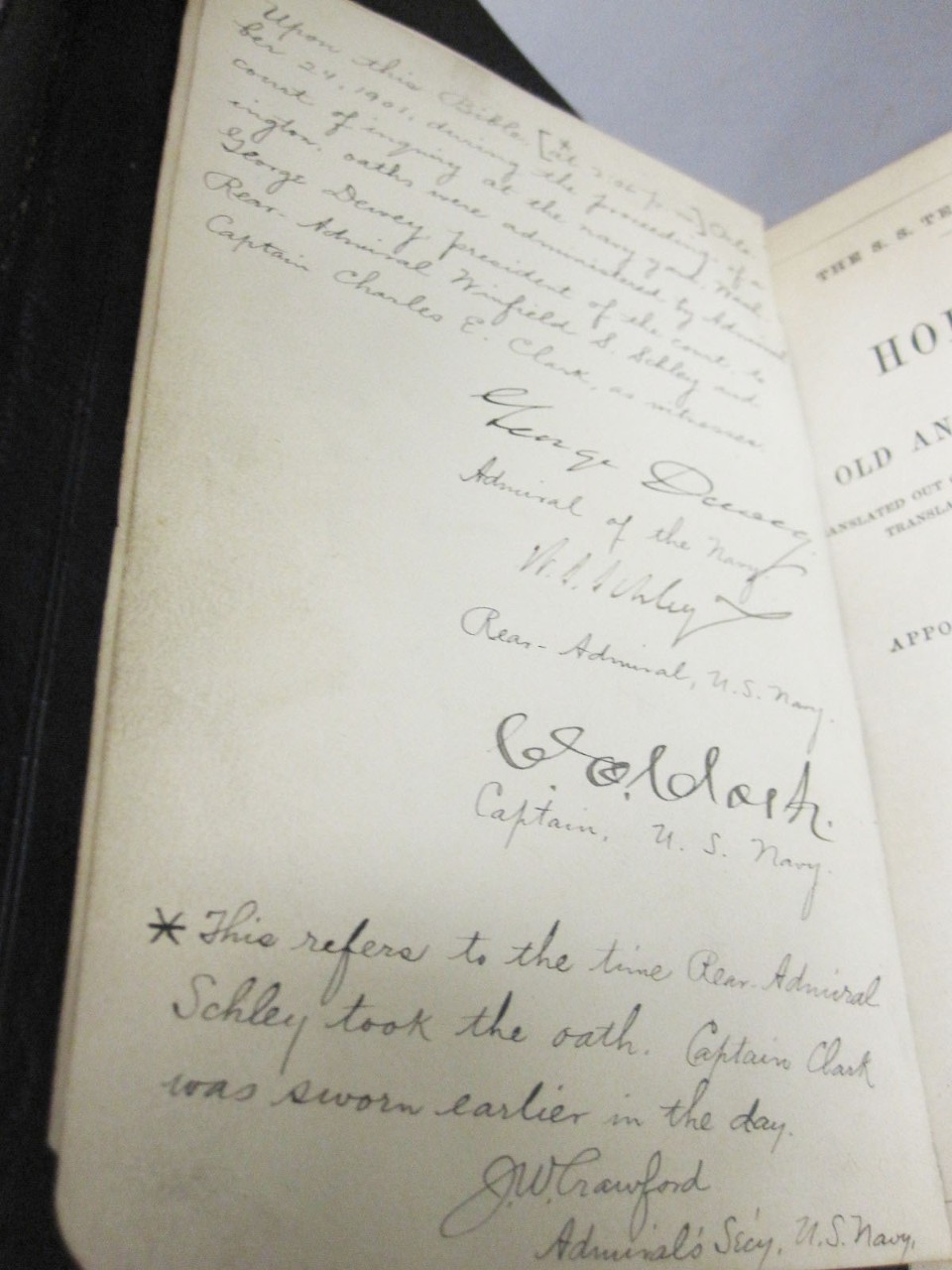