One fragment of a liferaft from air ship USS Macon (ZRS-5). Bonding sections and seams are still visible in the fragment. The fragment is covered with the signatures of the survivors of the 1935 crash of the Macon.

In the 1930's the US Navy began experimenting with a rigid airship program. Among these ships was the USS Macon (ZRS-5). Classified as a Rigid Airship (Scouting), she was designed to carry and launch aircraft. On 12 February 1935, Macon crashed into the sea off Point Sur, California after encountering a storm that damaged her upper fin. Eighty-one out of her eighty-three-man crew were saved thanks in part to the life-jackets and liferafts issued to the ship in the wake of the tragic crash of Macon’s sister ship, USS Akron (ZRS-4), two years prior. The Navy ended the rigid airship program following Macon’s crash. 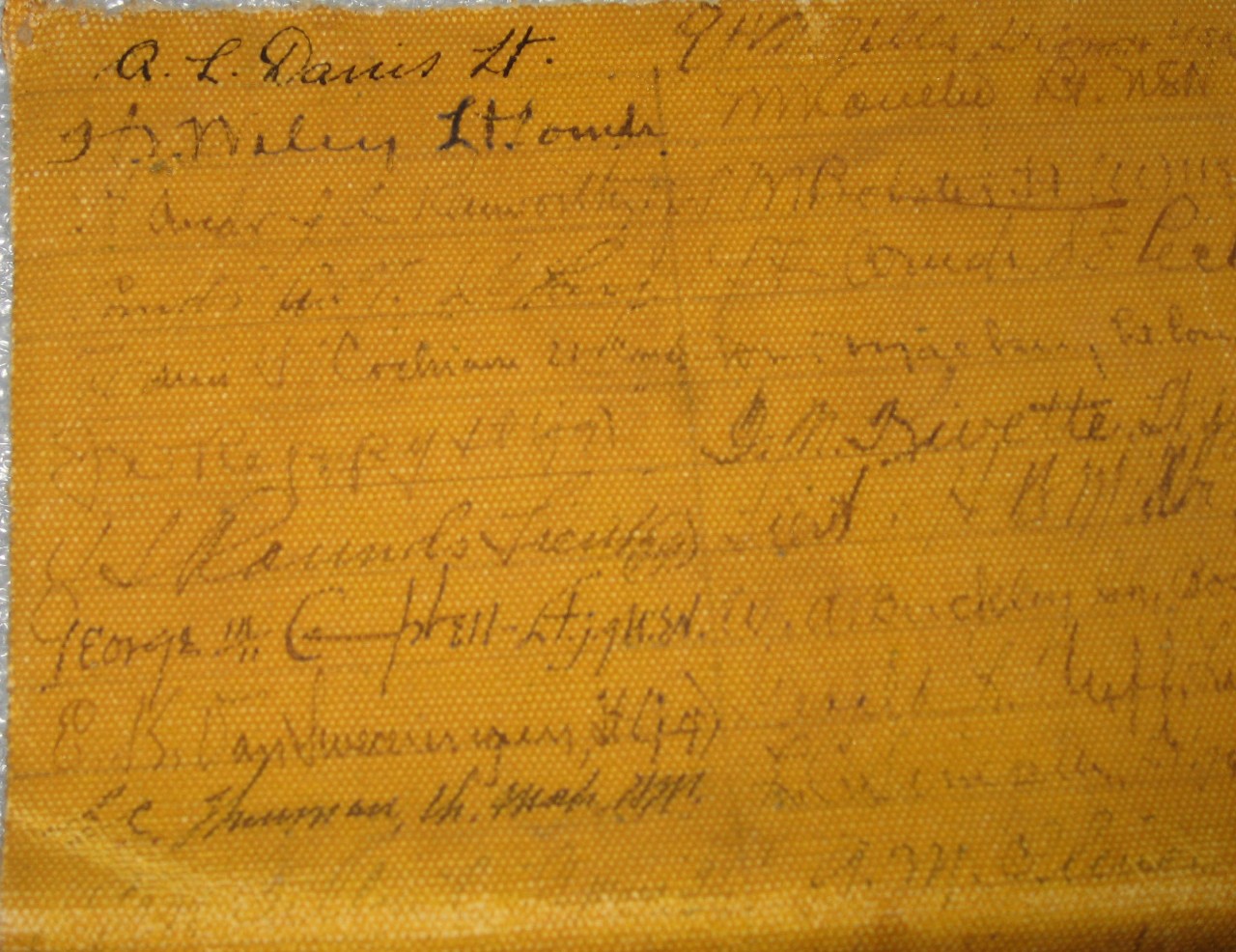