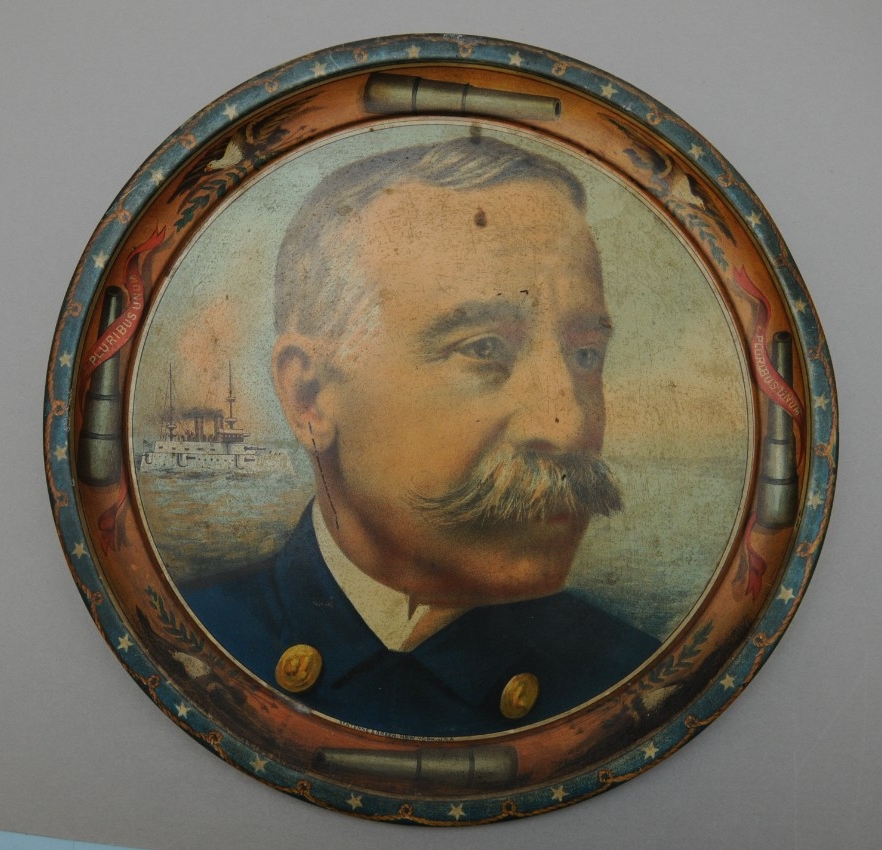 One decorative metal plate with an image of Admiral George Dewey. The outer border is blue with a rope and star design. The inner border has an orange field. There is a cannon at each cardinal point. At the east and west cannons, there is a red banner wrapped around the barrels bearing the phrase E PLURIBUS UNUM. Between each of the cannons is an eagle with outstretched wings clutching an olive branch and arrows. The central image is a bust image of Admiral George Dewey. To the left of Dewey's ear is an image of a ship under steam, most likely his flagship the USS Olympia. The ship is painted white with two smokestacks and four guns visible. The plate was manufactured by Sentenne & Green, New York, USA.

Commemorative artifacts such as this reflect the public’s fascination with and perception of Dewey as a hero following the defeat of the Spanish fleet at the Battle of Manila Bay in 1898.