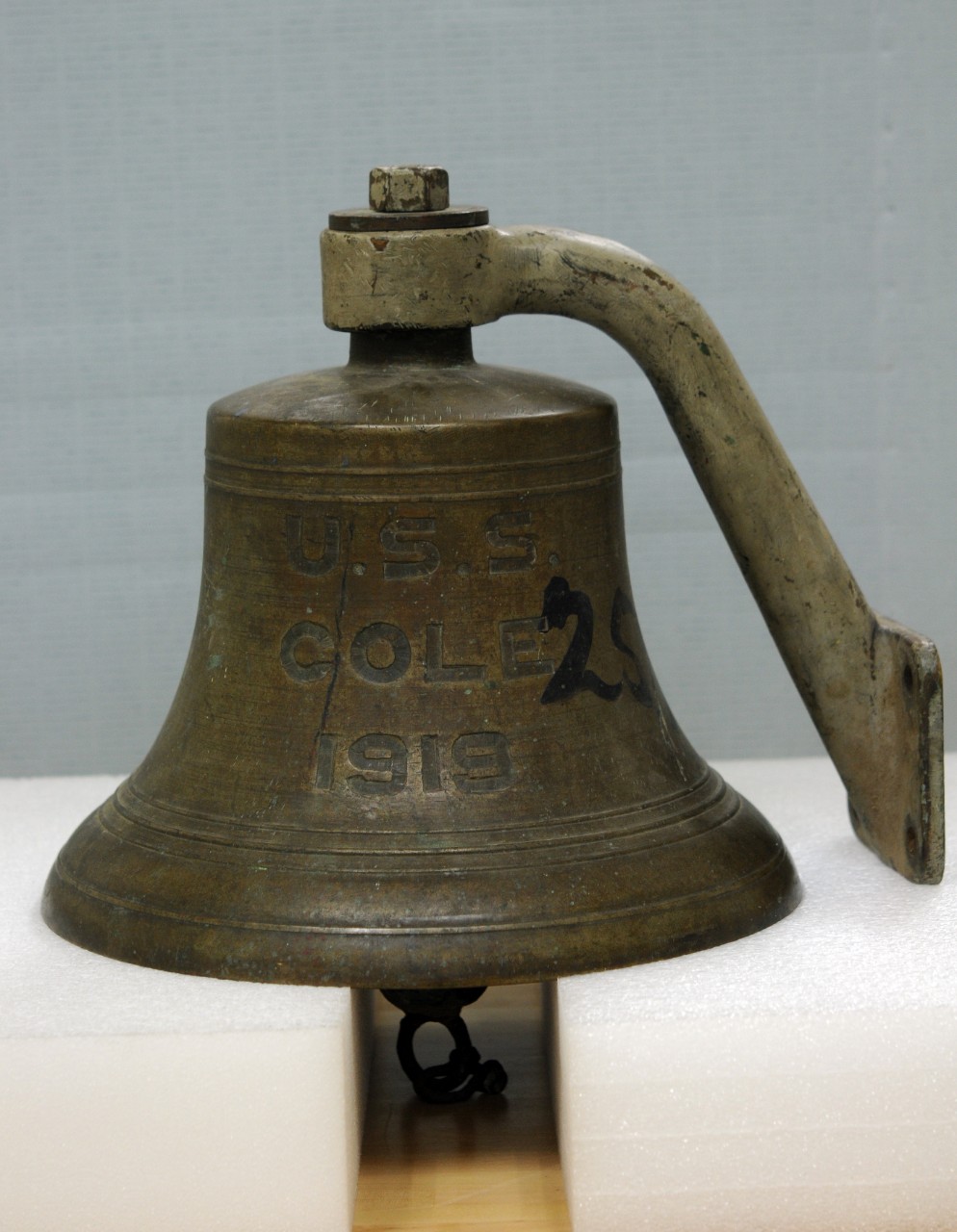 USS Cole was commissioned in June 1919. During World War II she escorted convoys in the North Atlantic, the Western Mediterranean, and patrolled the eastern coast of the United States. She also participated in the invasion of North Africa in 1942, codenamed Operation Torch. In 1943, she participated in the invasion of Sicily and the assault on Salerno, Operation Husky and Operation Avalanche, respectively. She decommissioned in 1945.

The bell from the USS Cole (DD-155) was recently featured on the television show American Pickers. In 2017, they “picked” the bell from a location in New Hampshire. After contacting the Naval History and Heritage Command for the bell’s history, they found that the bell was accessioned by the Navy in 1945 but had gone missing while it was on loan. In the last episode of Season 19, they returned the bell to the custody of the Naval History and Heritage Command.