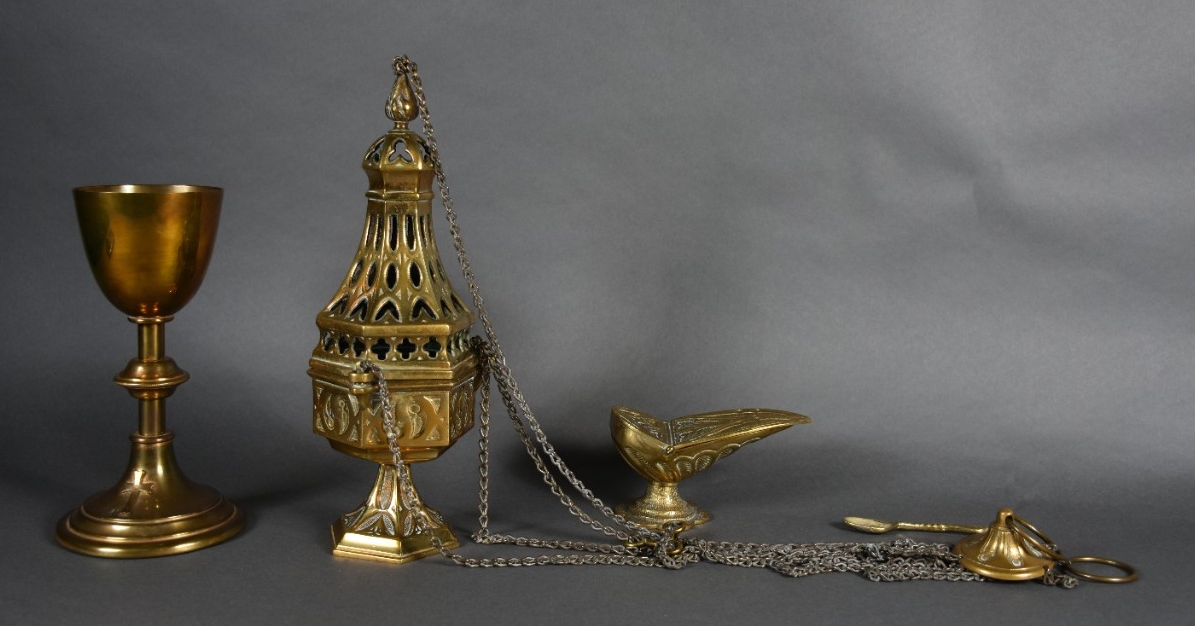 This Catholic Chaplain’s set includes a brass chalice, censer or thurible, incense boat and spoon. The incense boat, censer and spoon are elaborately decorated with pierced motif and, a shell shape on the bowl of the spoon. The censer, used for burning incense, has four long chains which attach the censer to the holder and allow the carrier to swing the censer and spread the incense throughout the space. One chain opens the lid of the censer allowing incense to be placed inside. There is also a space for a piece of charcoal to keep the incense burning. The incense boat holds additional incense, and the spoon is used to place the incense into the censer. The chalice has a cross on one side and the initials “USN” on the reverse.

A Navy Chaplain who was stationed at US Naval Station Guam, Marianas Islands, recovered this set from a former Navy Chapel deep in the backwoods of Saipan in June of 1954. The chalice would have been used for Holy Communion while the censer/thurible, incense boat, and spoon would have been used during mass to bless the altar, gospel, offertory gifts, and the congregation. The censer/thurible, incense boat, and spoon are used in more permanent or well-established chapels and are not part of the mobile sets carried by military Chaplains while in the field.

The United States Navy Chaplain Corps traces its origins back to November 28, 1775, when the Continental Congress adopted Article 2 of the “Rules and Regulation of the Navy of the United Colonies of North America.” The Article stated that Captains were “to take care that divine service be performed twice a day on board, and a sermon preached on Sunday”. Despite this Article, the Continental Navy did not have commissioned Chaplains at its inception. After the American Revolution the Continental Navy was dissolved and therefore Article 2 became a dead matter.

The first officially commissioned chaplain was William Balch who served from 1799 to 1801 following the reestablishment of the Navy with the Naval Act of 1794. The first Catholic priest to serve on a Naval ship was Father Adam Marshall in 1824 who served on the USS North Carolina not as a Chaplain, but as a Schoolmaster. The religious services and preaching on board the ship were officiated by an Episcopalian Priest, so Fr. Adam instead spent his time teaching reading and writing to the midshipmen as well as providing spiritual direction and Confession. The first officially commissioned Catholic chaplain in the Navy was not until the late 19th century when Father Charles H. Parks was commissioned in 1888. 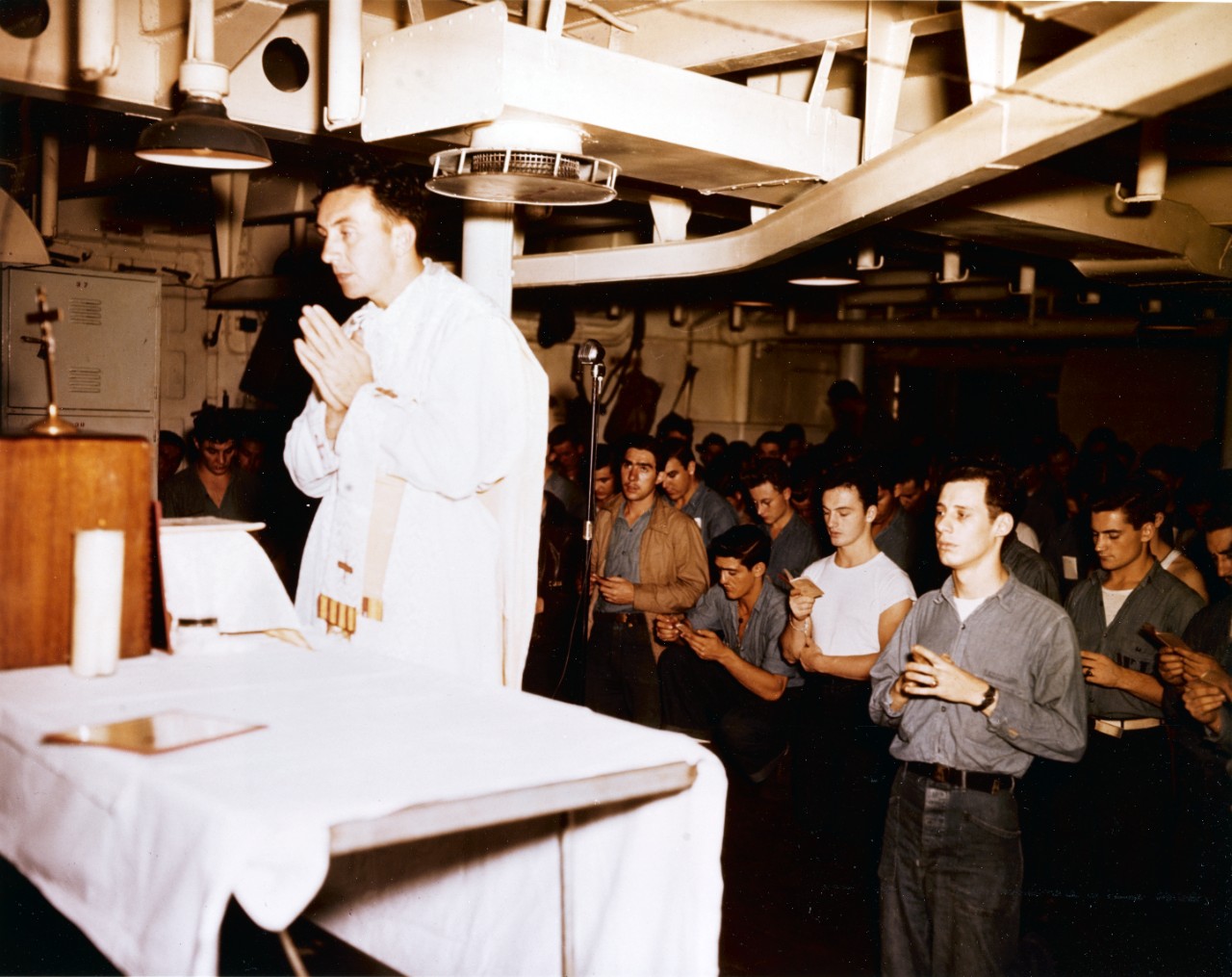 Title: 80-G-K-4273 Catholic chaplain Celebrates Mass
Caption: On board an aircraft carrier in the Pacific, circa 1945.

These religious artifacts help to tell a more complete story of the sailor’s life. Religious ritual helped provide sailors with a sense of peace and stability in often unstable environments. These objects are a testament to the courage and tradition of service that defines the men and women who have served the Navy Chaplain Corps in their mission to strengthen the “spirit, moral character, and toughness” of every sailor and their families, a tradition that began in the 18th century and continues today.