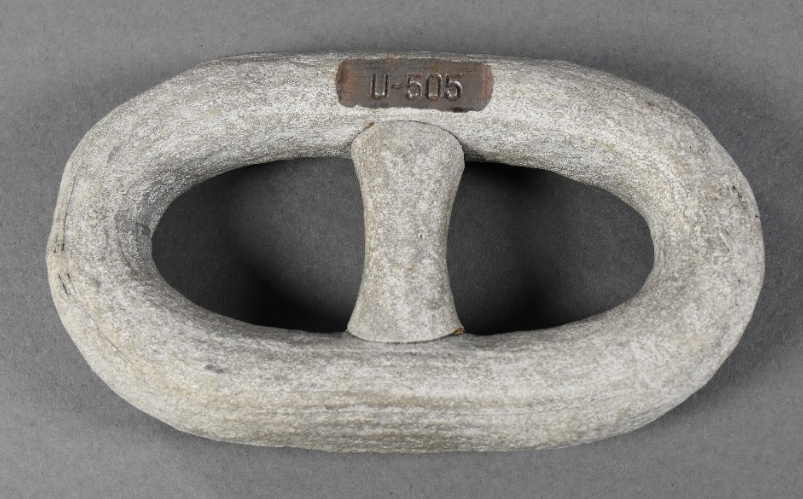 One anchor chain segment from the German submarine U-505. The link is painted white with an engraving marking its origins.

Following the end of the war, secrecy was no longer an issue. The capture and salvage of U-505 was made public and the boat traveled throughout the eastern United States on a war bond tour. With no further use for the captured sub, the Navy was set to use her as target practice. However, fate intervened when the Museum of Science and Industry in Chicago, IL requested the Navy gift the submarine to the museum for exhibit. This link from one of U-505’s anchor chains was gifted to NHHC from the museum.