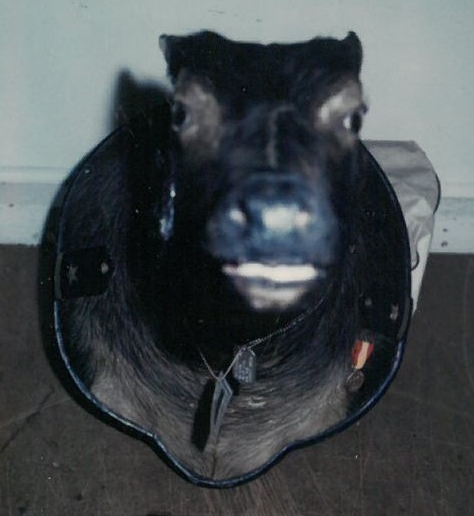 Ensign Tamaraw was stationed at Naval Station Subic Bay, Philippines in the late 1960s to ealy 1970s. Tamaraw was a Mindoro dwarf buffalo who joined the Navy from his native island of Mindoro in the Philippines. He attained the rank of Ensign and was issued his own dog tag and military identification card. He also received the National Defense Service Medal for his service. He is described as having brown hair, brown eyes, weighs forty pounds, and stood thirty inches tall. It is unknown when he joined the Navy, but his ID card was issued 20 November 1970. 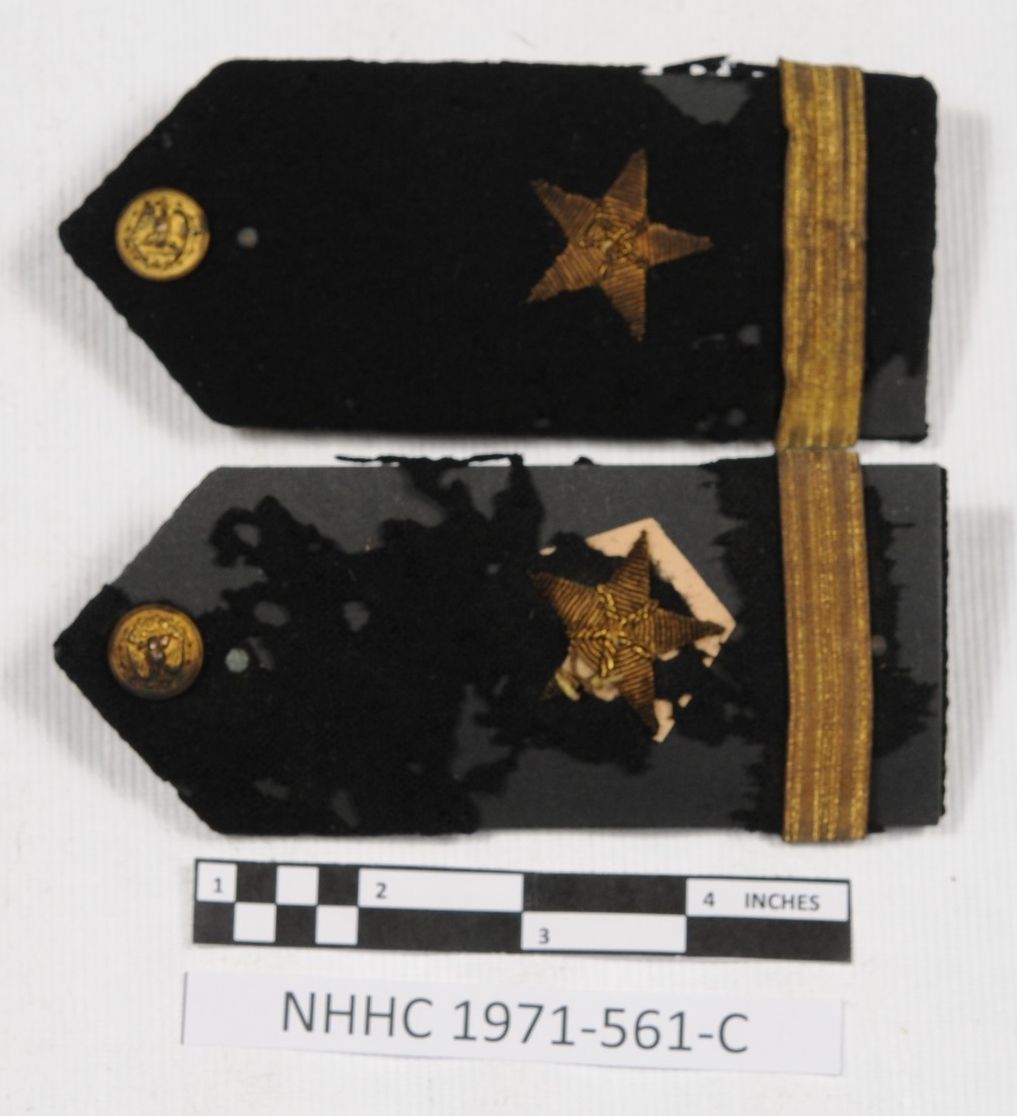 One pair of ensign shoulder boards. Shoulder boards are rectangular in shape, coming to a point at one end. They are covered in black fabric. There is a small gold US Navy button at the point. There is one gold embroidered star and one gold ribbon at the other end of the shoulder board. There are two nails driven into each board. The reverse of the boards has an eagle with outstretched wings sitting in a V over a banner with the text "Vanguard." 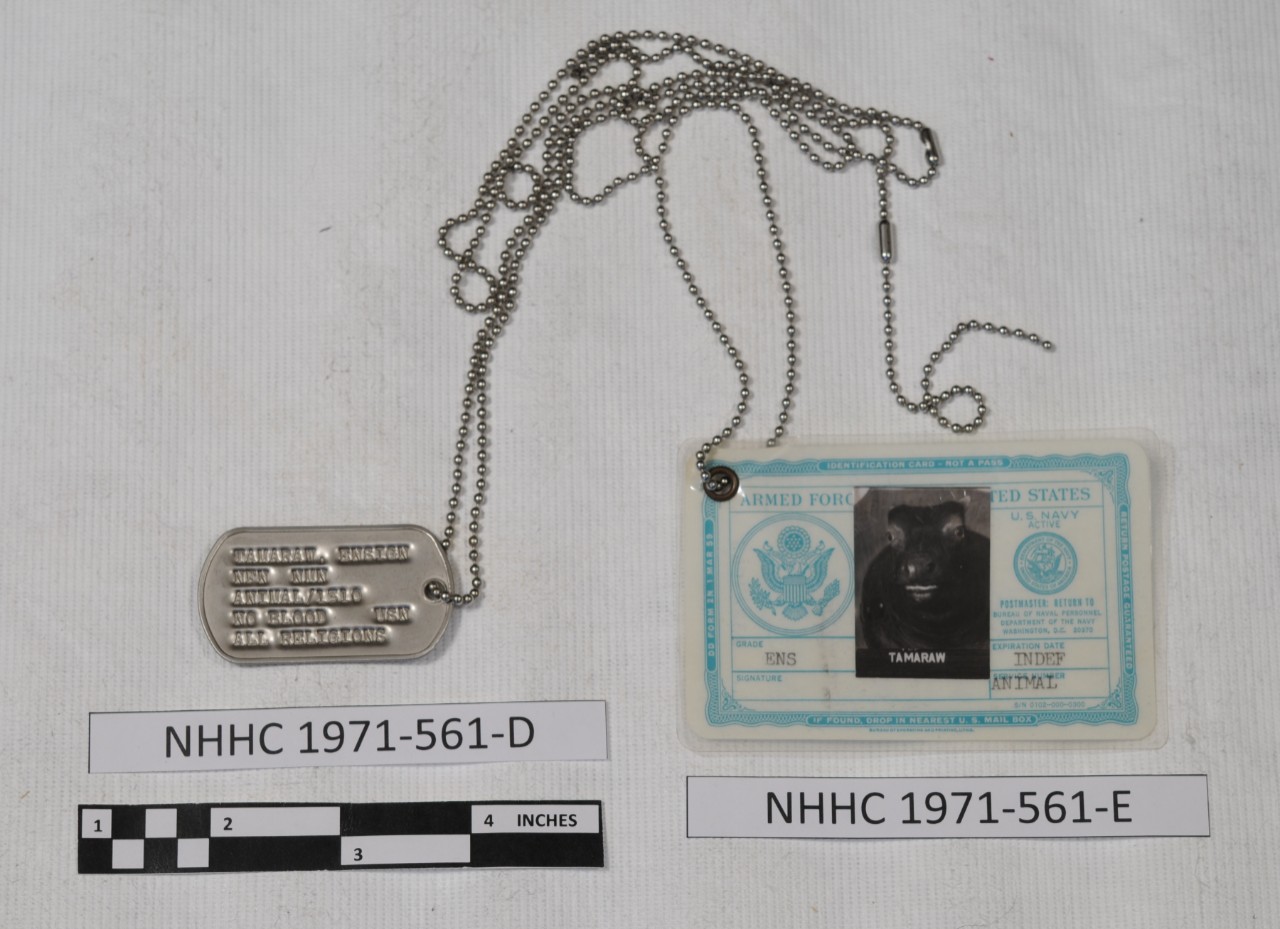 One metal dog tag. The tag is rectangular in shape with rounded ends. It is stamped with text // TAMARAW, ENSIGN / NFN NMN / ANIMAL/1310 / NO BLOOD / USN / ALL RELIGIONS // 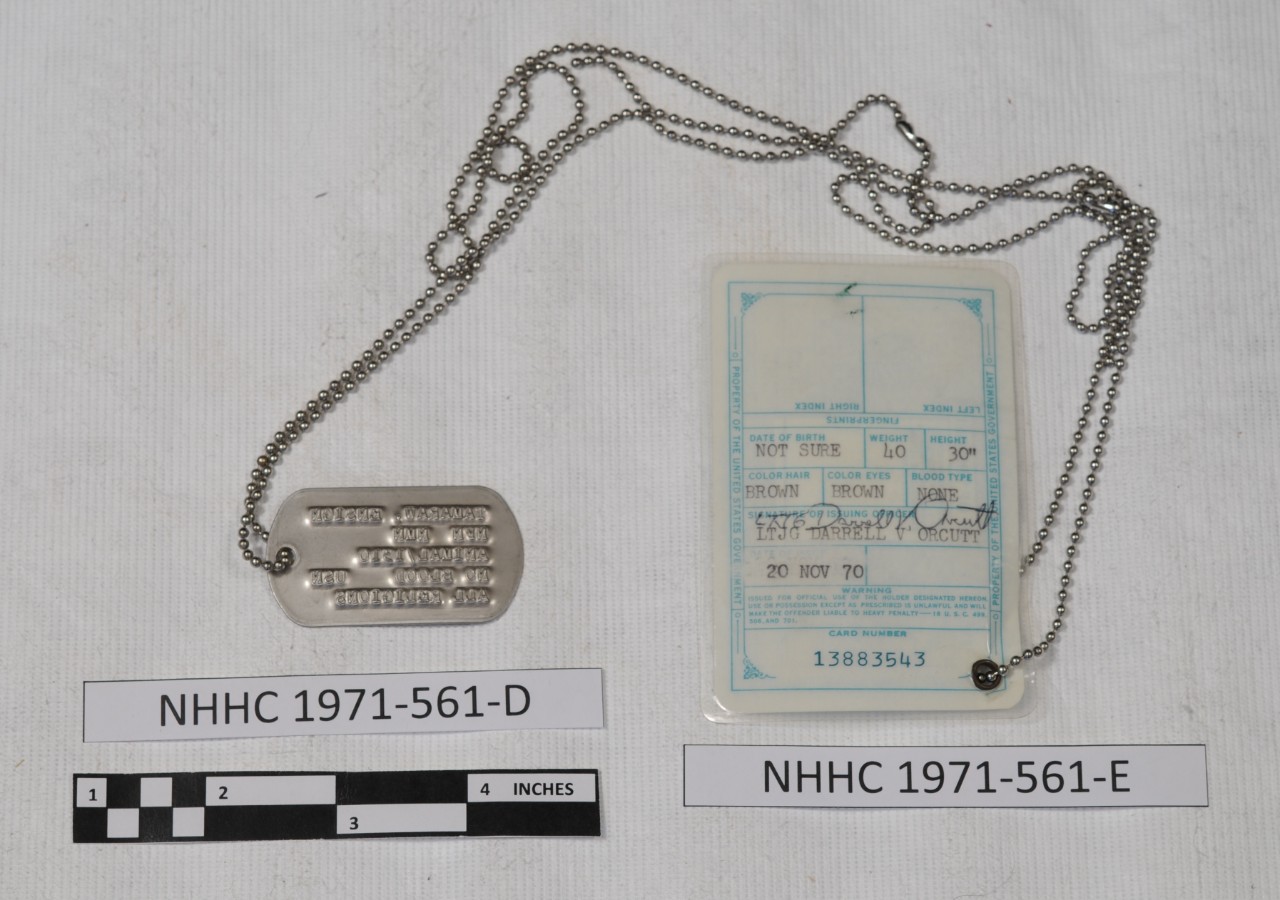 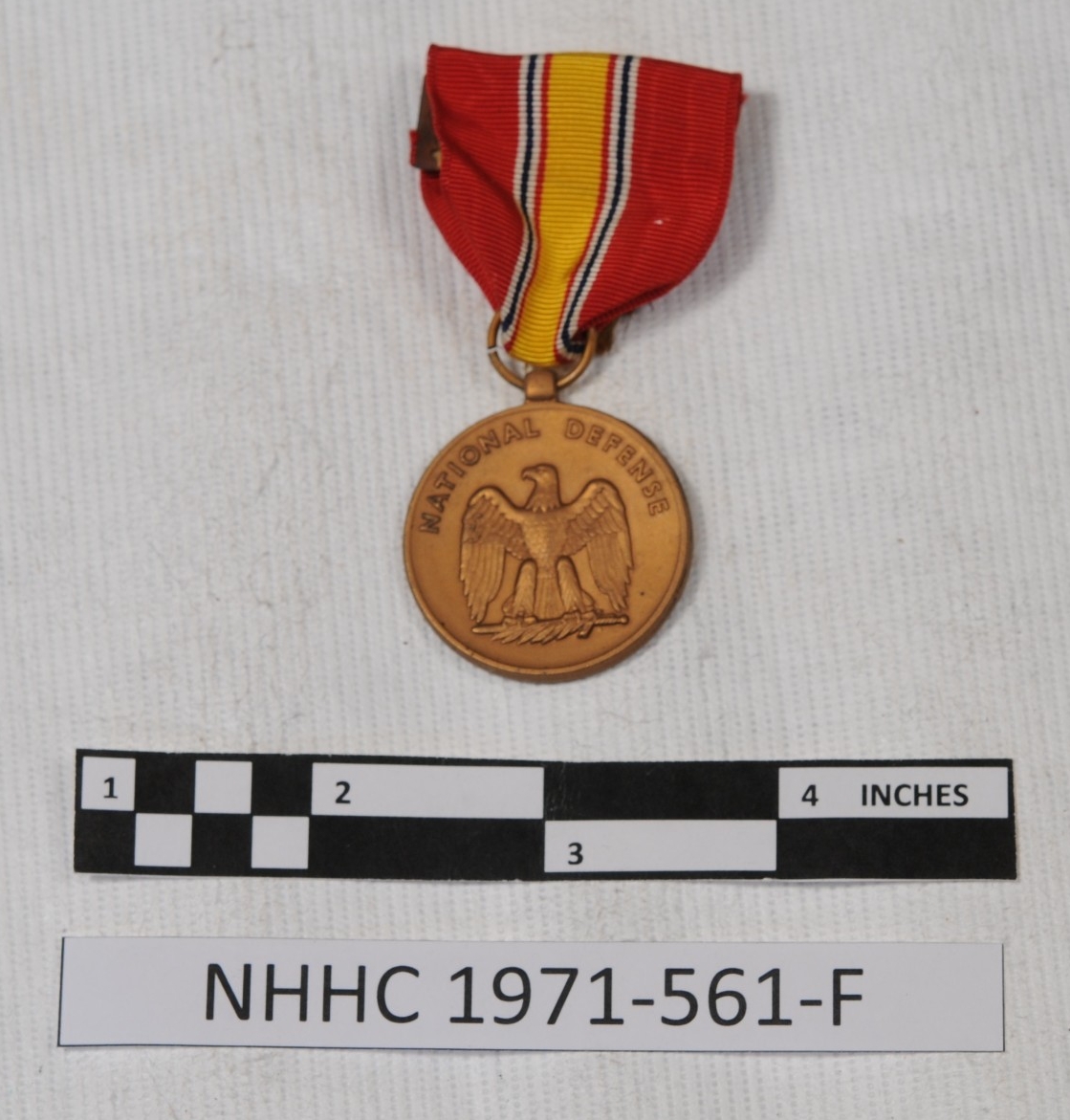 One National Defense Service Medal. The ribbon has the following vertical stripe color pattern: wide red, thin white, thin dark blue, thin white, thin red, thicker yellow, thin red, thin white, thin dark blue, thin white, wide red. There is a metal backer with a pin to attach the ribbon to a board. The bronze medal is circular. The obverse design has NATIONAL DEFENSE across the top above an eagle with outstretched wings, standing on a sword and a palm branch. The reverse design has an American shield with a branch of oak leaves and a branch of laurel forming a wreath. The top portion of the shield contains narrow horizontal striped. The lower portion contains thirteen vertical stripes.

Tamaraw's family in the Philippines is listed as critically endagered. As such, the US Navy would not welcome the enlistment of any of his family in order to protect the small surviving population.