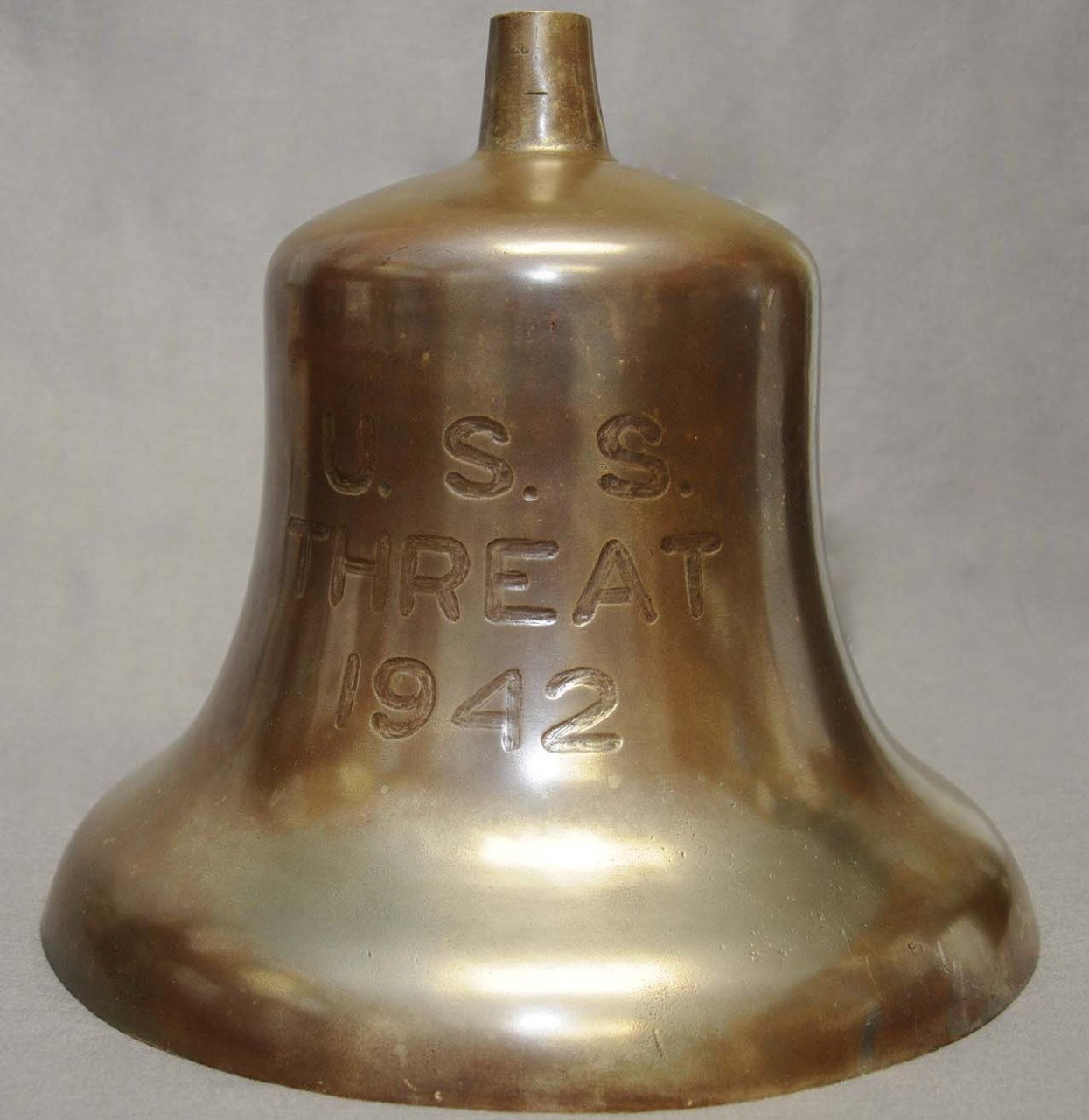 One bronze bell engraved with the name of the ship U.S.S. THREAT and the year of her launching, 1942. USS Threat (AM-124) operated as a minesweeper on convoy escort in the Atlantic Theater during World War II. In 1944, she participated in Operation Neptune, the assault phase of Operation Overlord, better known as the invasion of Normandy on 6 June 1944.  Threat patrolled the channels off of Normandy to clear a path for troop and support ships. She transferred to the Pacific Theater in 1946 where she remained following VJ Day to continue with mine-clearing operations.

The bell was transferred to NHHC in 1973 after USS Threat was decommissioned and struck from the naval vessel register.