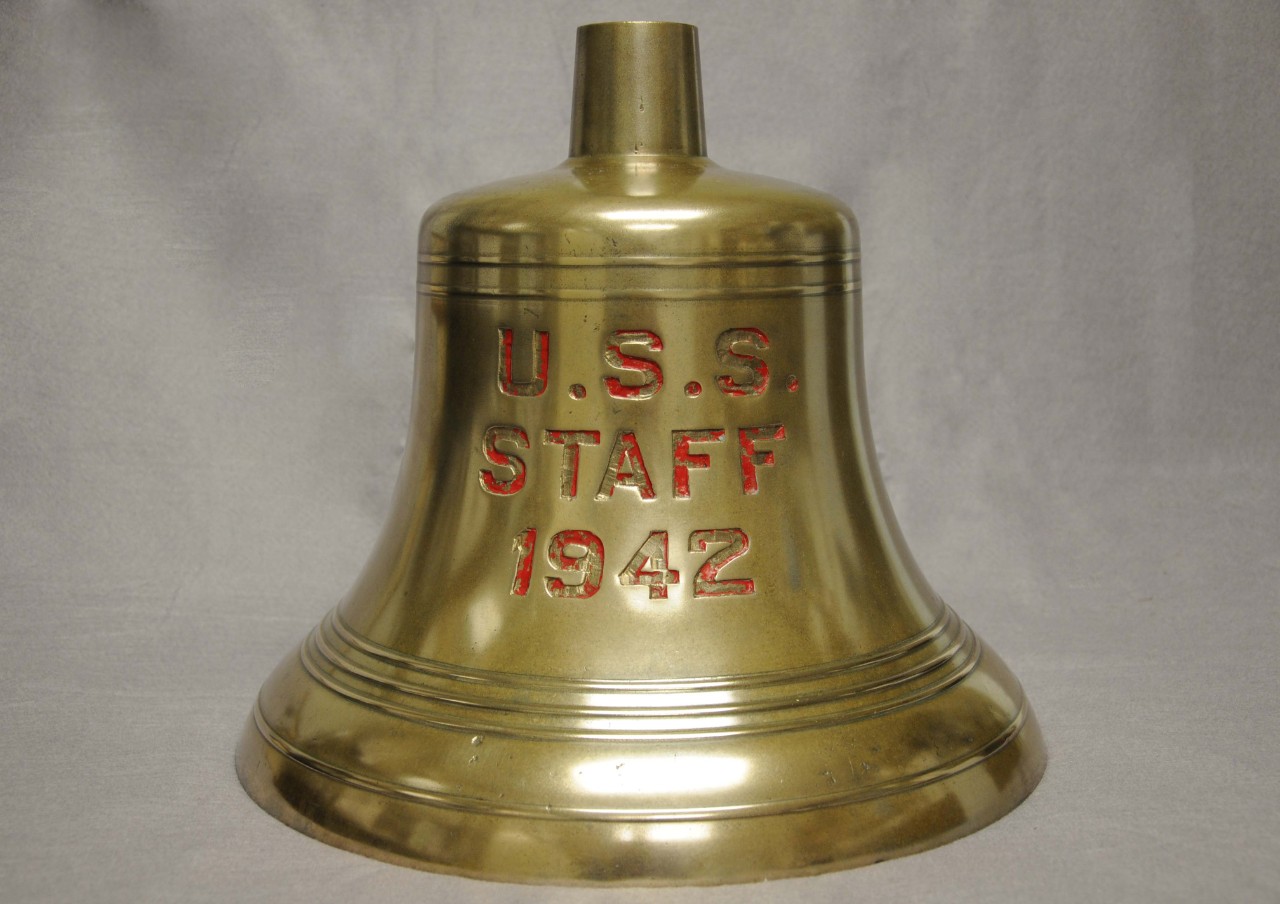 One bronze bell engraved with the name of the ship U.S.S. STAFF and the year of her launching, 1942. There are remnants of red paint in the lettering of the bell.

USS Staff (AM-114) joined World II as a minesweeper operating off the coast of Algeria. In July 1943, she participated in the allied invasion of Sicily, codenamed Operation Husky. It was during this campaign that Staff struck a mine, suffering extensive damage to her forward engine room as well as numerous casualties. Following repairs at Norfolk, she returned to Europe where she was attached to the twelfth fleet for the invasion of Normandy. While patrolling the waters off Normandy, she came to the aid of USS Glennon (DD-620) after she sustained catastrophic damage from a mine. Unable to salvage the ship, Staff rescued the crew of the ailing ship for which the commanding officer of USS Staff, Lieutenant J.H. Napier, was awarded the Bronze Star.

In August, Staff transferred to the Mediterranean to assist in the allied invasion of southern France, codenamed Operation Dragoon. Staff ended the war in the Pacific Theater where she continued to clear mines around Guam, Okinawa, and the East China Sea.

This bell was transferred to NHHC in 1967 when the USS Staff was struck from the naval vessel register following her final decommissioning. The bell underwent conservation by a private conservator in 2014.