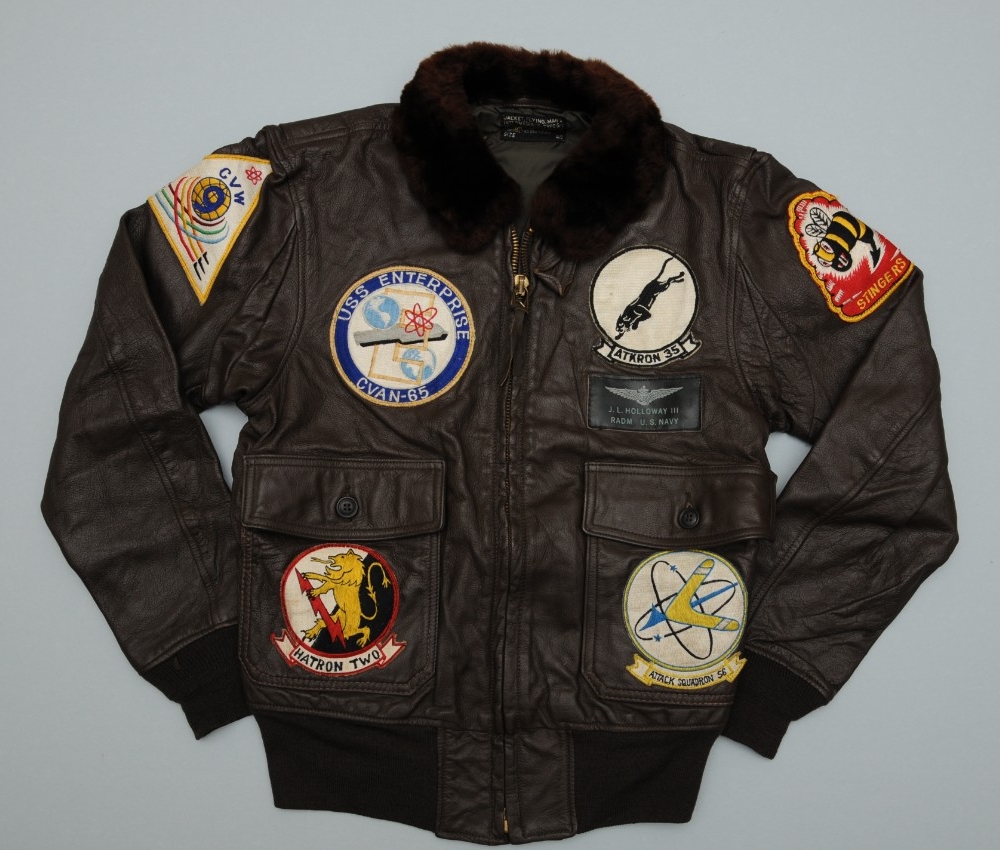 This jacket was most likely presented to Holloway upon his promotion to RADM and leaving command of USS Enterprise. The patches denote the squadrons under his command while he served as Captain of USS Enterprise from 1965-1967. 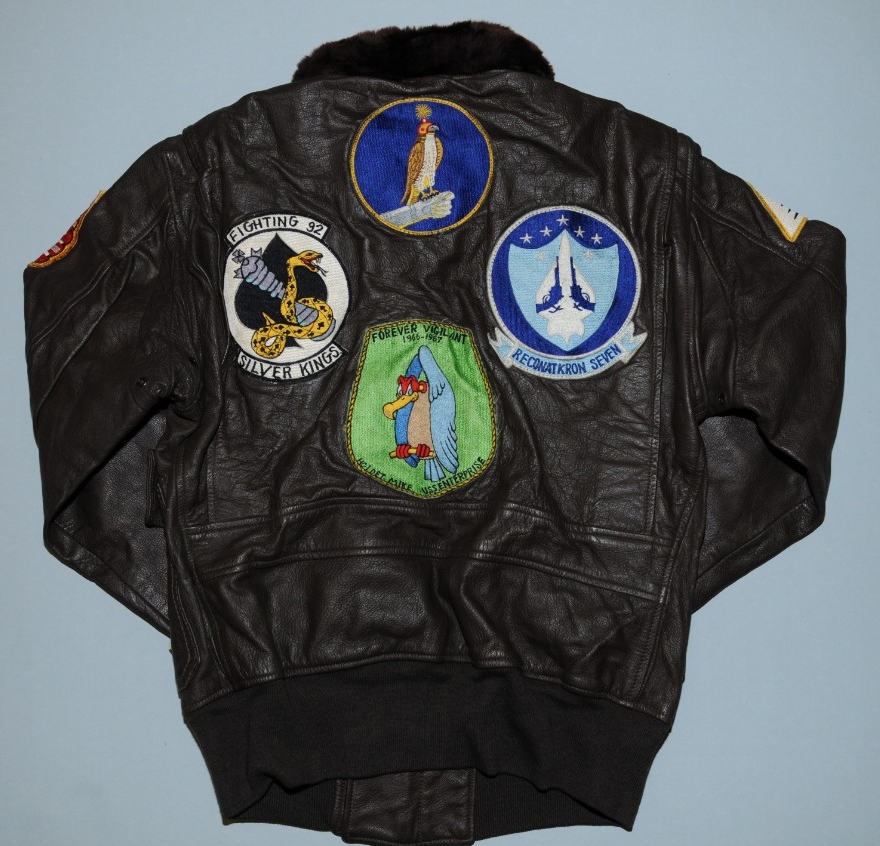