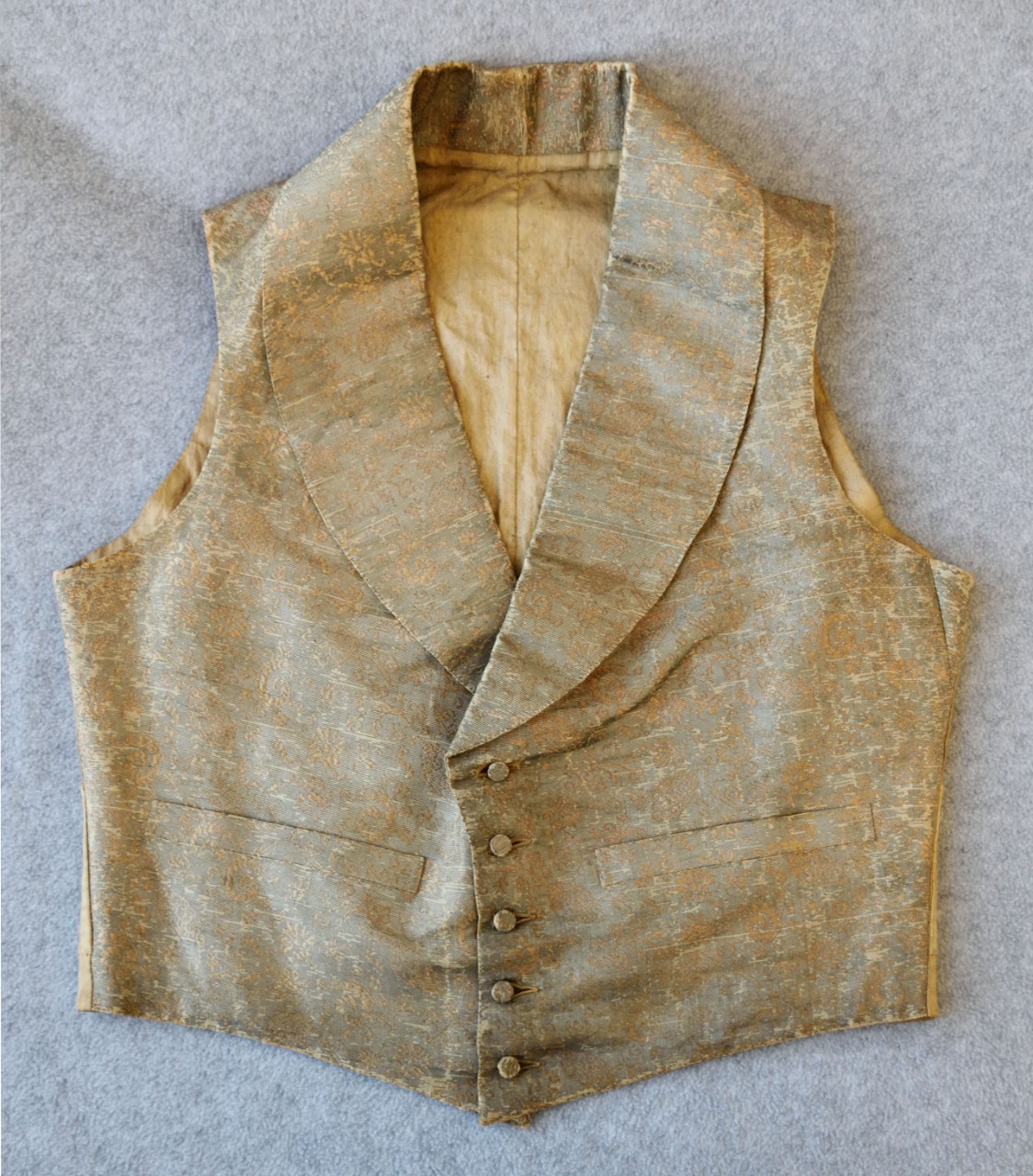 One silk brocade waistcoat. It is single-breasted with five cloth covered buttons down the front. It is sleeveless and cut to waist-length. There is a waist-level pocket on each side of the front. There is a gusset on the proper left underarm. A label // Worn by Nelson // is written on the back.  On the reverse are two belt pieces, attached to the sides, and laced together.

In the eighteenth and nineteenth century, a waistcoat was a required garment for any properly dressed man. This early nineteenth century example was cut from a fabric featuring silver metallic thread and pink silk floral ornament. It was worn over the shirt and under the jacket. This lavish waistcoat is believed to have been owned by Admiral Horatio Nelson, Vice Admiral of the British Royal Navy. 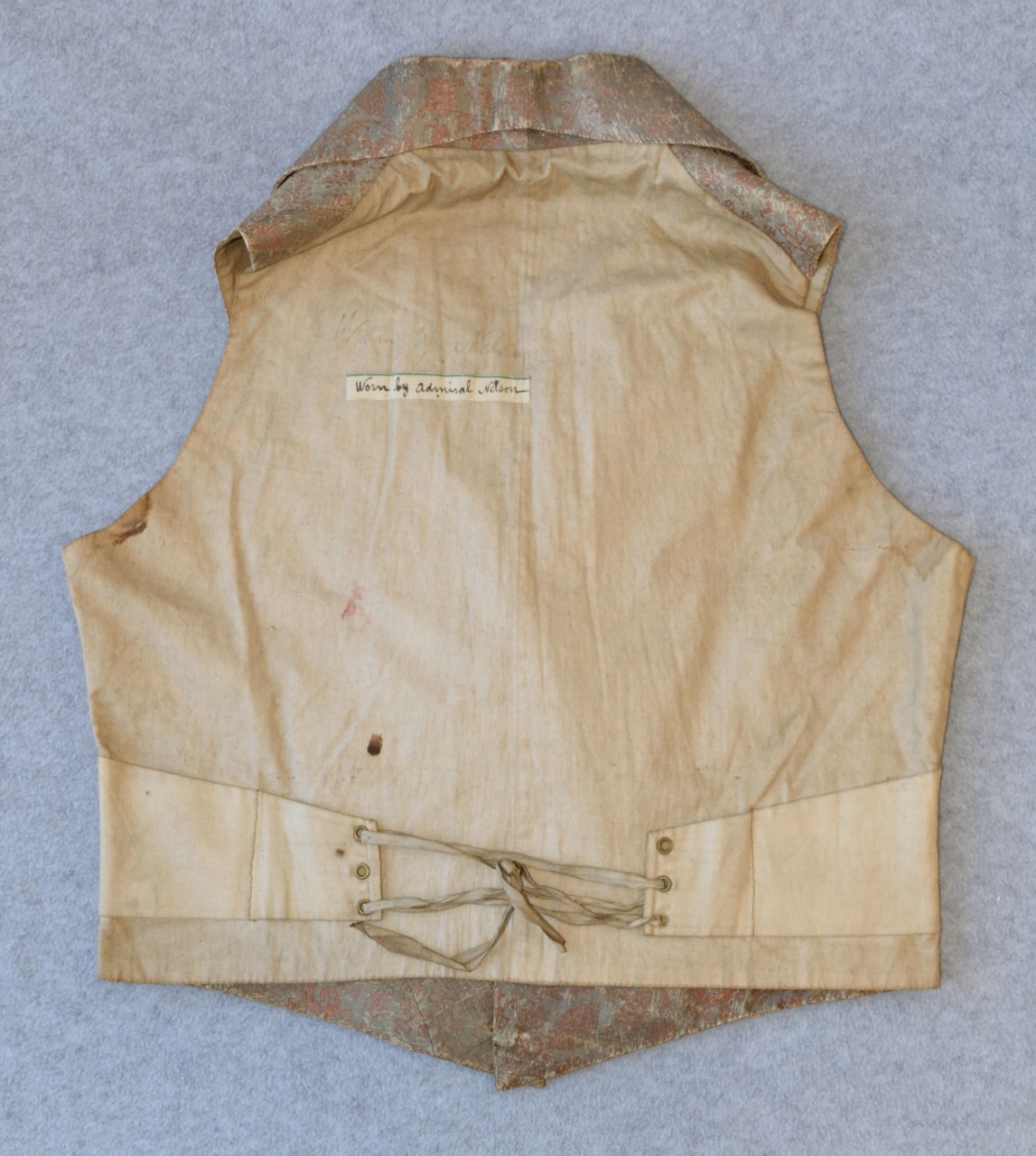 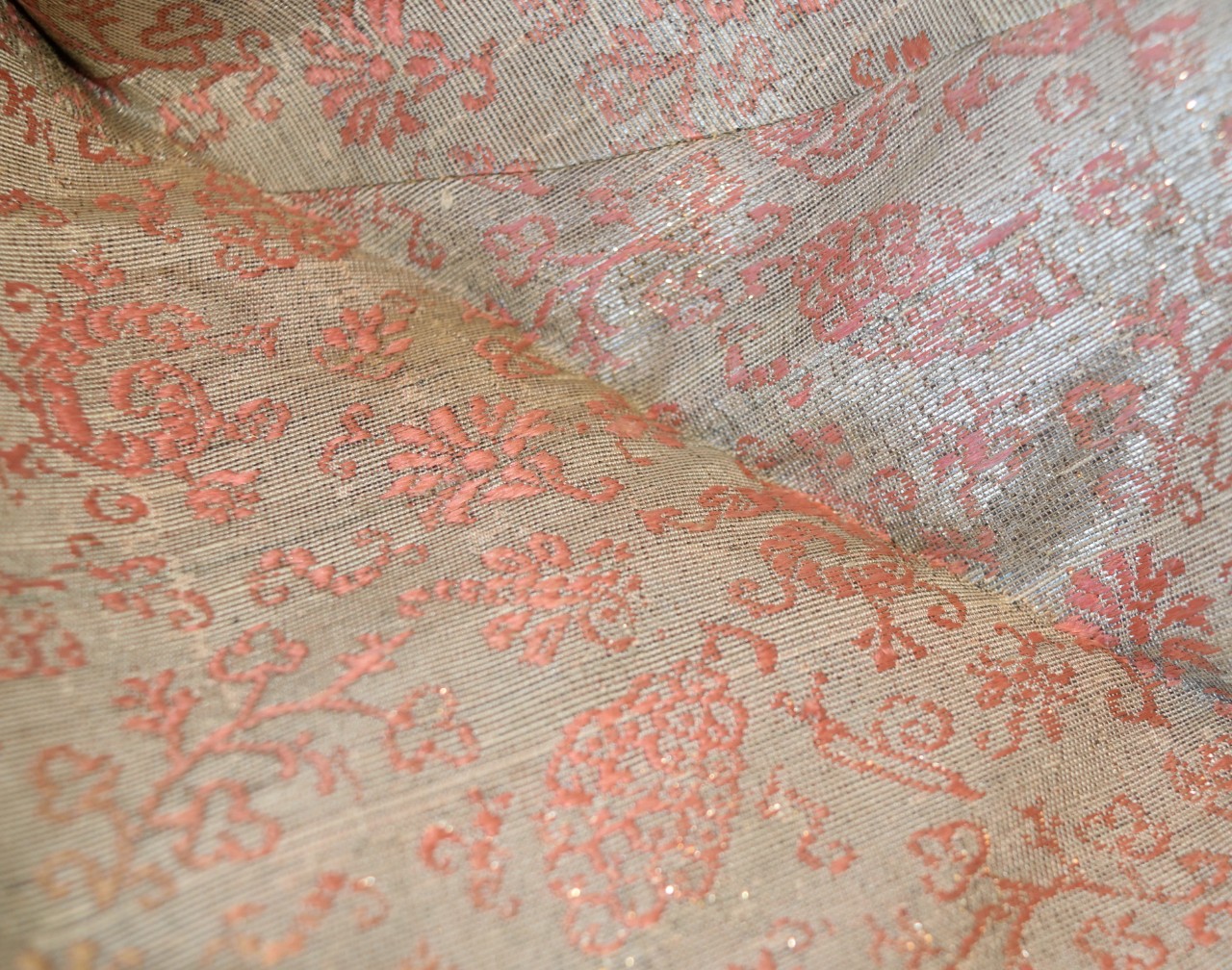