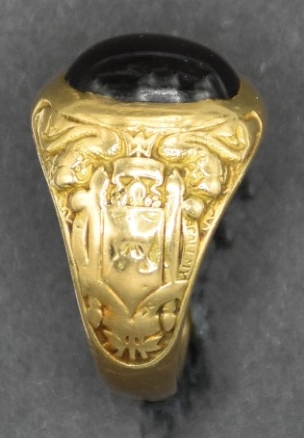 Arleigh Albert Burke was born in Boulder, CO, in 1901. The first Chief of Naval Operations (CNO) to be born in the 20th century, Burke graduated from the Naval Academy in 1923. The Naval Academy class ring is a symbol that signifies the successful and honorable course completion and receipt of a Naval Academy diploma. The Class of 1869 began the custom that near the end of their Plebe year, 4/C midshipmen design their class crest that becomes a featured part of their rings. The United States Naval Academy Museum maintains a collection of Naval Academy class rings from 1869 through to present day. It is the tradition that the first deceased class member's ring is donated to the Museum to represent that year in the official class ring display. 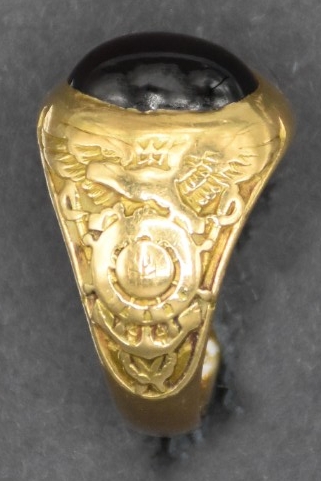