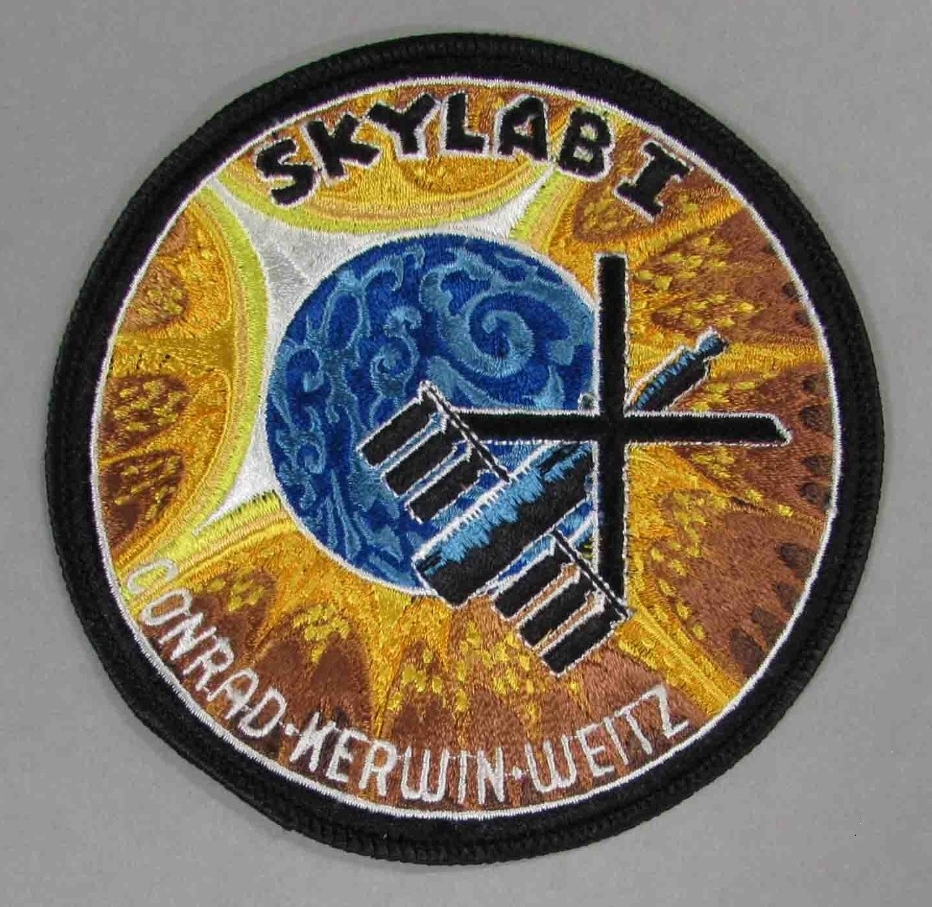 This multicolored patch is the emblem for the first crewed Skylab mission. In the center of the patch, the Skylab station is silhouetted against the blue Earth with rays of Sun emanating from behind the planet. Around the edge of the patch are the words “SKYLAB I / CONRAD-KERWIN-WEITZ."

The first U.S. space station, Skylab, launched into orbit in May 1973. Adapted from the third stage of a Saturn V rocket, Skylab served as a temporary residence and workspace for three successive crews of three astronauts. The longest mission, which ended in February 1974, lasted almost three months. The first Skylab mission was supposed to be called Skylab I and the first Skylab crew was officially designated as Skylab 2, but due to an error the first crewed mission is referred to as Skylab I.

Amongst the inaugural crew of three, was Joseph Kerwin. Captain Kerwin, a pilot and flight surgeon in the US Navy, was selected by NASA to be a scientist-pilot on the mission. As the crew’s only physician, he was responsible for attending to any minor injuries or medical issues that may occur, in addition to his other duties as a scientist-astronaut. After completing 404 orbits, the crew’s lunar module splashed down on 22 June 1973 in the Pacific Ocean and was recovered by the USS Ticonderoga (CV-14). This patch was transferred to NHHC from the Ticonderoga when she decommissioned less than three months after the recovery of the Skylab crew.