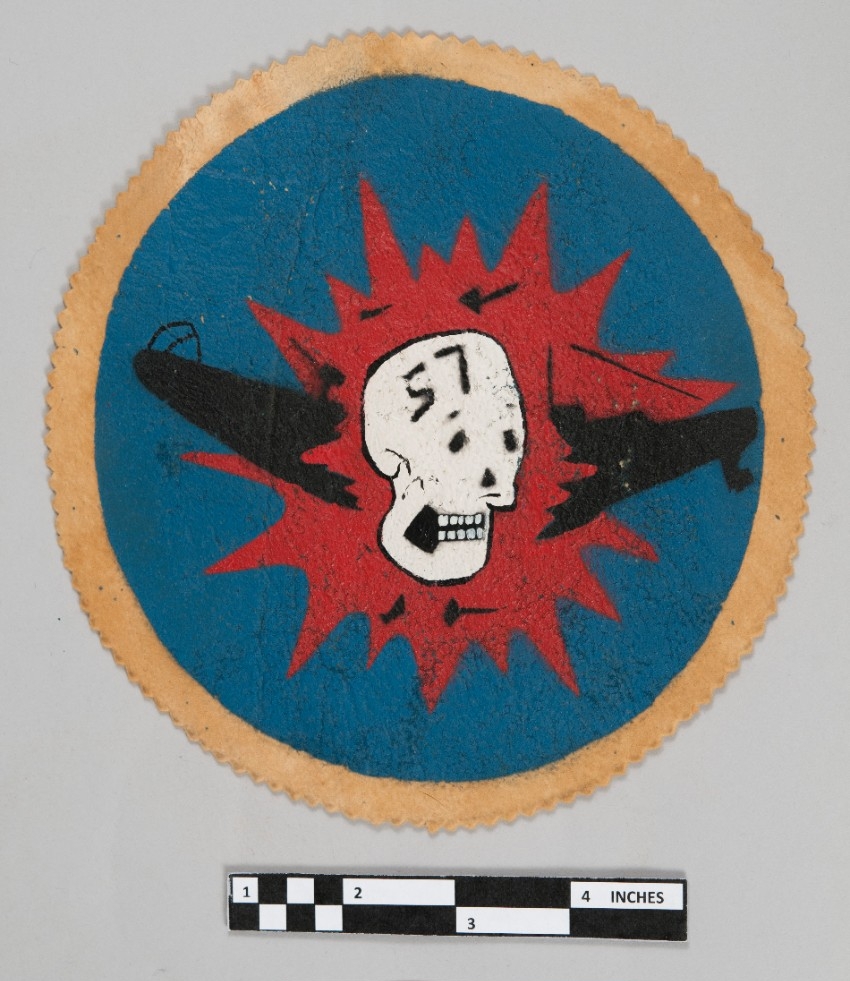 One sailor-made patch commemorating the USS Bugara (SS-331) war patrol of the Gulf of Siam in 1945. The patch is circular fabric cut with pinking shears. The center is painted with a white skull with the number 57 on its forehead exploding through the silhouette of a submarine. The entire design is on a field of blue.

Bugara's third war patrol of World War II was conducted in and around the Gulf of Siam. In the span of just over a month, she dispatched 57 small enemy cargo ships bound for Japanese ports. Respecting the rules of war, the submarine put the native crews safely ashore before sinking their vessels.