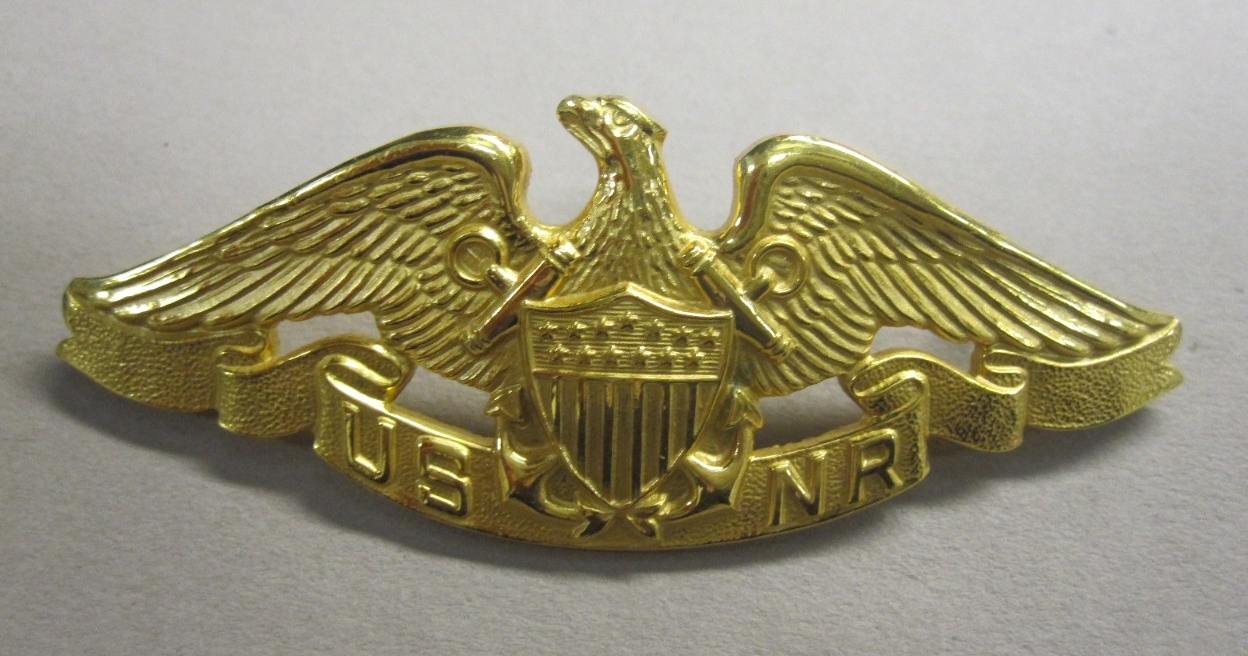 One uniform insignia pin for the Merchant Marine Naval Reserve Officer. At the center of the brass pin is an eagle with open wings. Two crossed anchors and the Federal shield cover its chest. A banner device at the bottom has the raised initials "USNR." The reverse has a pin and clasp brooch soldered to pin.

The Merchant Marines are a corps of actively sailing officers who serve on naval vessels in time of war or national emergencies. The Merchant Marine Reserve had its beginnings in 1913 when it was called the Naval Auxiliary Reserve. For the Navy they serve as shore cadre assigned to Navy Reserve activities in support of sealift readiness. Merchant Marine officers in the Navy Reserve are professionally licensed deck, engineering and radio officers employed in the maritime industry.

The Naval Reserve Merchant Marine insignia was authorized for wear by Midshipman at the United States Merchant Marine Academy in 1942. The eagle design is based on the original eagle carved into the stern of the USS Constitution. The insignia was replaced by the Strategic Sealift Officer Warfare Insignia in June 2011.