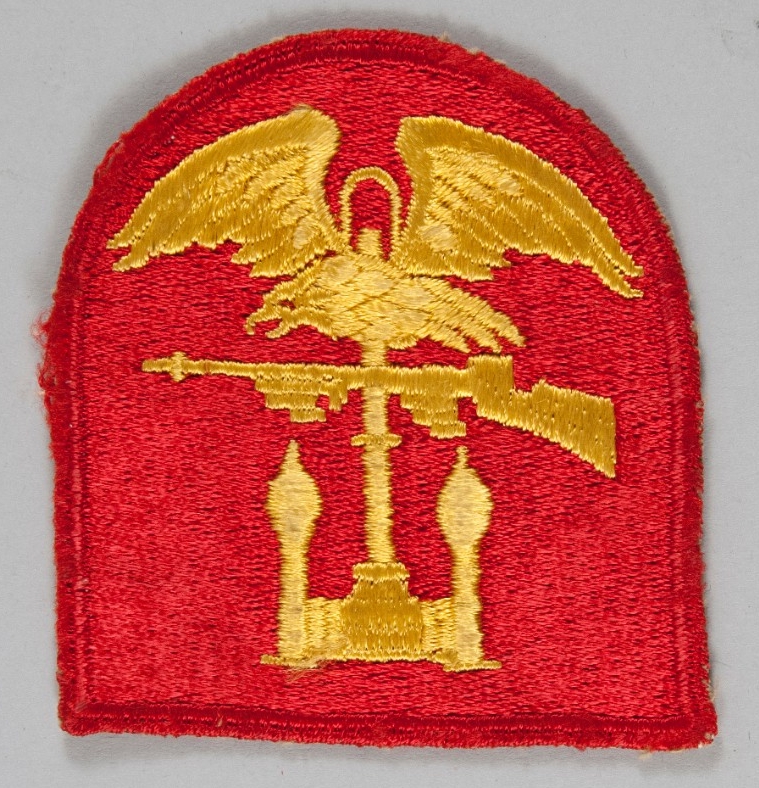 One World War II-era Naval Amphibious Forces shoulder patch. The patch has a domed top and a flat base. It is red embroidered with a gold depiction of an eagle, a Navy stock anchor, and a submachine gun. These three figures signify the close collaboration of air, sea, and ground units in amphibious warfare.

The Naval Amphibious Forces were responsible for transporting soldiers and Marines to shore, often under heavy enemy fire. They were instrumental in the Pacific Theater of World War II, enabling US forces to land at Leyte Gulf, Iwo Jima, and Okinawa, among many others.

The Naval Amphibious Forces insignia was authorized in June 1944 to be worn by enlisted personnel who either:

By the end of 1944, three more shoulder patches received official approval for wear. These included:

In January 1947, the Navy revoked the authorization to wear the shoulder patch.