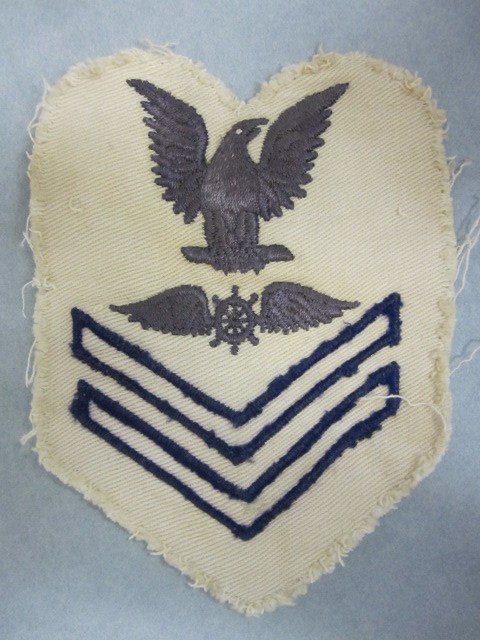 One Quartermaster Second Class, Aviation rating badge. It has a white background with two blue outlined chevrons pointing down, topped by a ship's wheel with wings, and an eagle with outstretched wings. It would be worn on the Service Dress White and the Service Undress White uniforms.

This design is the fourth pattern  for rating badges issued in the 1913 regulations with blue chevrons instead of the earlier red chevrons. The rating for Quartermaster Aviation was only used from 1918-1921. The Quartermaster's duty included the rigging, maintenance, and inspection of planes.

The unusual shield shaped design of the rating badge was common in the World War I period. The rating badge is unusual in that the chevrons should be solid rather than an outline as shown here.