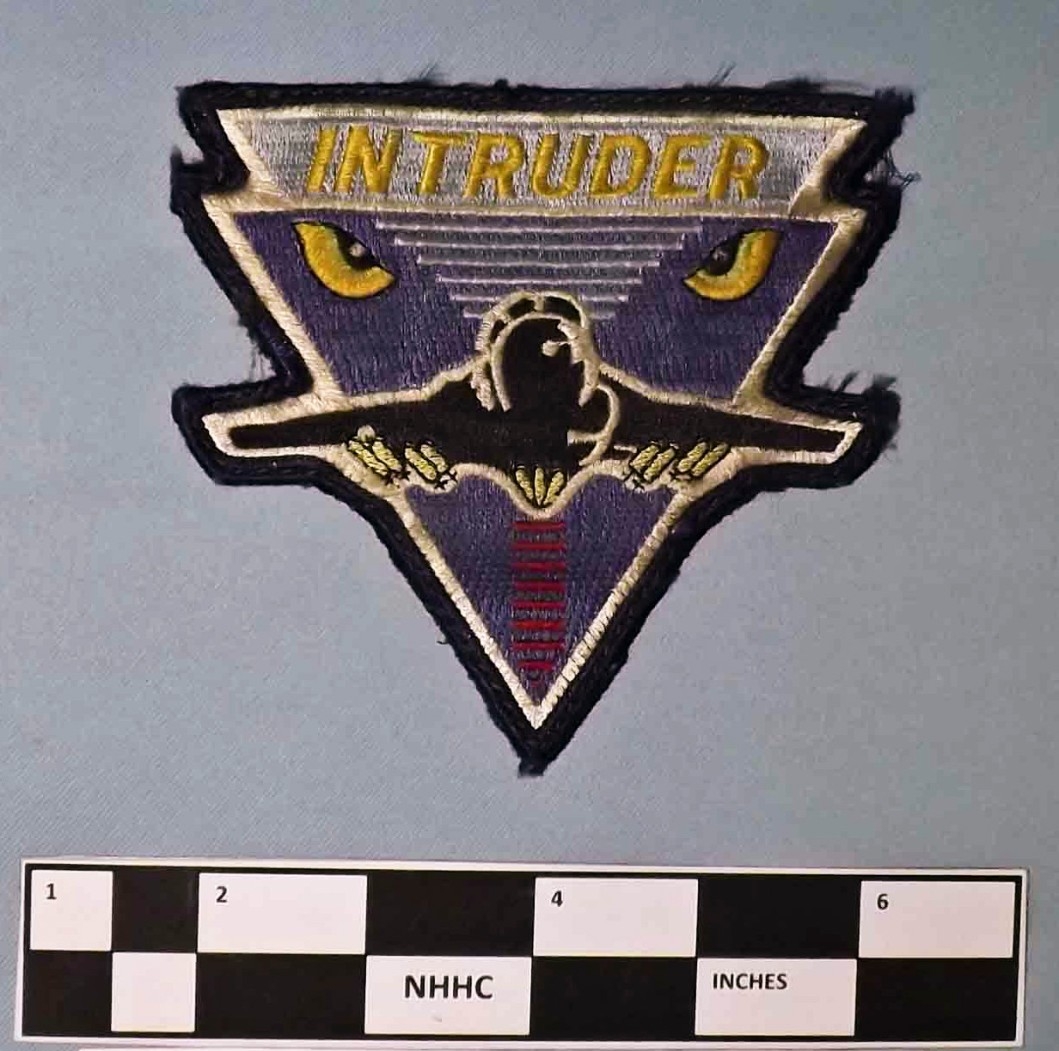 One flight suit insignia patch for the A-6 Intruder. This patch was worn by LCDR Jim Jenista of VA-128 during the Gulf War. LCDR Jenista served as a Bombardier/Navigator in an A-6 on the USS Theodore Roosevelt (CVN-71) during Operation Desert Shield and Operation Desert Storm.

The Grumman A-6 Intruder began its life classified as A2-F1. On April 19, 1960 the A2-F1 Intruder made its first flight.  The Intruder was redesignated A-6 in 1962 and entered service in 1963. It became known as the world's first all-weather attack aircraft.

The Intruder provided the capability to launch low-level strikes against targets at extended ranges without regard to darkness or weather conditions. Serving throughout the Vietnam War, the A-6 continued as the Navy's front line medium-attack aircraft through Operation Desert Storm, during which Navy and Marine Corps A-6s logged more than 4,700 combat sorties. They were not retired until 1997.