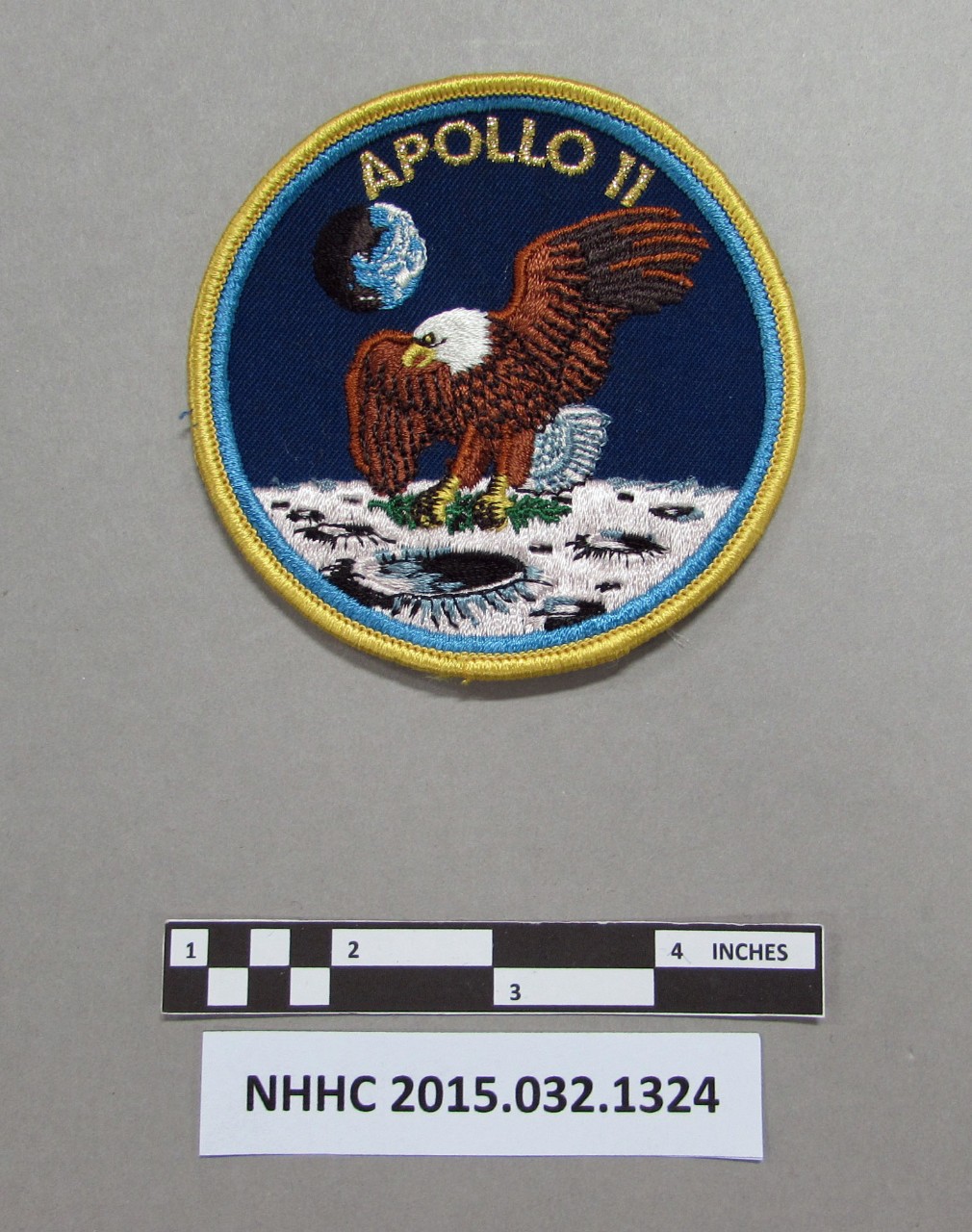 Once fabric Apollo 11 misison patch. In the center of the circular patch is a brown and white eagle, its wings outstretched, grasping an olive branch between its talons. Over its right wing is the Earth with the left side in shadow. The eastern seaboard of the United States and parts of the northern portion of South America visible in dark brown. A scattering of what clouds covers the blue oceans. The eagle hovers over a white crater-pocked moon surface. “Apollo 11” appears across the top center of the patch in yellow. There is a light blue border around the circumference of the patch and a yellow border outside the blue.

This is the official insignia of the Apollo 11 mission. Following the tradition set by previous space missions, the Apollo 11 astronauts designed it themselves. The embroidered insignia adorned their flight suits, jackets, and recovery suits. It was also screen printed onto the chest of their spacesuits.

There is a notable inaccuracy in the patch design. The Earth is shown with the left side in shadow. When viewed from the moon, it is actually the southern hemisphere of the Earth that is in shadow.